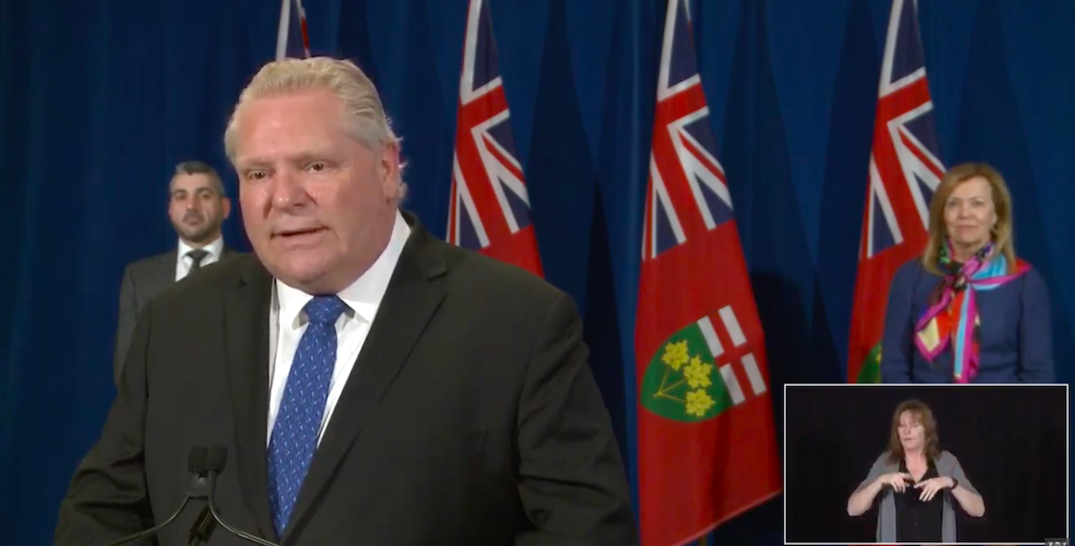 Premier Doug Ford and Health Minister Christine Elliot’s COVID-19 test results have come back negative, after getting tested on Wednesday.

Their Wednesday briefing appearance was cancelled right before the update on universities and colleges, when it was revealed that Education Minister Stephen Lecce had come into contact with an infected person, prompting him to get tested.

Lecce has since tested negative for the virus.

“To be clear, both Premier Ford and Minister Elliott have had no known contact with anyone who has tested positive for COVID-19, and as a result, there is no need for either of them to self-isolate,” the premier’s office said in a statement.

But both will continue to follow public health guidelines.

Ford and Elliot are expected to attend an announcement at Queen’s Park at 1 pm, according to the Ontario advisory, resuming their daily briefing appearances.

Also in attendance is Minister of Long-Term Care Merrilee Fullerton and Minister of Children, Community, and Social Services Todd Smith.

On Tuesday, Ford’s nephew, Toronto councillor Michael Ford, announced that he had tested positive for coronavirus.

He will be self-isolating for 14 days, working from home.

The premier’s office said that they wish Councillor Ford a “speedy recovery” and added that the premier and councillor have not been in contact for two weeks.