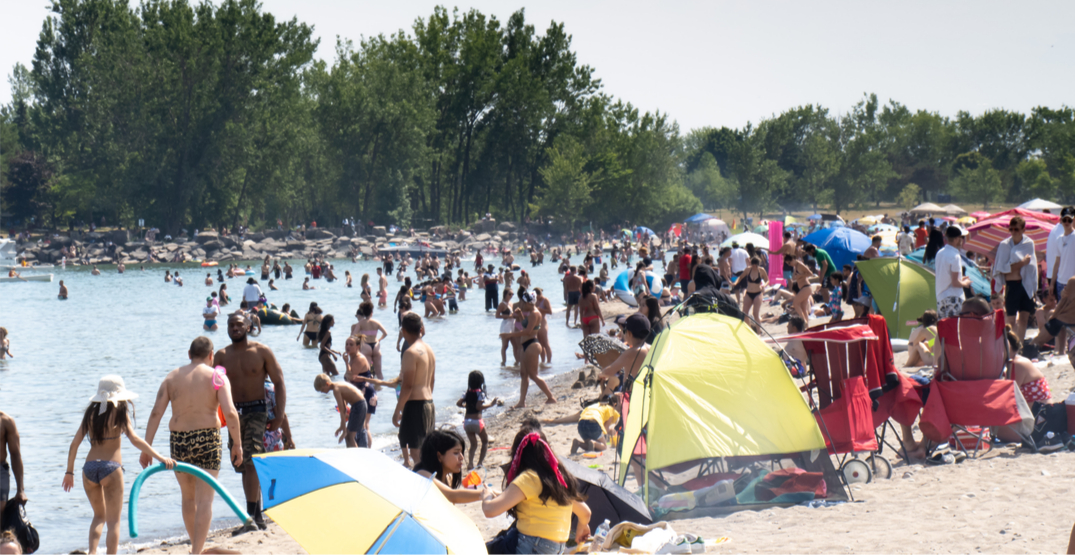 Premier Doug Ford said that he feels “sorry” for Toronto residents living in downtown condominiums, houses, and townhomes after seeing the overcrowding at the city’s beaches on the weekend.

During his daily briefing, Ford acknowledged that these residents may want to get outside.

“There are so many people living in condos in downtown Toronto. I feel sorry for them. They want to get out. You start going squirely in a house or a condo or a townhome. You want to get outside. There’s only so much space here and only so many beaches in Toronto,” he said.

Toronto’s Centre Island Beach was among the various overcrowded beaches.

“I saw pictures of Centre Island. It was one of the islands that was just absolutely packed.”

Ford encouraged residents to go to an Ontario Park or take a drive, but to also be careful.

He also strongly encouraged people to practice physical distancing and to wear a mask.

“I ask the people, plead with the people – practice social distancing, it’s critical.”

Just over a week ago, the City of Toronto reminded the public of the fines that may be given at any of the local beaches.

“Alcohol is not permitted at parks or beaches,” said the City. “You can receive a $300 ticket for consuming alcohol in public spaces.”

But that’s not the only fine that can be issued this summer.

“While visiting a beach or park, people must practice physical distancing and avoid crowding. Under the City’s physical distancing bylaw, any two people who don’t live together, who fail to keep two metres of distance between them in a City park or public square, can receive a $1,000 ticket,” says the City of Toronto.

“Provincial orders restricting gatherings of more than 10 people who are not members of the same household are in effect.”

So, whether you’re playing volleyball or enjoying a picnic, be sure to keep your distance.

City beaches have also officially opened, with lifeguards on duty daily from 11:30 am to 6:30 pm.

The beaches that are officially open include: