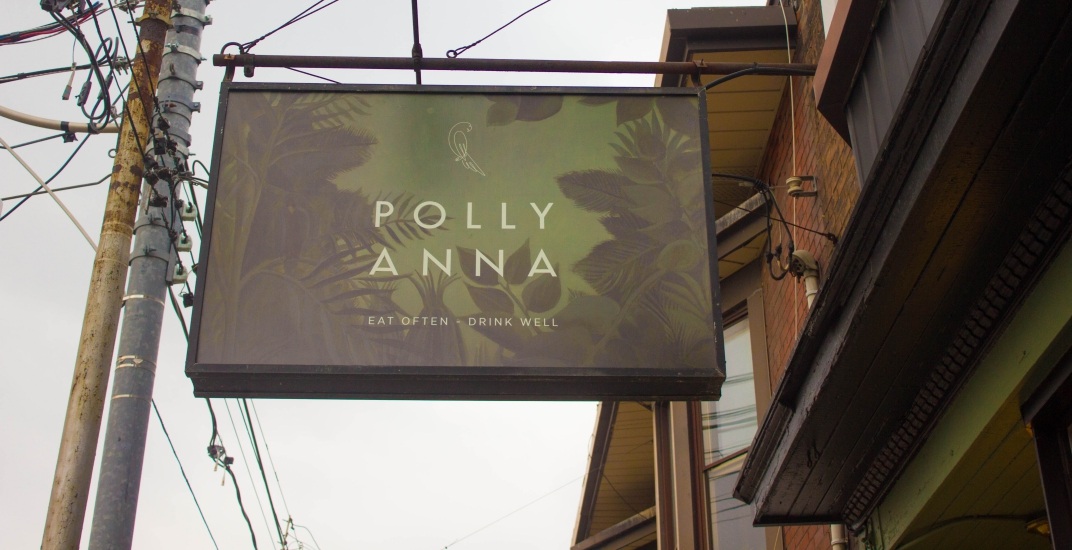 New on Toronto’s east side, Pollyanna is a New York-style bistro and the third offering from Halifaxers Joey Skeir and Cherie Stinson, the duo already known for introducing East Coast flavour to Leslieville with the 2014 opening of Eastside Social followed by the Thirsty Duck in 2015.

Stinson of HGTV Restaurant Makeover fame says that New York has always been one of their main inspirations for creating awe-inspiring eateries. “We love spending time in New York,” Stinson explains. “Every time we do a new restaurant we take our chefs to New York and get inspired by what’s happening there.”

This is visible in the couple’s new Gerard Street East space, the 50 seat spot is definitely a nod to the French-inspired bistros that began to populate Manhattan throughout the forties and sixties. 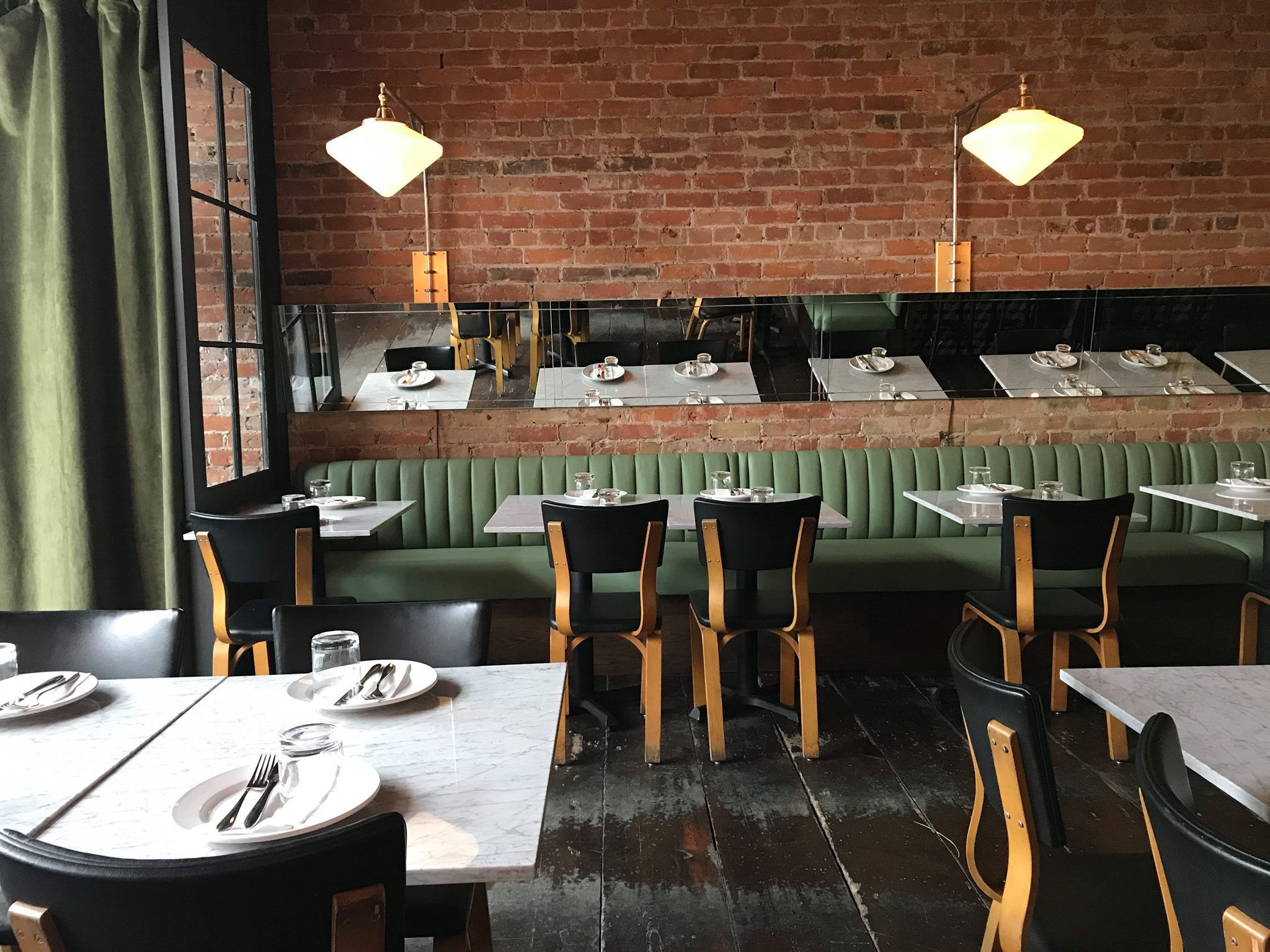 Black and white tiles border pastel banquettes against an exposed brick wall, and a fully stocked bar serves classics with unique flavors like the espresso martini, a mix of Bailey’s, Kahlua and nutmeg and lavender brown, a bourbon flavored with lavender honey.

Pollyanna’s menu diverges from the coastal fare that the couple drew on for their first two restaurants, instead offering an eclectic mix of global mash-ups and ingredients spanning Lebanon to Italy. 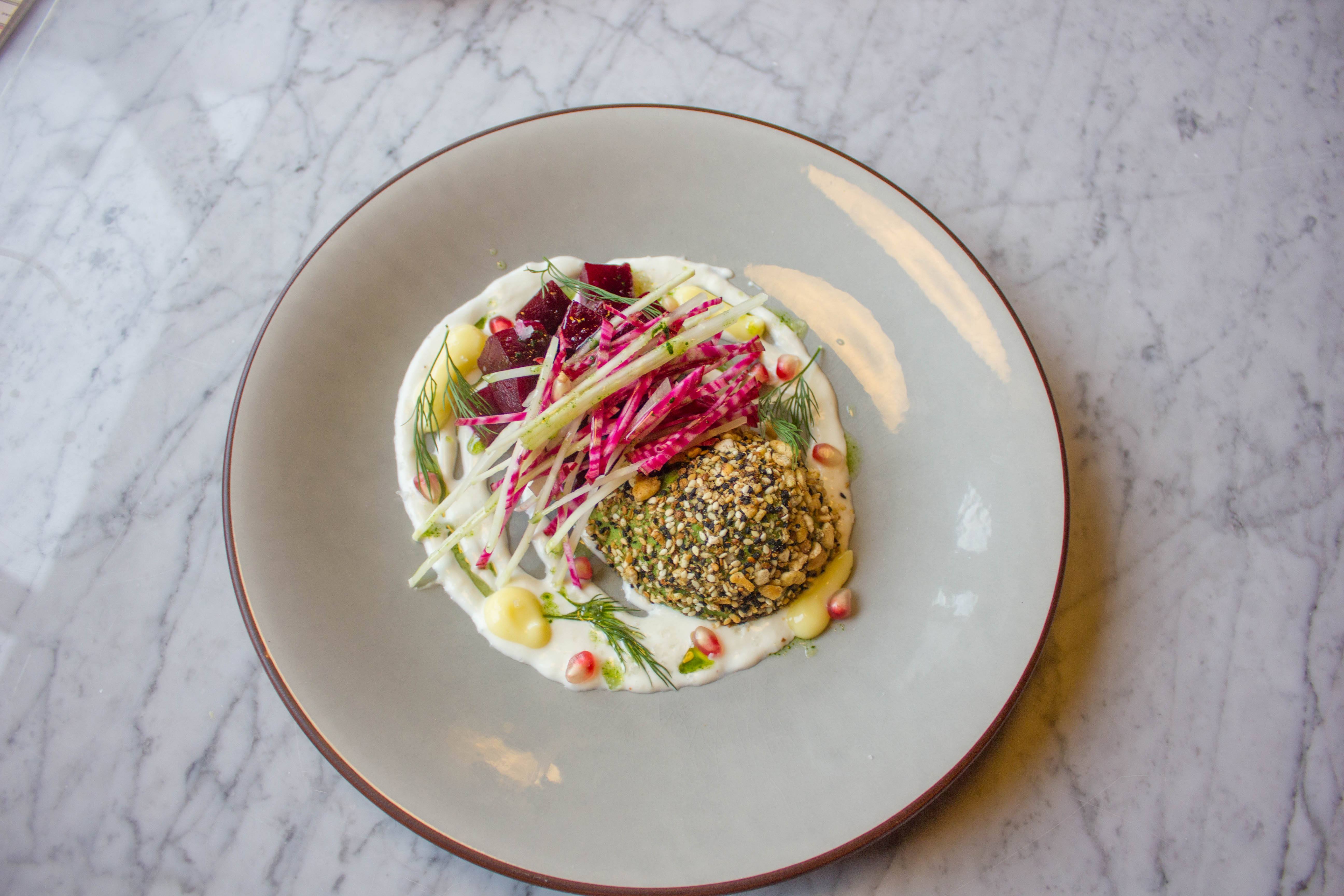 Their unique take on an avocado salad with ingredients that vary season to season features a half avocado crusted with Egyptian dukkah, a mixture of nuts, spices, and herbs. While their crispy pork belly, a wide-reaching global delicacy is served with polenta, a popular Northern Italian dish. Other Italian influences: their mushroom pappardelle and pitch-black fettuccine, dyed with squid ink, an ingredient common to Japan, China, New Zealand and Mediterranean countries.

Head chef Amber Farrell says that the menu is influenced by the diverse mixture of food that she and executive chef Stefan Skeene (who also oversees Eastside Social) grew up with in Toronto. “We wanted to draw from countries spanning the Mediterranean, Africa, France, Italy…there’s a lot of places you can experiment with,” Farrell explains. 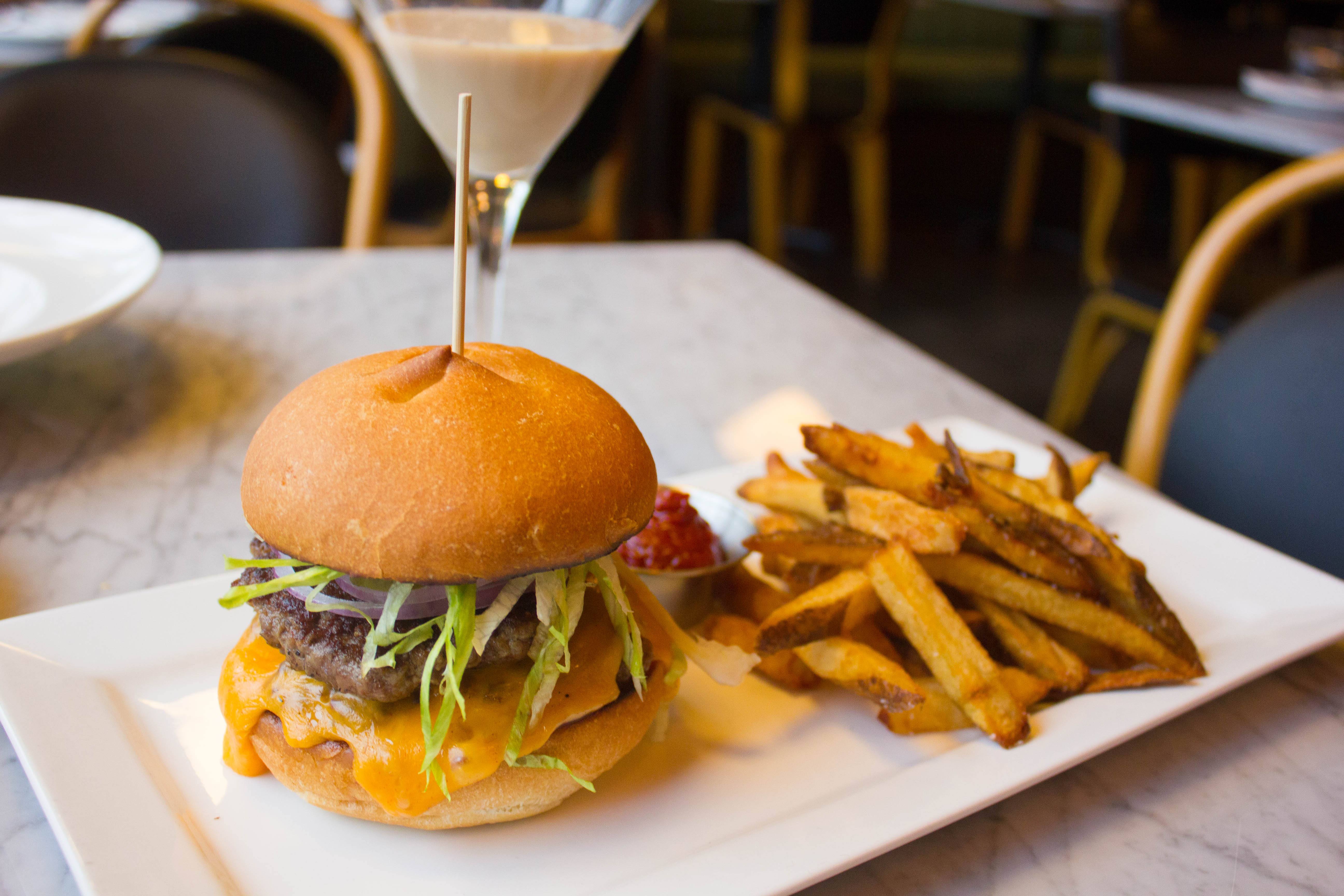 The restaurant is currently only open in the evenings, but Skeir and Stinson plan to start serving brunch in the new year and will open a 46 seat patio out back next summer. 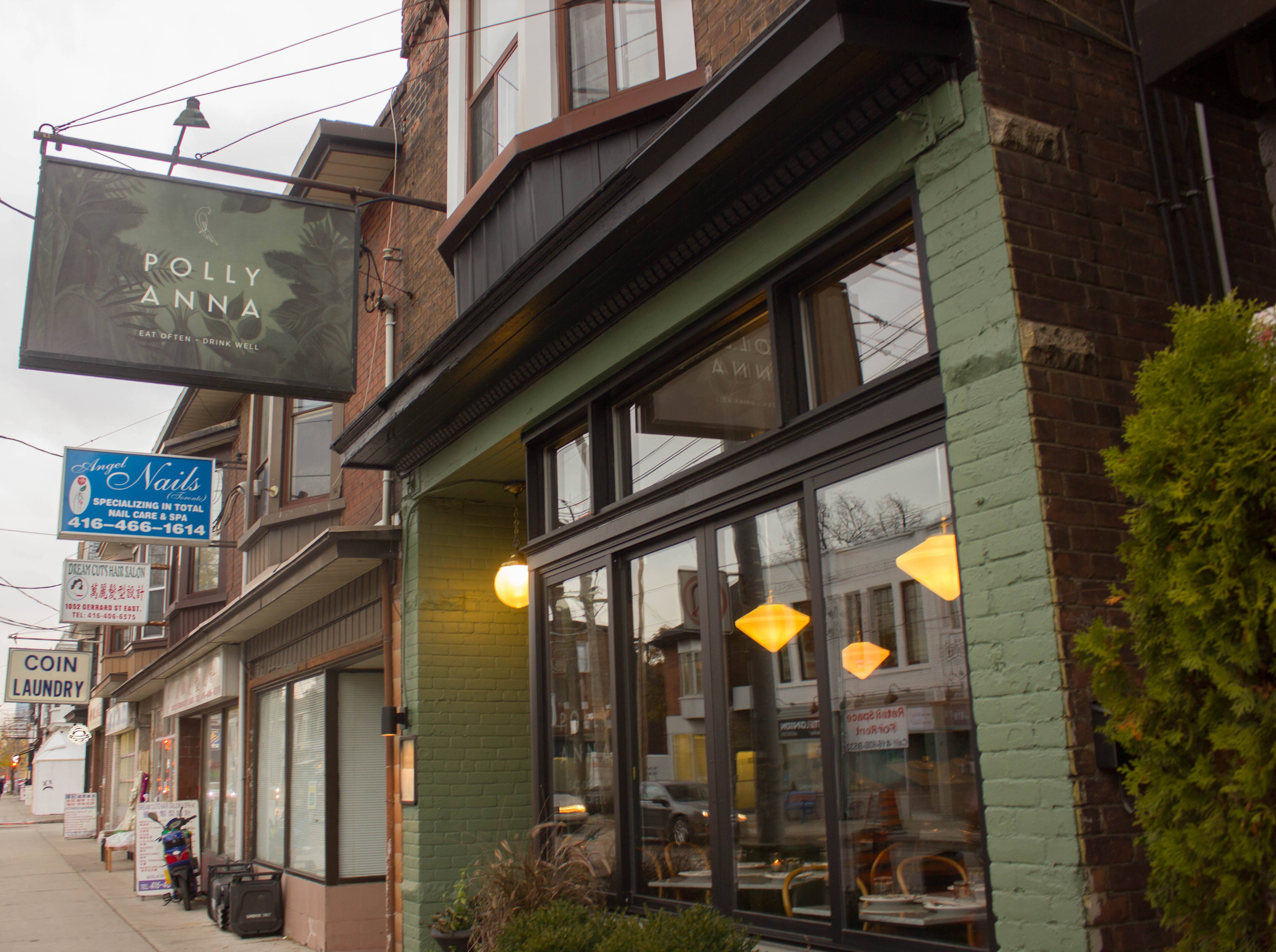 Remarking on the East End’s development and expansion, the couple who has lived in Leslieville for 15 years welcomes the competition. “It’s not a West versus East mentality it’s more of a how can we differentiate ourselves from say the Queen West neighborhood,” Stinson explains. “What can we offer that will make people want to travel this far. The most important thing is that the East End is becoming part of the buzz in Toronto’s restaurant scene.”