A majority of Toronto residents are scared of police, according to a recent poll.

The Pulse of Toronto Poll, conducted by Dart Insight on behalf of NewsTalk 1010, showed how residents felt about cops in its Public Safety and Toronto Police Issues portion released on Thursday. 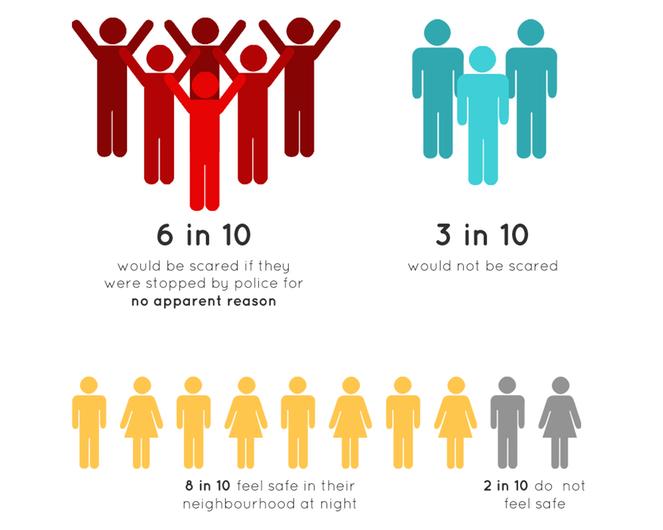 This is a huge jump from NewsTalk’s 2003 poll, which found that just 34% of Torontonians indicated that if they were pulled over by the police and suspected of something they’d be “frightened by how they might treat me.”

But Torontonians generally feel safe in the city, even after dark.

According to the Dart poll, eight in 10 (77%) of residents in the city feel safe walking around their neighbourhood after dark.

One quarter (23%) disagree that they feel safe walking around their neighbourhood after dark, and are most likely to be those who are least educated (37%) and women (30%). Geographically, those who are most likely to feel this come from Scarborough (34%), followed by those in Etobicoke (24%), North York (22%) sees, York/East York (16%) and the Old City of Toronto/Downtown.

These are some of the findings of a DART Insight poll conducted September 16-19, 2017 on behalf of NEWSTALK 1010 Toronto for its fall “Pulse of Toronto” series using a sample of 814 adults was surveyed within the Toronto (proper) boundaries using the Maru/Matchbox online panel. The poll is accurate to within +/ – 3.9 percentage points, 19 times out of 20, had all Toronto adults been polled.