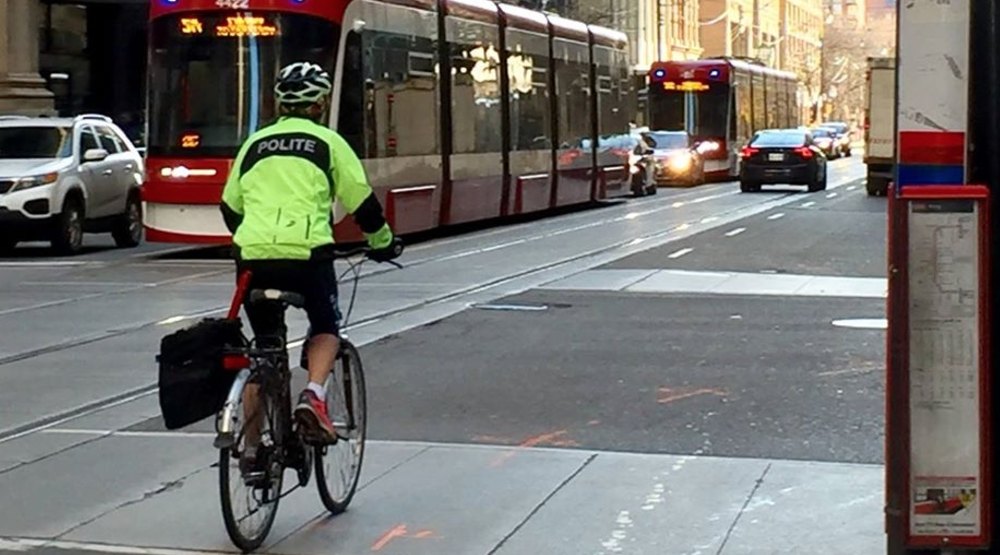 Spotted on the streets of Toronto, this cyclist sporting a hi-vis jacket that cunningly resembles those of Toronto’s Police Bike Unit.

Only read it again.

It says POLITE not POLICE. 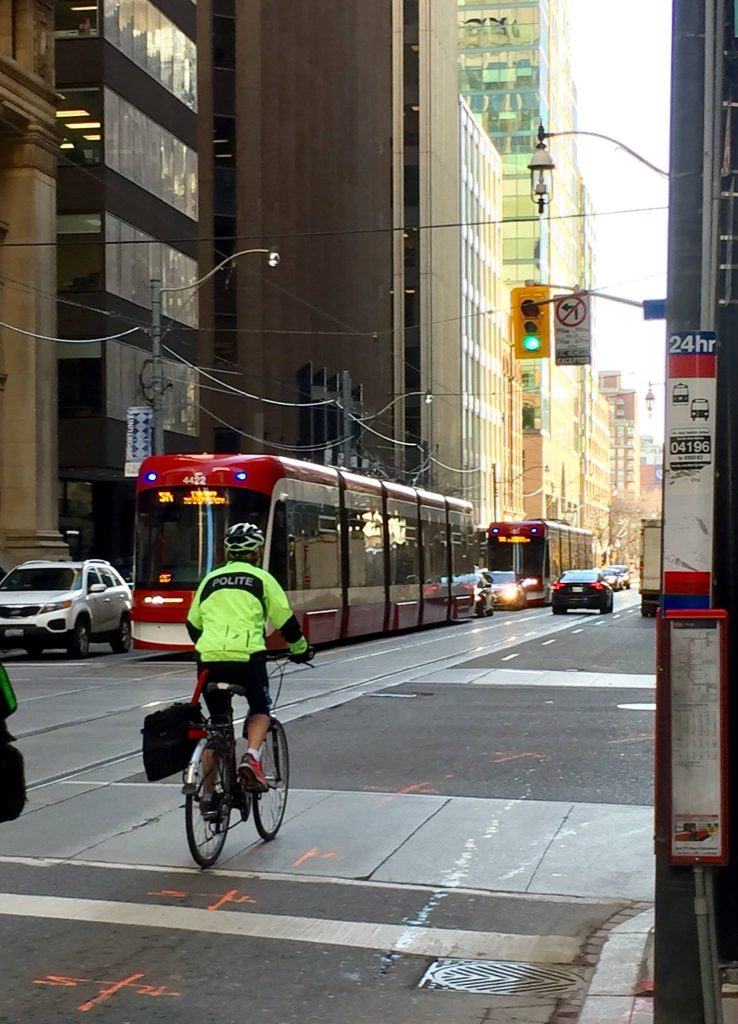 The post to the Weird Toronto Facebook group has already garnered 600+ likes and positive responses. Though one commenter points to a study that finds that the difference of one letter might not have the intended effect:

Overall, the researchers found that variations in the outfits had virtually no effect on how close motorists got as they passed the cyclist. But there was a key exception: Drivers kept a significantly wider—and thus safer—distance from the bicyclist when he was wearing the “police” vest.

It is striking that driver behavior to POLICE was so different to POLITE given the key word differed by just one letter,” the researchers write. “Not only was passing much closer on average with POLITE, but subjectively the experimenter reported feeling much more at risk, and encountered overt acts of aggression from several drivers, when wearing POLITE.

The fluorescent apparel seems to originate from an equestrian safety specialist out of the UK and has since spurred popular spin-offs geared towards cyclists and motorcyclists.

Aside from the questionable effectiveness, others oppose the jackets for very different reasons. A UK petition on change.org has been backed by almost 600 supporters. Not due to the deception mind you, but because “It is destroying the cool biker look… Over night … Bikers have been replaced by yellow minions.”

We don’t know about you, but an army of polite minions running around Toronto kind of just sounds adorable to us.