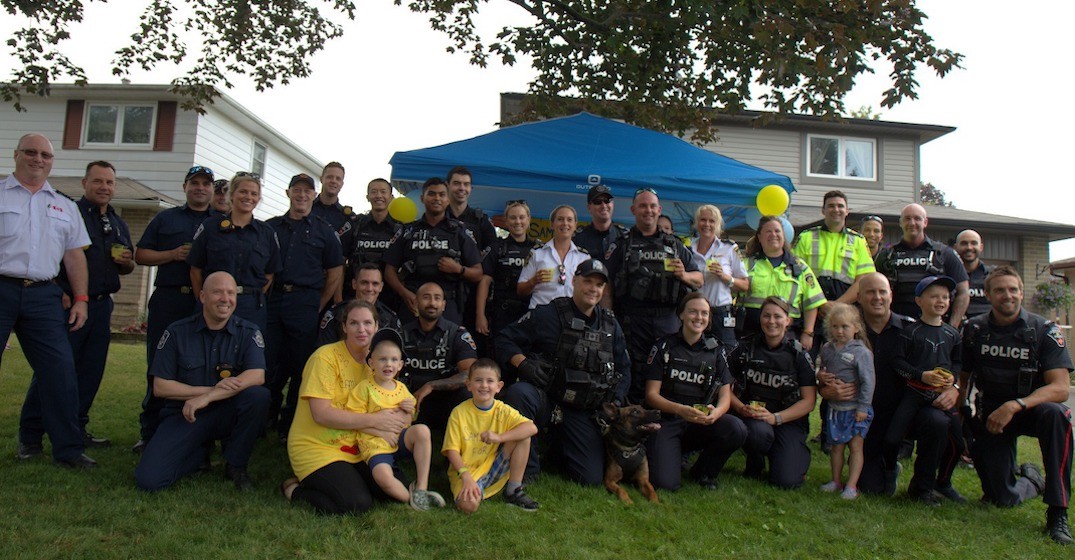 A four-year-old boy battling cancer received an outpour of support for his lemonade stand over the weekend.

Sam was diagnosed with stage four kidney cancer this past March and on Sunday afternoon, he held a lemonade stand at his Cowling Crescent home in Ajax, according to a Facebook post from Colin Williamson.

Cargill, who is also known as ‘Warrior Sam,’ hosted the lemonade stand to raise money for SickKids Hospital, which has helped him during his journey to getting better.

“Sam was nothing but smiles during the visit, and out of all the heroes there today he truly is the real hero and made some great lemonade,” reads Williamson’s Facebook post.

A video posted on Reddit shows numerous police cruisers, ambulances, and fire trucks arriving at the stand with their sirens blaring and lights flashing.