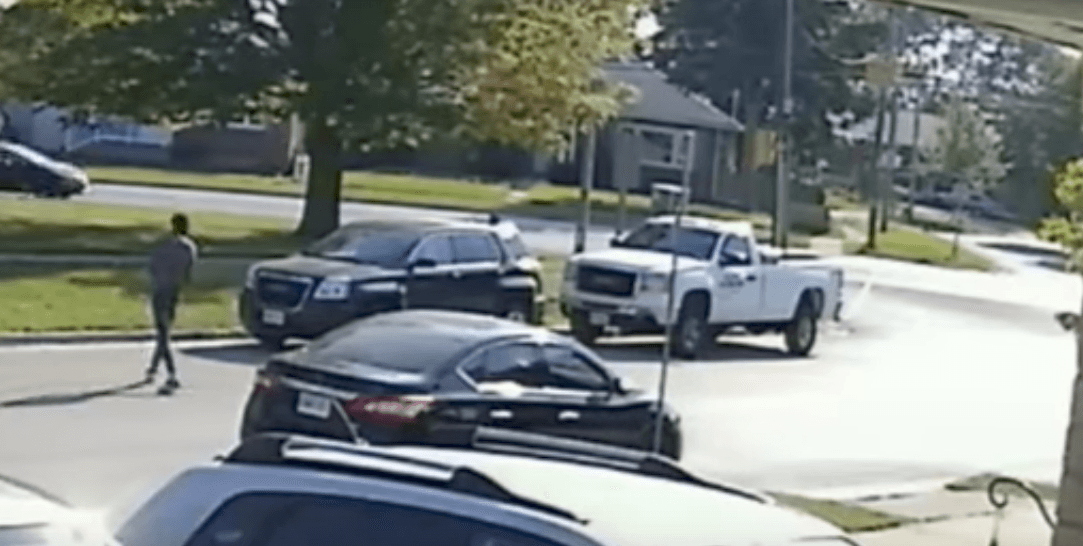 Durham Region Police Service are looking to identify a suspect after a 22-year-old male suffered a gunshot wound in Oshawa.

On Saturday, September 23 at around 4:10 pm, police responded to a shooting incident on Simcoe Street and Wellington Avenue. When they arrived, police found the male suffering from a gunshot wound.

According to police, the suspect approached the victim who was on a bicycle when he made a demand for his jewelry. When the victim refused to give over his personal property, the suspect shot the victim and fled in a vehicle. The male suffered serious injuries and was taken to a Toronto trauma center hospital.

Police have released a video of the shooting, and are asking for the public’s help in identifying the suspect. He is described as: male, black, mid 20s, and he fled in a dark coloured sedan vehicle.

Investigators have identified the vehicle as being a 2013-2015 Nissan Sentra, 4-door all black in colour with tinted windows and black steel rims.