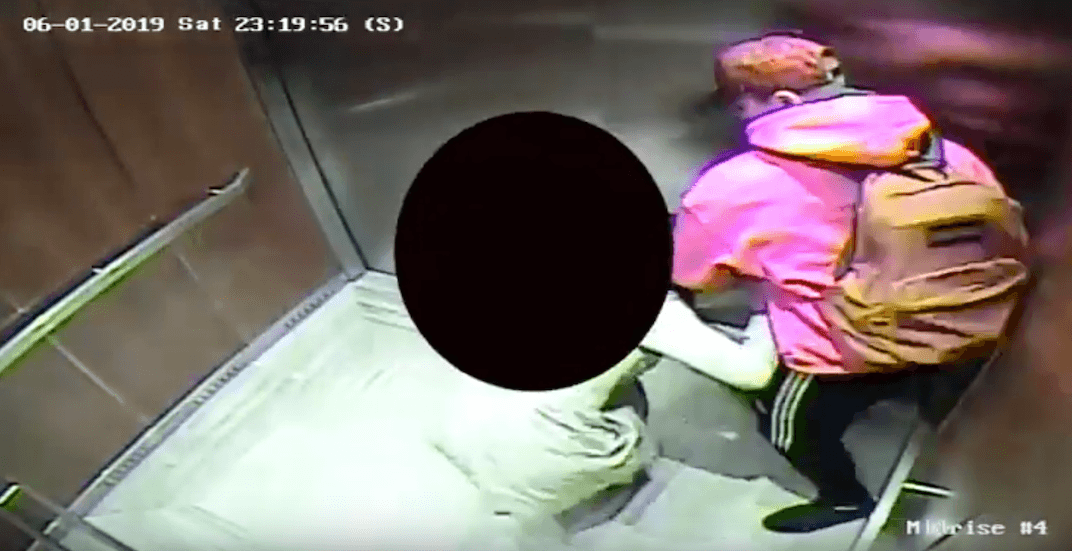 The Toronto Police have released security footage of an alleged violent robbery and assault that took place in early June with the hopes the public can help identify a suspect.

According to police, the incident took place around 11:20 pm on June 1, 2019, when a man followed a 35-year-old woman into a condo building in the area of St. Clair Avenue West and Avenue Road.

Security footage shows the woman walk into an elevator and shortly after a man follows her inside. As the door closes, he walks toward her and attempts to grab her purse. According to police, the man indicated he had a weapon.

The footage then shows the man knock the woman to the ground, knocking her glasses off in the process. After a violent struggle, the man appears to assault the woman and steal her purse.

Once the man has her purse, the elevator doors open and he can be seen running out. Seconds after, he re-enters the elevator and appears to wipe off the elevator buttons and takes the woman’s glasses.

The suspect is described as in his 30s, 5’9″, with a thin to medium build, a fair complexion, and with very short, straight light brown hair.

He was wearing a bright pink hoodie with ‘Canada’ written on the front in white letters, a red patterned baseball cap with solid black brim with a ‘Deadpool’ logo on it, black Adidas track pants with a white stripe down the leg, black runners, and an orange Jansport backpack with black straps.

Police say he is believed to be armed, violent and dangerous. If located, do not approach him, call 9-1-1 immediately.