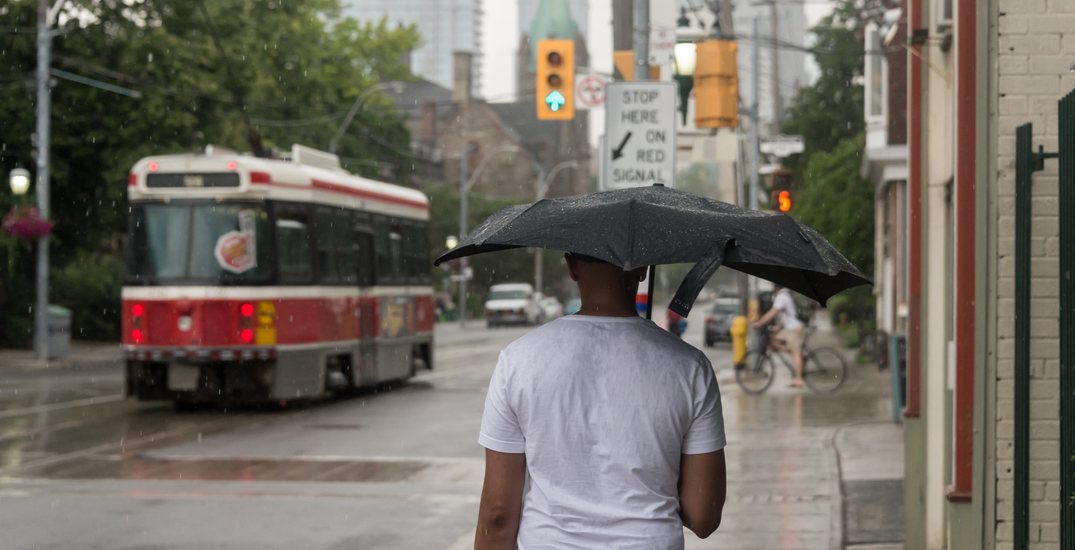 Toronto Police say it’s better to be safe than sorry after mistaking an umbrella for a large assault rifle near a busy downtown expressway on Tuesday.

Police say they began investigating near the southbound Bayview Bloor ramp near the Don Valley Parkway after receiving a report of a man with a large assault rifle slung over his shoulder.

At the time, police advised the public the man was wearing a red striped or checkered shirt and khakis and if he was spotted, the authorities should be notified.

However, shortly after, the Toronto police tweeted that officers were speaking with a man who matched the description and he was actually carrying a closed umbrella, rather than a rifle.

When police realized the object was a harmless umbrella, they posted a public update accompanied by the hashtag #bettersafethansorry.

Officers speaking with man who matches description.
He is not armed with a rifle, rather, a closed umbrella.#BetterSafeThanSorry #GO1635004 ^vkhttps://t.co/MUrHiStoai