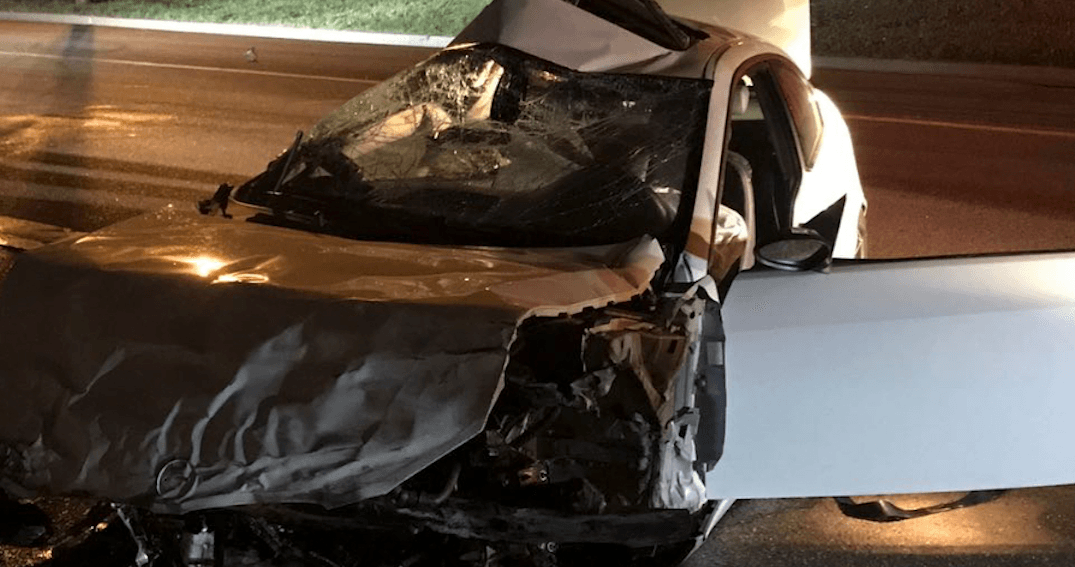 Police are looking for witnesses of a car crash that took place early Sunday morning.

According to police, the accident occurred on Sunday, August 5, at 2:30 am at Bartor and Clayson Roads, near the Sheppard Avenue and Highway 400.

The incident was captured on video, and later posted on a popular Toronto Instagram account focused on high end cars.

The video shows a speeding BMW 335i losing control while driving, and crashing into a barrier and a hydro pole.

No deaths or injuries were reported, but police are looking for the driver of the taxi cab in the video, along with the person who recorded the crash.

Anyone with information or who may have witnessed the accident is asked to contact police at 416-808-1900.