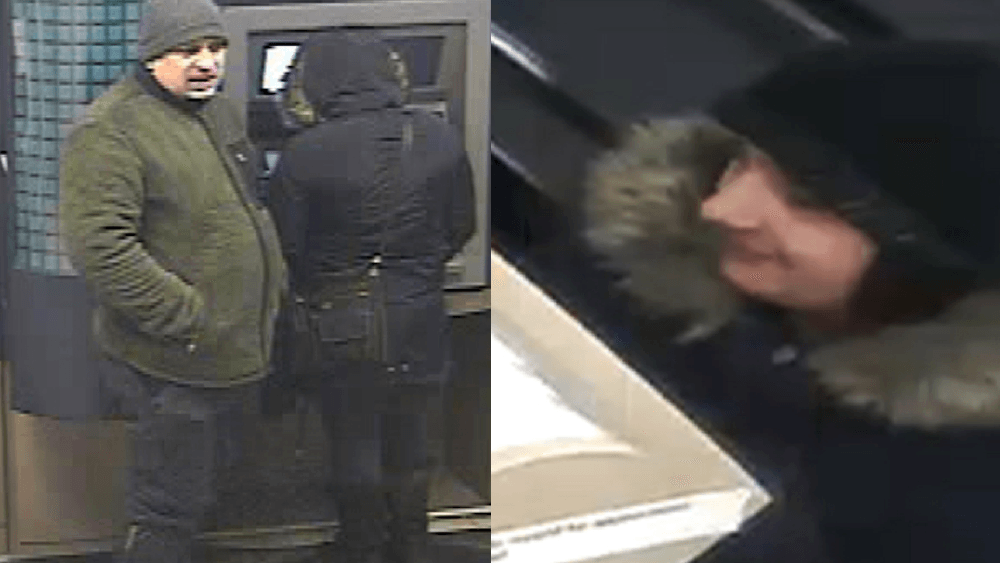 Durham Region Police have released surveillance images in hopes of identifying a male and female who used a distraction technique to steal a debit card from an unsuspecting victim.

According to police, on Friday, January 25 between 5:00 and 5:40 pm, the male suspect approached a male who was in line at Freshco on Brock Street South in Whitby.

The suspect handed a $5 bill to the male, saying he must have dropped it while paying for his groceries. The male took the money and thanked the suspect.

While the male was loading his car in the parking lot, the suspects approached him. The male suspect was upset and said the $5 was actually his wife’s money. The victim took out his wallet and returned it.

At that time, one of the suspects was able to steal cards from the victim’s wallet without him knowing. The suspects used his debit card at an ATM at the RBC branch across the street.

The victim reported the incident to police when he realized his card was missing and had been used fraudulently.

It is possible the same suspects are responsible for a similar incident in the Cobourg area.

Suspect #1 is described as male, aged 55 to 60 and wearing a green jacket with a black pocket.

Suspect #2 is described as female, aged 55 to 60 and wearing a black coat with fur trim and a black hat. 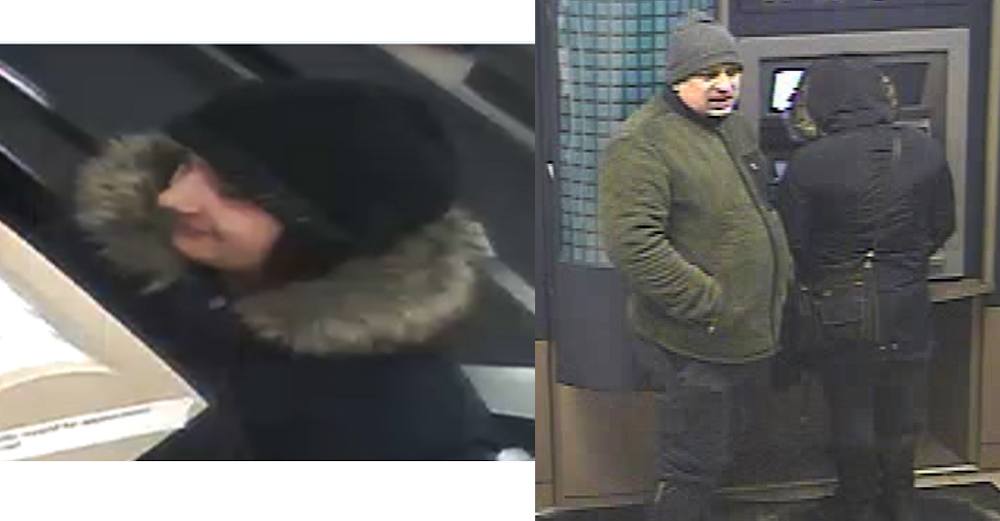 Police are also asking the public to be mindful of another, similar type of scam: The Grandparent or Emergency Scam.

In these instances, a fraudster will contact a senior by phone and claim to be a grandchild who is in trouble and needs money sent to them via cash transfer. The victim is instructed not to tell anyone.

In a recent case, a victim was told by their “grandson” that he needed money that day, as he had been charged for distracted driving. The victim was advised to have the money by a set time and someone would then attend their home to pick up the cash.

The financial institution intervened moments before any address information or cash was exchanged, and police were not called during this incident.

Police remind the public that the best way to protect yourself from this scam is to contact a family member to confirm the whereabouts of the loved one claiming to be in trouble.

Never give out personal information, including banking, telephone number and address, and do not send money.

Anyone with new information about this investigation is asked to contact D/Cst. Stuart of the Central West Division Criminal Investigations Bureau at 1-888-579-1520 ext. 1829.