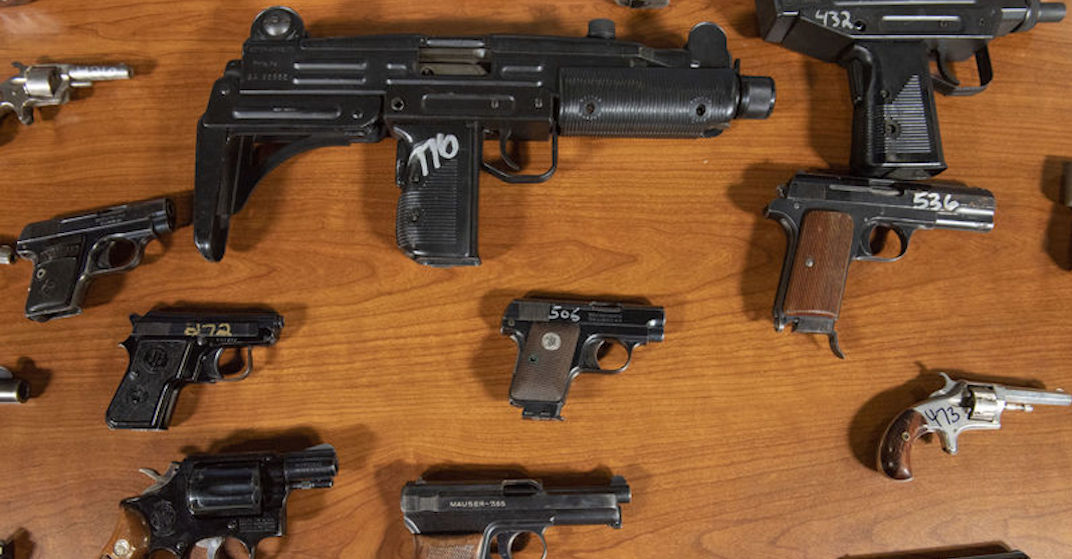 As shootings continue to plague the city, all three levels of government have committed to providing the Toronto police with additional funding to curb gun violence in the city.

This commitment includes ensuring Toronto police officers have the resources they need to keep neighbourhoods safe, according to a statement from the city.

On Monday, Mayor John Tory announced he has brought all three levels of government together to provide an additional $4.5 million to the Toronto police to help fund immediate efforts to address the increasing gun violence, which police have directly linked to street gang activity.

The announcement follows a violent August long weekend in the city, which saw 17 people get shot in 14 separate incidents.

“I want to thank the provincial and federal governments for joining with the City of Toronto to take immediate action,” said Tory.

Tory said the additional resources for local police will fund an intensive focus on those responsible for inflicting gun violence in the city, as well as increasing police presence to keep communities safe.

These additional resources for our Toronto Police Service will fund an even more intensive focus on those responsible for inflicting gun violence on our neighbourhoods as well as increasing police presence to keep communities safe.

The governments agreed to provide the funding immediately to support police efforts to keep communities safe and to help redouble efforts to prevent criminal activity and combat the activities of street gangs.

In the coming days, Chief Mark Saunders will outline the Toronto Police Service’s plans to address the increase in shootings and to deploy additional resources to help further reduce violent incidents.

I will launch our plan in the coming days and we continue to work with our communities to reduce gun violence in our city. Together we will create safer spaces. 2/2

Following the announcement, Premier Doug Ford said the provincial government is “doing everything in its power to fight the recent episodes of gun and gang violence and protect law-abiding citizens.”

“I’m proud we’re taking the necessary steps today to give our men and women in uniform the extra boost they need to go after these violent criminals. They have our backs and we will always have theirs,” said Ford.

Minister Bill Blair said the federal government will continue to support prevention, gang exit, and enforcement initiatives while addressing social and economic issues like housing and employment to create opportunities for young Canadians.