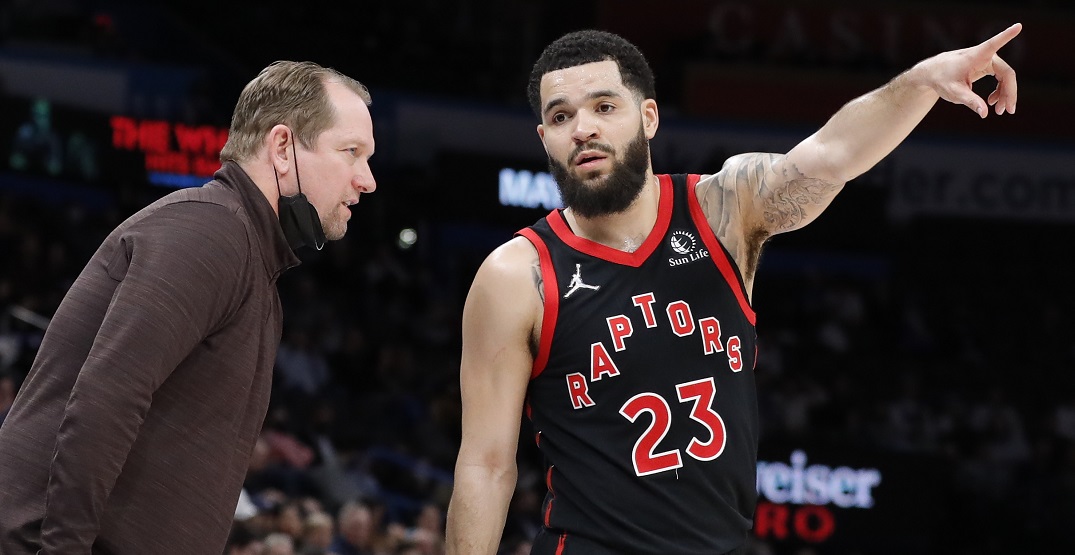 First listed as out with right knee soreness on January 25, VanVleet has seen his injury status be a hot-button topic of conversation ever since then.

Prior to that point in the season, VanVleet averaged 21.4 points, 6.9 assists, and 4.5 rebounds in his 52 games. Statistically, it’s not hard to argue VanVleet has slowed down a little over the last stretch of games while slotting in and out of the lineup. And he knows it.

“I’ll get there,” VanVleet said of reaching his ceiling again. “It just depends on what path you know, we’d like to take to get there. There’s a few different things we can do to get to that point considering where we are in the season.”

The path, if you read between the lines of VanVleet’s saying, is the tough balance between resting and playing. Sitting seventh in the Eastern Conference standings, Toronto’s in a dogfight to try to land one of the top-six spots that would allow them to avoid the play-in round and qualify directly for the NBA playoffs.

The Raptors face a pretty straightforward task: 10 games left on their schedule, with eight of them at Scotiabank Arena.

It’s not clear how many of them VanVleet will end up suiting up in. For now, it’s a big matchup Thursday night at Scotiabank Arena against the sixth-seeded Cleveland Cavaliers, sitting one spot and one game ahead of the Raptors in the standings.

Having VanVleet play — especially with current absences of OG Anunoby, Malachi Flynn, and for last night at least, Gary Trent Jr. — usually gives Toronto a better chance to win, but adds to the wear and tear of a player who’s clearly still dealing with some discomfort on the court.

“For the most part, I’ve always elected to play and play until somebody stops me,” VanVleet added. “So here we are. Some days feel better than others. But for the most part, I can do my job pretty good out there. I’m definitely not where I would love to be, but it’s a process to get there.”