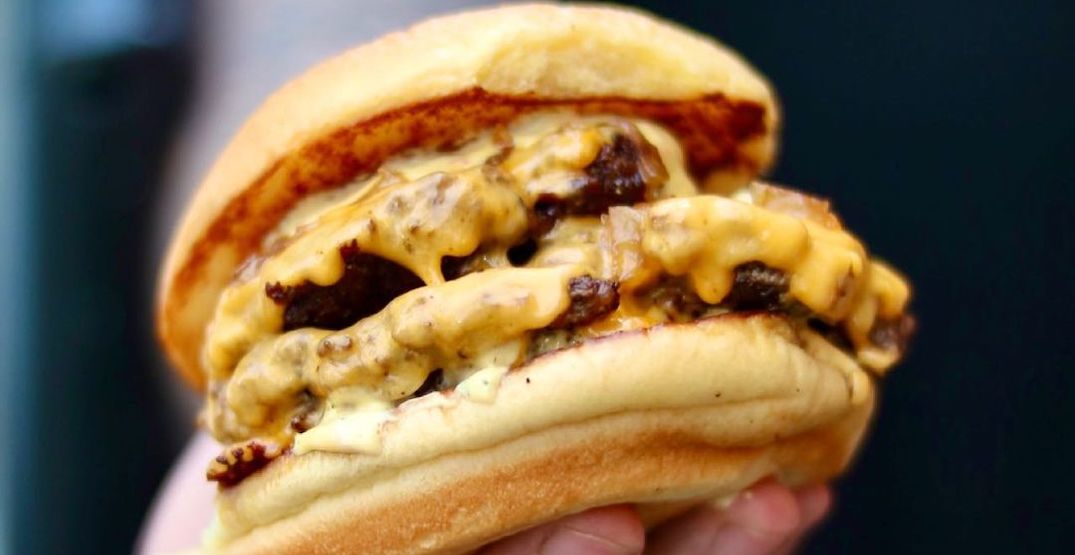 After opening as a pop-up concept in Calgary, Pigot’s Burger Club is now heading east and opening a new location in Toronto.

Pronounced “Pee-Jo,” the burger club started out as a little experiment in Chef Mike Pigot’s apartment before becoming a popular comfort food spot in Calgary for its delicious American-style cheeseburgers.

The smash burger spot opened its YYC location back in January in a commercial kitchen space borrowed from his former employer.

“On the first day we sold over 500 burgers and sold out by dinner time,” said Pigot.

“The next day we thought we were ready for it and sold out again with over 750 burgers out the door.”

According to the release, Pigot reached out to his friend Chef Jerome Robinson, also known as Toronto’s The Heartbreak Chef, and teased there may be a collaboration on the menu.

“I will totally support the rumour that Heartbreak is adding a creation of his own to the Burger Club menu,” said Pigot.

But what IS on the menu?

Pigot’s Burger Club describes it as short and savoury, highlighting its mainstays such as the single, double or triple American-style cheeseburger complete with brown sugar onions, Pigot’s super-secret sauce, a curated American cheddar cheese, and a custom ground beef patty from Beretta Farms. Their burgers are all served between two soft potato buns.

“The burger is a culmination of my travels to the US and my love for a classic American cheeseburger,” said Pigot.

“I played around with recipes for months, if not years, to get the right balance of flavours.”

Burgers are served alongside beer-salt fries or an order of Dirty Tots smothered in cheese sauce, brown sugar onions, and tomato and jalapeños.

If you’re already excited to get your hands on a burg, Pigot’s Burger Club will open on April 14 and will be available for delivery via Uber Eats, DoorDash, and Skip the Dishes, or pickup at a temporary storefront on Adelaide and Yonge.

Pickup orders can be made through the Pigots Burger Club website.