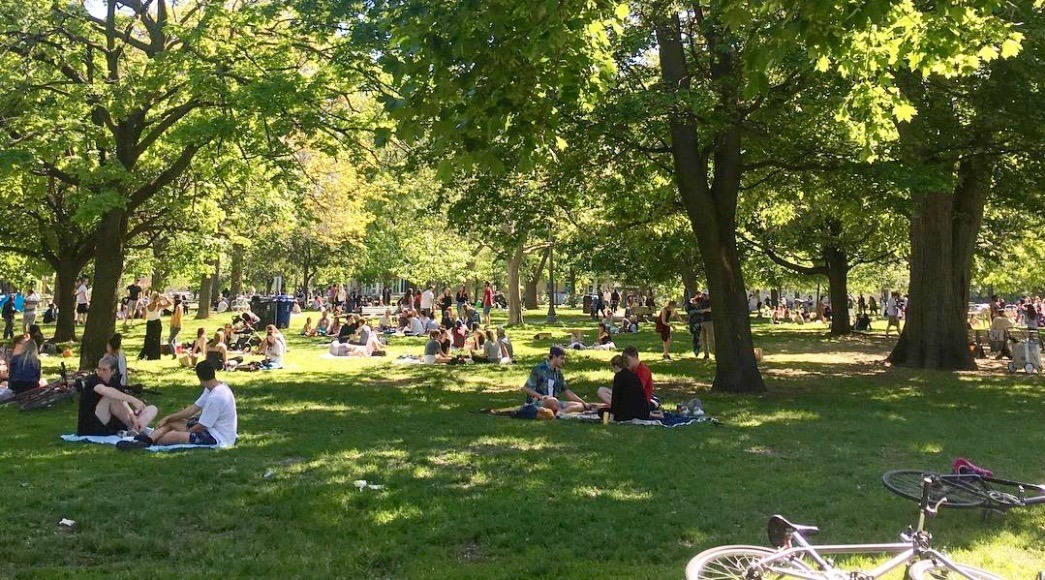 Finally, Toronto parks are more than muddy messes and open for the season to offer prime sunning, sipping and napping real estate.

While making for easy, breezy Sunday Fundays, Toronto’s parks don’t come without their rules. Not to be a buzz kill, but if you’re going to picnic in the park, here are 12 things you should know.

(Of course, the sneaky set can get around most of these, but you didn’t hear that from us).

If you want to go large, you’re going to need a permit

A good shot from @theurbanlatte’s fabulous birthday party on Saturday in Trinity Bellwoods Park, which we are all still recovering from 😁

According to City bylaws, if your picnic (AKA park party) is going to involve groups of 25 people or more at a designated “picnic” site (like a picnic shelter), you’re technically required to seek a permit. If you don’t have a permit and your group is fewer than 25, you need to give up your spot should a group come who does.

Some parks throughout the city are complete with BBQs to help your picnic cause. While anyone is allowed to use these, you must do so only with charcoal or briquettes – never fuel. If you have bright ideas of grabbing your dad’s portable BBQ from your parents’ garage, keep in mind that their use is only allowed when authorized by permit or when there are posted signs allowing their use. Naturally, the bonfires won’t fly either.

Save the sex for later 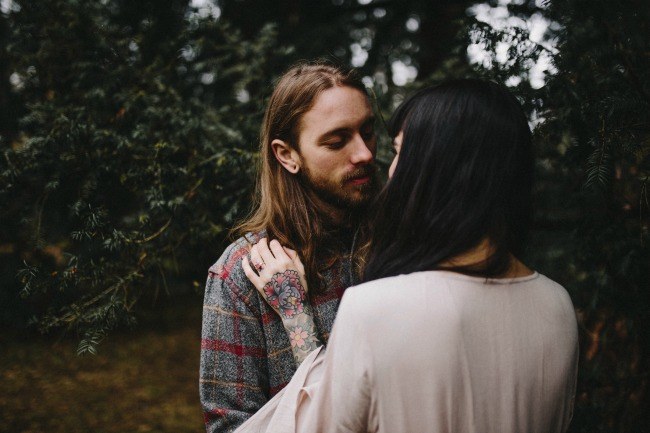 We thought we would offer the friendly reminder that sex in the park is not ok and not allowed. Getting slapped with a ticket or arrested – or, worse, getting snapped by a fellow park-goer – can kind of kill the mood. Not to mention offend everyone around you.

Keep your clothes on

Unless you’re setting up shop at the clothing-optional beach at Hanlan’s Point, you’re not permitted to forgo the tan lines and bare it all at Toronto parks. However, keep in mind that it’s totally legal and fine for women to bare their breasts in public (don’t stare; it’s time to get over it).

Let the pros handle the fireworks

No matter how celebratory you’re feeling on Canada Day, or how memorable you want to make a friend’s park picnic birthday party, you can’t just set off fireworks as your heart desires, except as a fireworks display authorized by permit.

In a topic that is much debated – unlike the case in countless cities throughout the world – you’re technically not allowed to possess an open bottle of any liquor unless authorized by permit and with the approval of the Alcohol and Gaming Commission of Ontario. Of course, people still do (Tetra packs of wine work wonders) and – unless your crew is being boisterous and obnoxious – the police usually have other things to worry about.

One more before the night is done. #beers🍻

Not that you don’t have better places to be during this time, but it may come as a surprise that – unless you have a permit – the City bylaw states that no person shall use, enter or gather in a park between the hours of 12:01 a.m. and 5:30 am.

Save the tent for the campsite

In theory, bringing a tent along for a day in the park is a good idea. But all that work in pitching it can quickly go out the door before you get to step inside of it, thanks to the bylaw that states that “no person shall place, install, attach or erect a temporary or permanent tent, structure or shelter at, in or to a park.”

As much as it would make your pup’s day, you’re not allowed to let your dog run at large unless in a posted designated off-leash area. And please – for the love of every park-goer – pick up after your pet.

The fountains aren’t for swimming (sadly)

Though some have to learn this the hard way when they’re escorted out by a police officer, no matter how hot it is or how many drinks you’ve discreetly consumed, you’re not allowed to wade or swim in a fountain – find a splash pad if you need to.

Plan before you organize a baseball game

Yes, it’s annoying. But technically, you can’t just gather the baseball glove-clad gang and hit the baseball diamond. According to the City (who are sounding more like the fun police), you can’t arrange or engage in an organized sport or activity, unless authorized by permit.

Though in theory it may sound like a good idea to bust out your mini paintings, ceramics or bracelets on a sunny Sunday in Trinity Bellwoods for a little side cash, you’ll get shutdown quickly without a permit.

Don’t shoot the messenger; despite the laundry list of rules, there really is no better way to spent a summer day in the city than on a blanket in one of Toronto’s many parks – whether you “park” yourself (sorry, had to) by the lake, or in a quiet spot among trees.