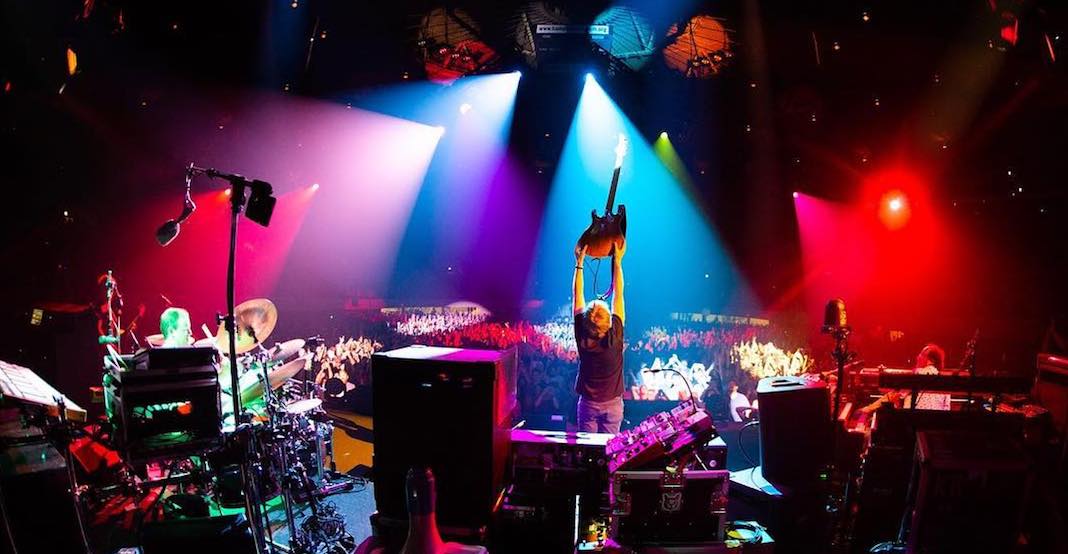 Phish is hitting the road this summer with a 26-date tour.

And one of those dates will be taking over the Budweiser Stage.

Beginning with two-nights in St. Louis, Missouri, the band will travel across the United States to perform, popping up to Toronto for one night only — Tuesday, June 18.

As part of the tour, the band will perform at this year’s Bonnaroo Music & Arts Festival in Manchester, Tennessee, playing a late-evening set on Friday, June 14 and again on Sunday, June 16 with a festival-closing two-set show.

A ticket request period is currently underway on the band’s site, ending Monday, January 21 at 10 am.

Tickets go on sale to the public beginning January 25.

It’s not too early to start making summer plans. Mark your calendar and make sure you hop online early on January 25… because everyone knows how quickly these tickets are going to go.