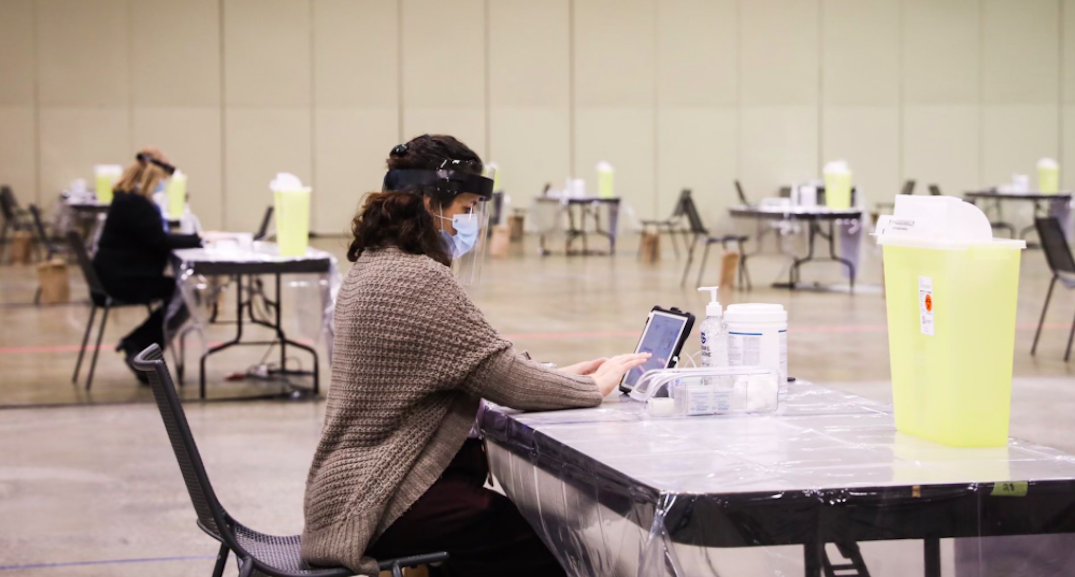 Ontario health officials announced the details for Phase 2 of the province’s COVID-19 vaccination plan, explaining how it will be rolled out to residents over the coming weeks and months.

On Friday afternoon, health officials released Phase 2 of the vaccination plan, which is set to begin next month, with a focus on vaccinating populations based on age and risk.

The plan has been accelerated based on the increased vaccine supply and the recent approval of the AstraZeneca and Johnson & Johnson vaccines.

So far in Phase 1, 820,000 doses have been administered and over 269,000 are fully immunized. Over 95% of long-term care residents are fully immunized and public health units are working with homes to vaccinate staff and essential caregivers.

“Due to the incredible work of an army of people we have a solid vaccine distribution plan and we are ready to get needles into arms as soon as the doses arrive,” said Premier Doug Ford in a statement.

“This is a true Team Ontario effort and we are mobilizing our greatest asset – the people of Ontario. Vaccines will be administered in hospital clinics, primary care settings, mass vaccination sites, mobile clinics and pharmacies across the province by dedicated, caring and compassionate frontline healthcare heroes.”

There are three phases of the vaccination rollout, with the first phase almost complete. 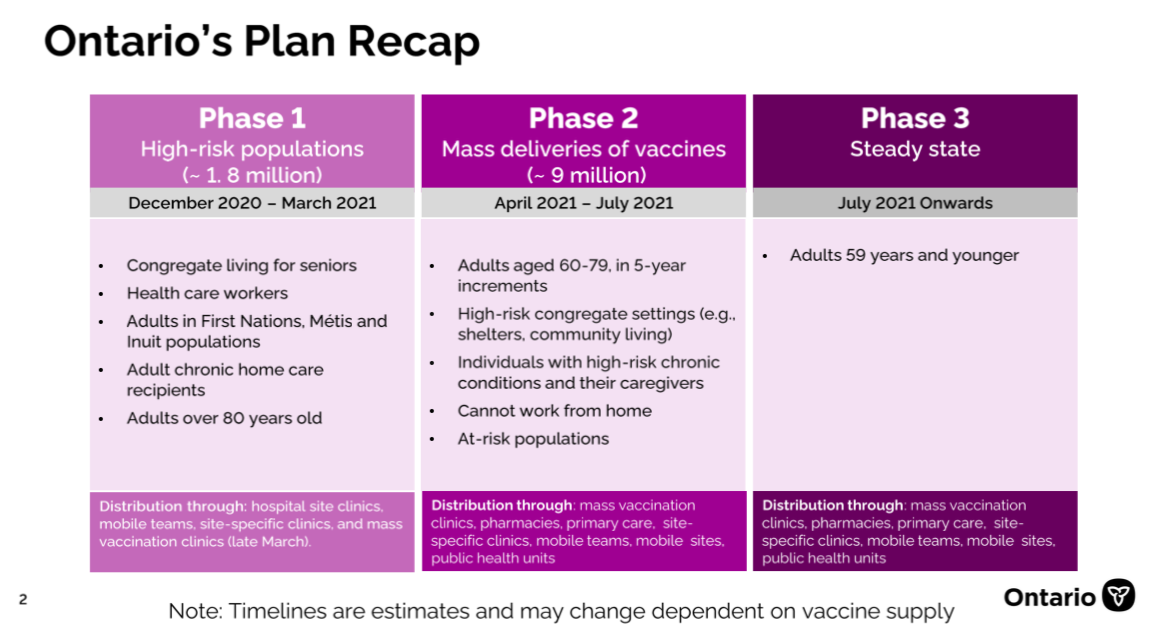 Phase 2 will take place from April to July with the intention to vaccinate nine million people.

Who will be vaccinated?

In this next phase, older adults between 60 and 79 years of age will be vaccinated.

Also, individuals with specific health conditions and some primary caregivers as well as people who live and work in congregate settings.

The province also noted that those living in COVID-19 hotspots with high rates of deaths, hospitalizations, and transmission will be prioritized in this phase.

Lastly, certain workers who can’t work from home will be eligible for the vaccination. 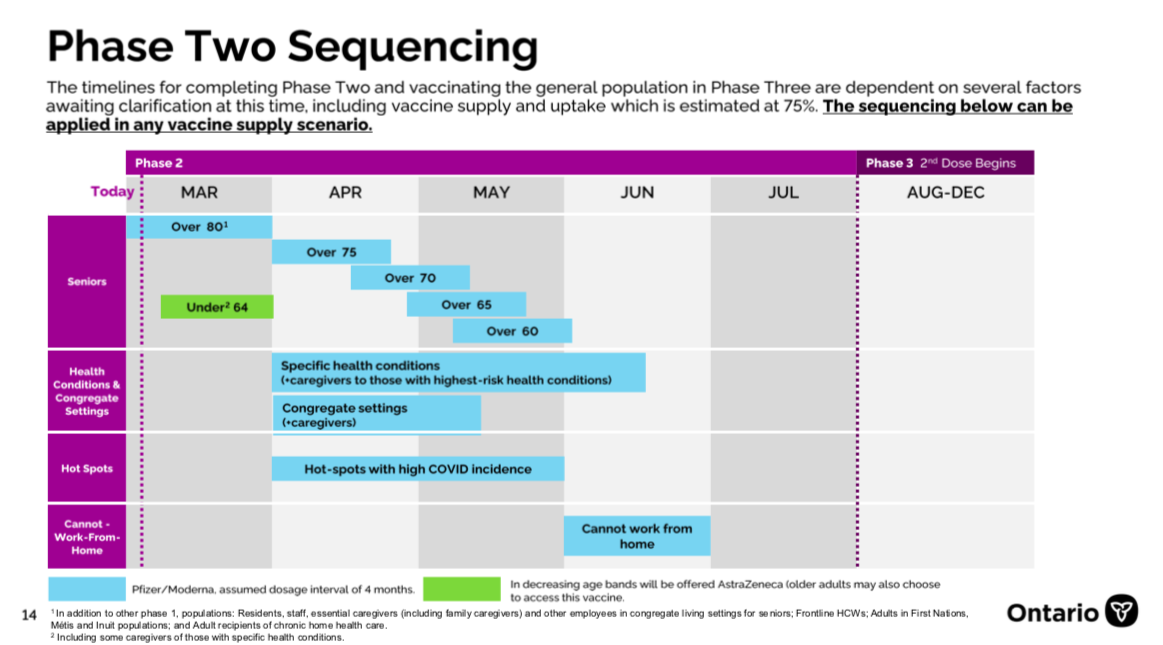 What vaccines will be provided?

There are currently vaccines from Pfizer, Moderna, and AstraZeneca being distributed, with Johnson & Johnson soon to be delivered as it was just approved on Friday morning.

The province will be providing AstraZeneca to populations aged 60 to 64 as it’s not as effective for those 65 and older.

For Pfizer and Moderna, the National Advisory Committee on Immunization (NACI) has allowed the interval for the two shots to be extended by four months (it’s currently two to four weeks) which Ontario has approved to be done starting March 10.

Vaccine delivery for pharmacies is planned for mid-March in Toronto, Windsor, and Kingston, Frontenac and Lennox & Addington region.

Pharmacies will be using their own booking system to schedule vaccination appointments. The province says it’s expected that the majority of the first shipment of AstraZeneca in March and in Phase 2 will be supported by the addition of retail pharmacies and primary care.

The province says that around 80% of total provincial vaccine allocations will be administered through mass immunization clinics in Phase 2 and 3.

So far the 34 public health units have 167 vaccinate sites which have started or are expected to start in February and March.

In March, 113 mass clinics plan to start operations across 26 public health units, dependent on vaccine supply. The total amount of doses that can be administered in March is four million.

The province is launching an online booking system and provincial customer service desk on March 15. The system will initially only be for those 80 years and older.

The pilot is currently running in six regions to test out the program, which saw 616 vaccine appointments made for 308 citizens in the cohort as of March 2.