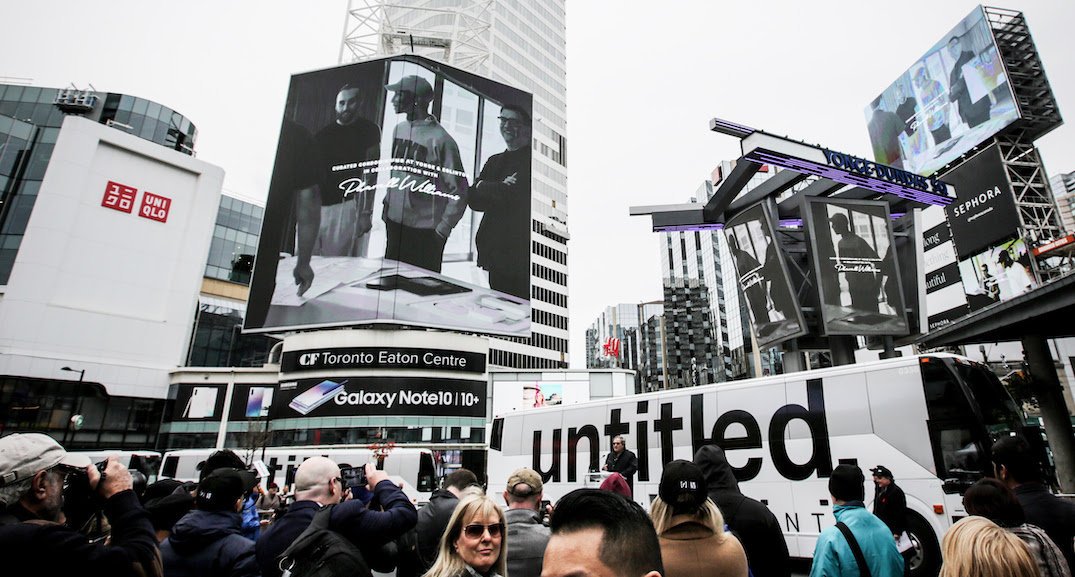 “Untitled is the culmination of a multi-faceted design process that saw the internationally acclaimed artist, musician, and designer collaborate with an extended project team, including architects IBI Group and Interior Designers U31, to deliver a new vision for residential living,” reads a statement released Tuesday. 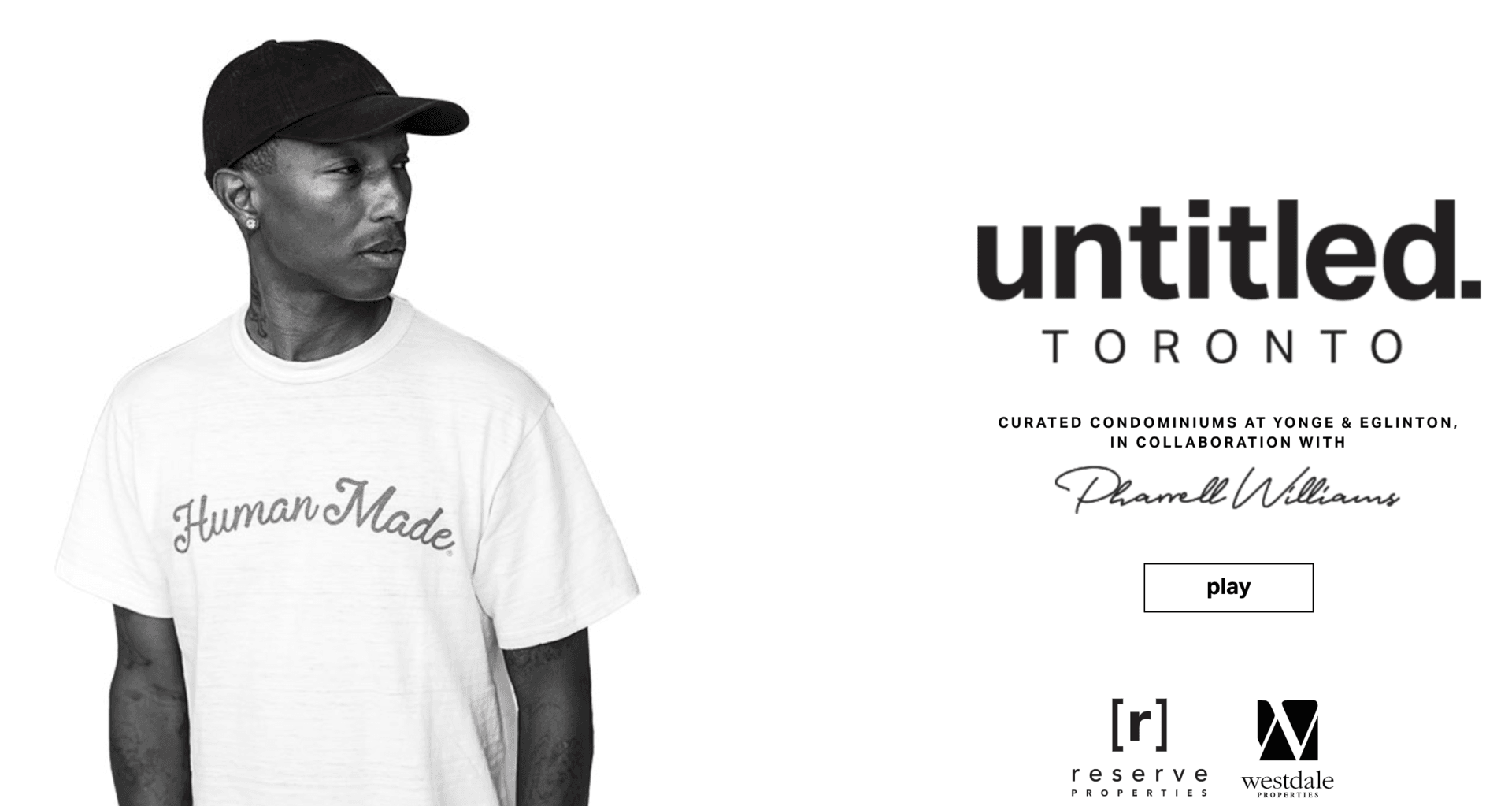 “The opportunity to apply my ideas and viewpoint to the new medium of physical structures has been amazing,” says Williams, detailing his involvement in the project.

“Everyone at the table had a collective willingness to be open, to be pushed, to be prodded and poked, to get to that uncomfortable place of question mark, and to find out what was on the other side. The result is untitled and I’m very grateful and appreciative to have been a part of the process.”

To bring the project to life, a series of design meetings were held in New York, Los Angeles, and London over the course of the past year.

During this time key themes around essentialism, connections to the elements, and the universality of space emerged to guide the overall direction of untitled.

Pharrell worked alongside Reserve Properties, Westdale Properties, IBI Group and U31, responding to everything from the vision and materiality of the architectural facade, to the overall interior programming and even the furnishing choices for individual spaces. 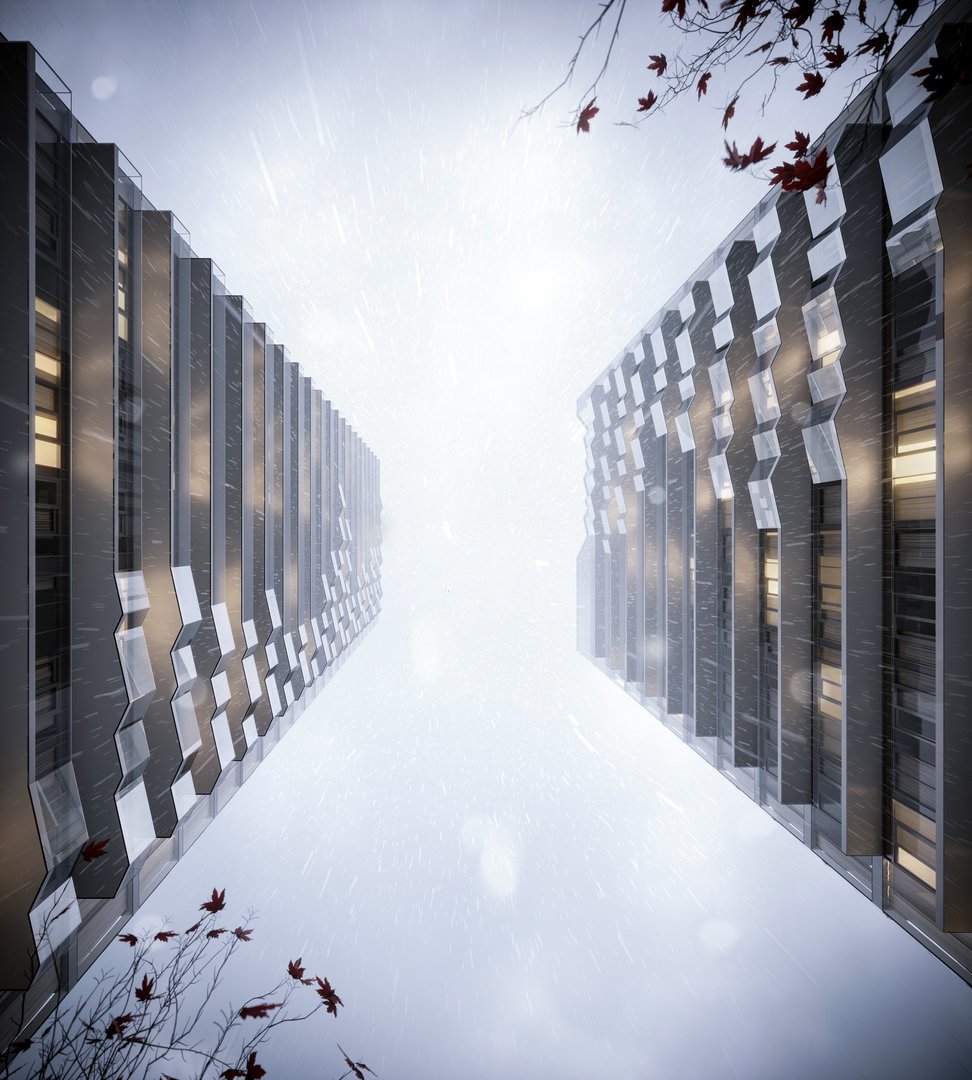 “The thinking and philosophy that ended up governing the whole process was less about adding items and instead focusing on reducing and stripping away to get us to the essential core elements of the design,” explained Shane Fenton, chief operating officer of Reserve Properties, in a statement.

“Pharrell pushed us towards designing spaces that felt universal. Instead of dictating a lifestyle onto our purchasers and residents, we aimed to create harmonious spaces that could serve as the backdrop to their lives. That lens was applied throughout the entire building until we ended up with something that felt both timeless and singular.”

“To live your life untitled means not having to live up to something or perform beyond a standard. For the standard to literally just be this beautiful matrix that allows people to create their own world,” explained Williams.

As for the location, Mitchell Cohen, chief operating officer of Westdale Properties, said Yonge and Eglinton is in the midst of a tremendous transformation that’s unlike anything else happening in North America.

“We were one of the first to invest in the area and to see just how far midtown has come since then has been a highlight. As developers with a long track record in this neighbourhood, collaborating with Pharrell is about pushing ourselves to do better. But it’s also an opportunity to give back to a community that has given us so much.”

For more information, you can register here.