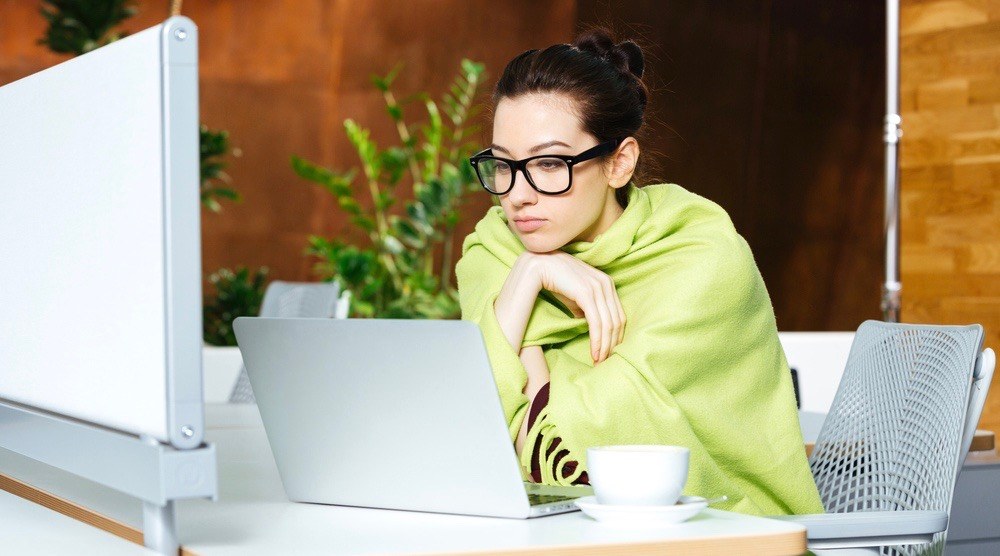 As the war for social equality wages on, so too does the pesky bottleneck of biology.

Despite the availability of extraordinary talent in the plastic surgery field (truly exceptional stuff in Argentina, but please don’t ask me how I know that) and the convincing performance of Arnold Schwarzenegger in the movie Junior, men and women are most often made differently.

One particular area in which we differ – a mystery to few with any powers of observation – is body temperature.

You may have noticed, anecdotally, that women tend to “feel cold” more often than men. If you dig into the science, there exist explanations for why; from lower calorie expenditure, to less heat-generating muscle, all the way to hyperthyroidism predispositions and the distance of red blood cells from the skin. When it comes to the temperature divide between genders, as far as science is concerned, and, save the noble guard defending “No you’re not” as a reasonable response to, “I’m freezing my <?> off”, as far as civilized society is concerned too, we can rest comfortably beyond the ifs and whys.

Well, maybe we’re not beyond all the whys. Like, “Why the hell are the office thermostats still getting set at temperatures determined by male-skewed-metrics from the 60s?” and “Why, when women complain, are landlords and office managers not moving the needle?” (though if we’re going to apply archaic engineering metaphors, perhaps “knob” is the more appropriate reference here.)

“I was sitting at my desk, covered in two oversized scarves, with my space heater blasting,” recounts Domenique Raso, a copywriter at BBDO in Toronto. “We already spent all summer pleading with our building management to lower the AC, but we were always told that the men on floor 33 complain when it’s too hot…A lot of publications and articles did a very good job of pointing out that the problem existed, but not many armed people with a way to act on it.”

Taking matters into her own mitts, Raso rounded up a few other women in the office to see if they were similarly affected and eager for action. Indeed, they were. It started with a Facebook post, then wrestled through the usual resistance (“Put a sweater on, bro”), gained legs with some news coverage, and ultimately has evolved into a BBDO-branded website and hashtag, #ChangeTheWorkClimate.

On the website you can share a video (below) and download a pre-written PDF of a petition letter addressing office management with the request to make equality-appropriate adjustments to their thermal conditions. An excerpt from the letter:

“…let’s face it, many things have changed since the 60s, including the number of women employed in professional offices like this one. I know I speak for many of my female colleagues (and some of my male colleagues too) when I say that I am tired of feeling unnecessarily cold every day when I’m at work…

So please, we beg you, please consider lowering the air conditioning levels and raising the temperature a few degrees in this office. It is one of the very small things you can do to help combat office gender discrimination…”

At 2 Bloor Street West in Toronto, where the BBDO offices are located, the polite pleas worked; this summer the building adjusted its air conditioning. Whether in a fight against discrimination or a fight for professional performance (lower office temperatures have been shown to reduce productivity), Domenique and the BBDO team are hoping that their climate campaign casts a wide net.

“The hope is that enough buildings receive petitions or hear about the cause where they are forced to sit down and evaluate their office air conditioning levels and make them a little fairer and more comfortable for everyone,” said Raso. “While this may seem like a trivial issue…to simply throw up our hands and say, “oh that’s just the way it is, get over it” is the kind of mentality that trickles down to much more serious issues…Historically men were the ones who dominated the workforce, but since that has changed, we need to also look at other ways our offices can change to better accommodate everyone in them.”

Perhaps this is one global warming initiative we can all get behind.