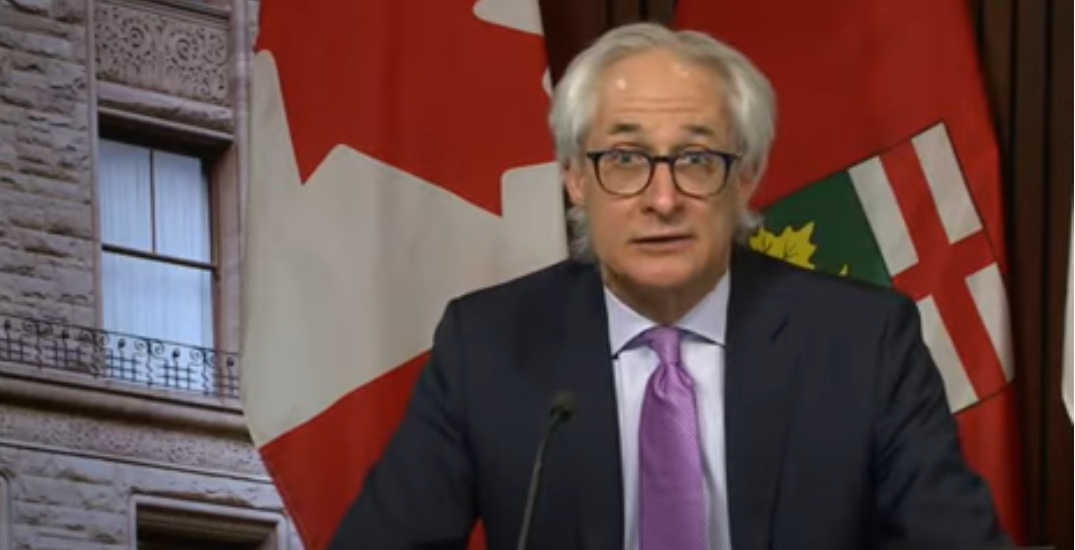 More people are dying of COVID-19 outside of hospitals than in the first two waves of the virus, according to Ontario’s Chief Coroner.

Dr. Dirk Huyer said that officials have seen an increase in people with COVID-19 whose condition deteriorates “so quickly” that they die before they can seek medical attention.

Huyer, who is also the coordinator of the provincial outbreak response team, made the comments at a press conference on April 22.

“We have been seeing a number of people dying in the community outside of the hospital, which is new, unfortunate, and sad,” Huyer said.

“These people have not been able to obtain health care because the disease affected them so quickly and so seriously, leading to deaths in the community, which we did not see in the Office of the Chief Coroner in the first wave.”

Huyer said officials are still trying to understand what is causing these accelerated deaths, but that instances have been “elevated” as of late.

Over the last two weeks, approximately two of these cases were reported each day, he said, which is “in excess” of anything seen in the first two waves.

Cases have been recorded in several age groups, from people in their 30s through to those in their 70s. It is “notable,” Huyer said, that deaths have been seen in younger populations.

He cautioned that younger age groups may not recognize the symptoms of COVID-19, or may be asymptomatic altogether.

“Symptoms have been present, not to the extent that were recognized as necessarily requiring hospitalization, and then they were found deceased later in the day or in the morning,” Huyer said.

He urged people to reduce their mobility and to continue “strict” adherence to public health measures in order to reduce transmission and stop the spread of the virus.

“It’s important for people to understand the seriousness of what we’re dealing with. These are not people that ambulances have been called because they’ve been deteriorating,”

“These are people who did have stable condition, and then deteriorated very quickly to their unfortunate deaths.”