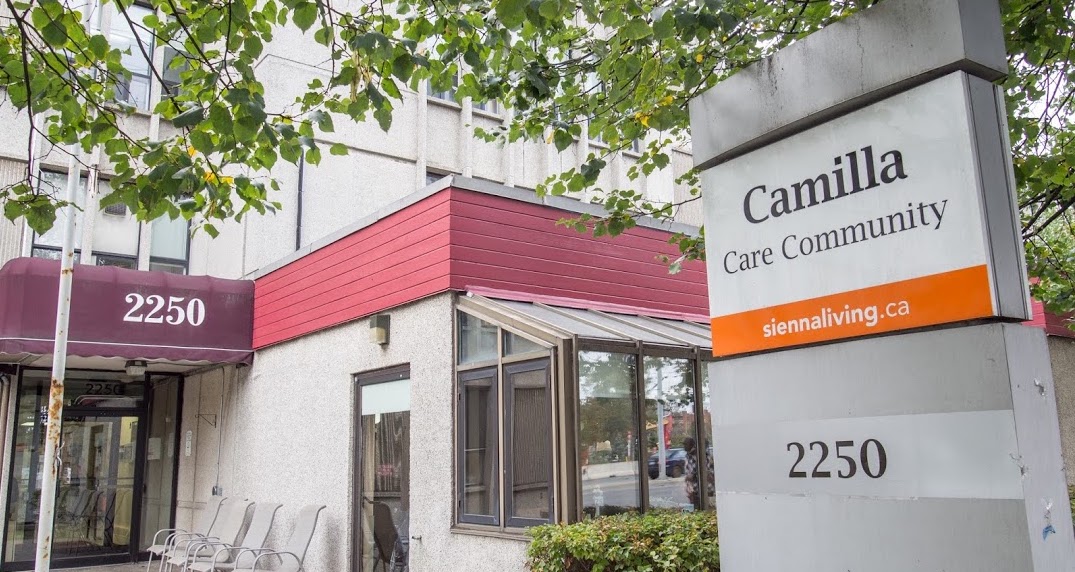 Peel Regional Police confirm they are investigating allegations of abuse at Camilla Care Centre, a long-term care home in Mississauga.

“We were contacted in regards to allegations of abuse at the long-term health care center in Mississauga, it is being investigated,” Constable Bancroft Wright, media officer, said in an email to Daily Hive.

“There is no additional information at this time.”

Camilla Care is one of the hardest-hit facilities in Ontario with 68 resident deaths to date.

In May, the Canadian Armed Forces had to take over five long-term care facilities in the GTA that were struggling to contain outbreaks.

The CAF then filed a report on the facilities’ conditions claiming “serious concerns” around staffing, infection prevention and control, resident safety, food preparation, and janitorial services.

The provincial government followed up with an announcement to take over five more long-term care homes that Premier Doug Ford was “most concerned” about, which included Camilla Care Centre.

On June 3, Sienna Living, which owns Camilla Care and over a dozen other facilities, said they were made aware of “very serious” and “disturbing” allegations of actions within the centre and were investigating the situation “immediately.”

At the time, Sienna Living said that all team members subject to the complaints were put on administrative leave pending on the outcome of the investigation.

And, they self-reported the allegations to the Ministry of Long-Term Care and Peel Regional Police.

They also voluntarily entered into an agreement with their hospital partner, Trillium Health Partners, to have them temporarily assume management of the residence.

On June 10, Sienna Living hired Paul Boniferro, the former Deputy Attorney General of Ontario, to conduct an “immediate, company-wide review” into the policies, practices, and culture of Sienna.