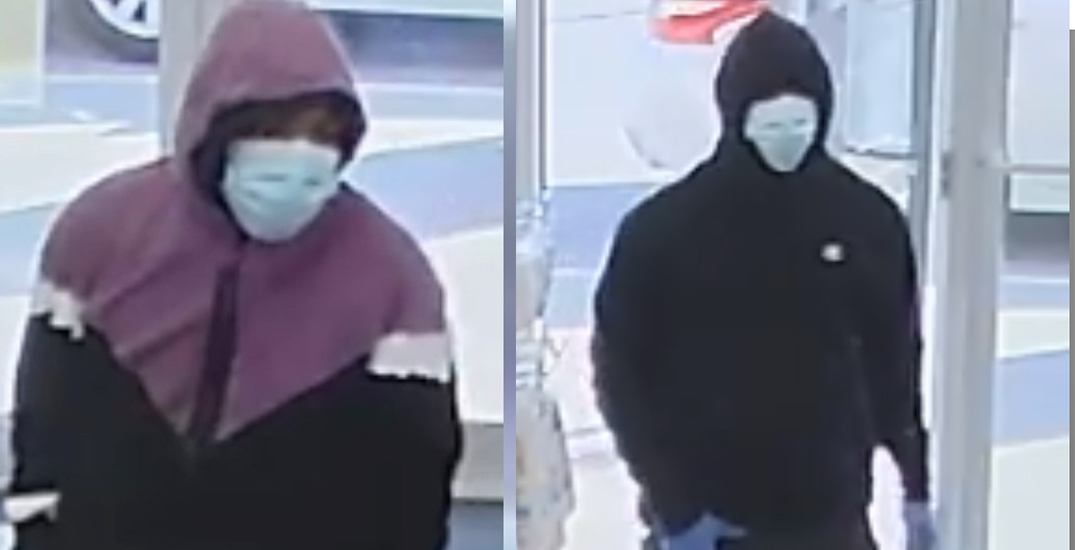 The Peel Regional Police have arrested and charged a 20-year-old Brampton man in connection with several violent robberies, and issued a warrant to locate another after a carjacking.

According to police, a Mississauga pharmacy located in the Credit Woodlands and McBride Avenue area was robbed on July 24, around 6:45 pm, by two suspects.

The two suspects have been identified as Teshawn Kerr-Cover and Trestin Cassanova-Alman. Both men fled the scene in a white Nissan Altima.

In total, there were four suspects and two vehicles, according to police.

Those arrested include 20-year-old Dalmar, of Toronto, and 23-year-old Zakariya Dalmar, of Waterloo.

The two other suspects who were allegedly responsible for the earlier pharmacy robbery, Casanova-Alman and Kerr-Cover, fled on foot.

While fleeing, Casanova-Alman approached a pickup truck that was occupied by a family with children. He proceeded to enter the rear of the vehicle and ordered the family to drive.

The family attempted to flee from the car, in fear but before they were all able to escape, Casanova-Alman entered the driver’s seat and fled with an 8-year-old child still in the truck.

The 8-year-old was located, uninjured, a short time later on a side street. The pickup truck was also later recovered unoccupied.

After examination at the scene, police found a loaded handgun in one of the vehicles with an extended magazine holding 31 rounds of ammunition. The stolen property from the pharmacy was also recovered.

Teshawn Kerr-Cover, 20, was arrested and charged on August 19. He was held pending a bail hearing at the Ontario Court of Justice in Brampton. He was charged with six counts of robbery, six counts of wearing a disguise, possession of stolen property, dangerous operation, and forcible confinement.

Nineteen-year-old Mississauga resident Trestin Cassanova-Alman is still wanted. Police have issued a warrant for his arrest for kidnapping, seven counts of robbery, six counts of disguise with intent, two counts of dangerous driving, and possession of stolen property.

He has been described as a Black male, five-foot-eight and 160 pounds.

Police have encouraged him to contact legal representation and turn himself in.

This is an ongoing investigation and police have asked anyone with information to contact investigators at the Central Robbery Bureau at 905-4533-2121 ext. 3410. Information may also be left anonymously by calling Peel Crime Stoppers at 1-800-222-TIPS (8477).