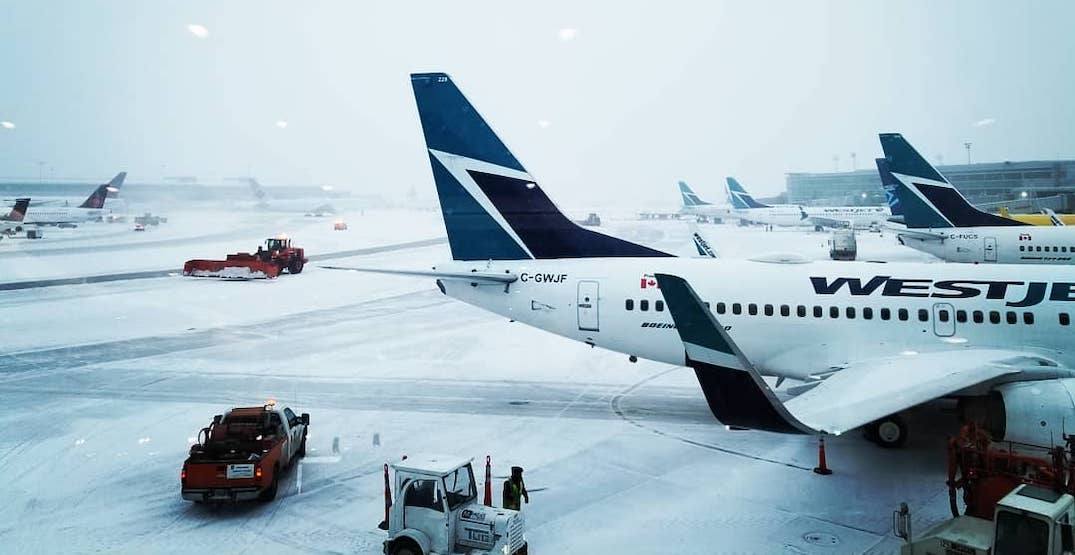 As a snowfall warning and an extreme cold weather alert remain in effect for Toronto this Wednesday, Pearson Airport has begun cancelling flights.

While heavy snow continues to fall on the city, around 189 flights have been cancelled or delayed at one of Canada’s largest airports.

As of 11:20 am on Wednesday, Pearson Airport showed 99 cancelled arrival flights and 90 cancelled departures.

Travellers who have flights booked out of Pearson today are advised to contact their airline and confirm their flight’s status before arriving at the airport.

Snow is expected all day on Wednesday February 27 throughout the region. Please check your flight status in advance of travel by contacting your airline or at https://t.co/5Df7Y3ggna .

According to Environment Canada, heavy snowfall is expected on and off until approximately 7 pm.

The snowfall warning says there will be near 15 cm in Toronto today, and snow will continue all day before ending later tonight.

Travellers should continue monitoring the airport throughout the day, as conditions are expected to change. 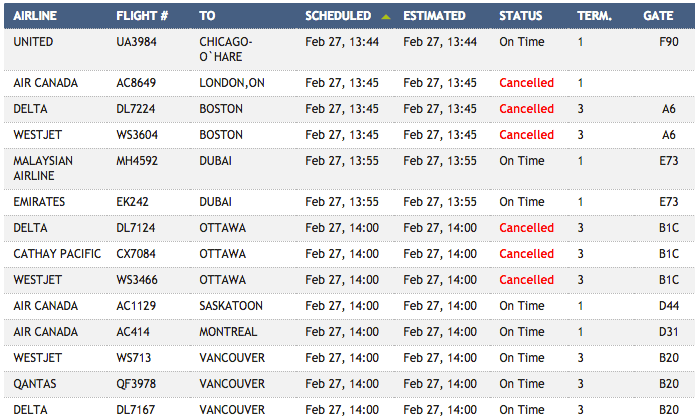