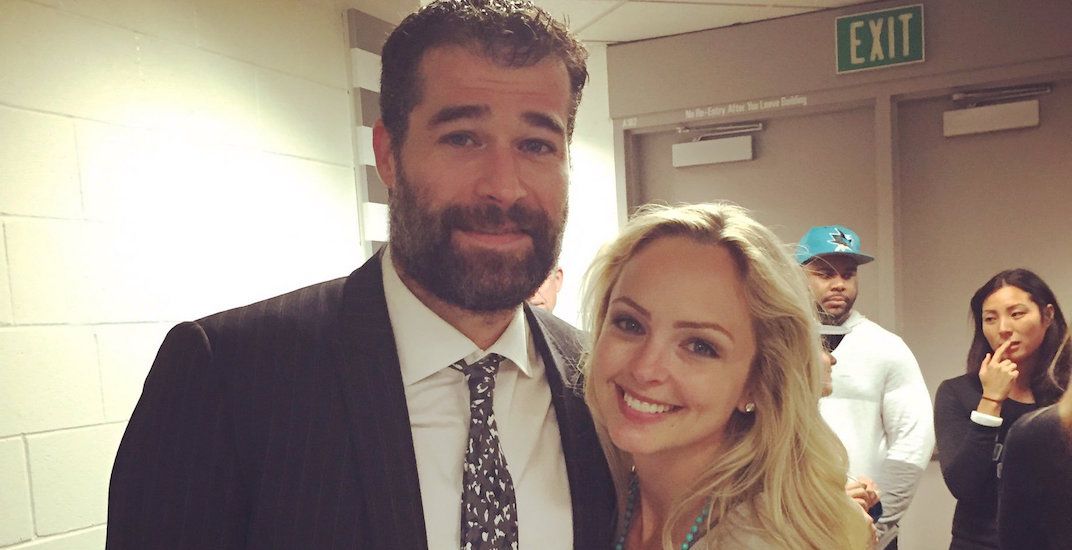 There’s no pleasing some people.

Patrick Marleau played 19 seasons in San Jose, tallying over 1,000 points with the Sharks. He gave everything he had to the franchise from the moment he was drafted at age 18, until he left at 37.

He went through everything with the Sharks – excellent regular seasons, bitter playoff disappointments, having the captaincy given and taken away, making the Stanley Cup Final – before eventually signing a free agent contract with the Toronto Maple Leafs this offseason.

With the Leafs visiting San Jose on Monday, everyone is preparing for Marleau’s emotional return. Expect a standing ovation, a tribute video, and likely some tears on the ice and in the stands.

Except from one bitter Sharks fan.

why the fuck should people care? guy left for money

That’s certainly one way to react.

Patrick’s wife Christina wasn’t having any of it.

You really think he’d move his 4 kids, wife, & a 19 yr career across the continent 4 more $ when he’s made more than enough? Not.Even.Close

And good for her.

Marleau was certainly compensated well for leaving town. He signed a three-year contract with Toronto worth an annual average value of $6.25 million.

But this is a reminder that picking up and moving isn’t as easy as we like to think – even for multi-millionaires. Money is always part of the equation, but it’s certainly not everything. 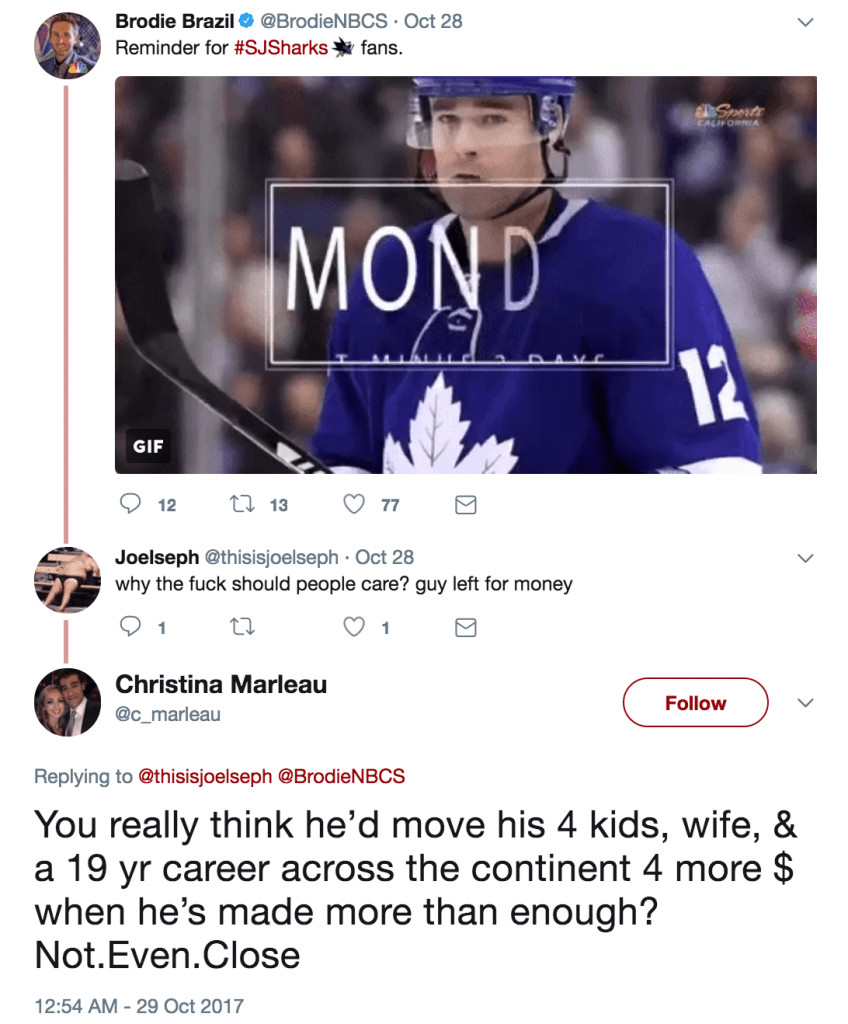