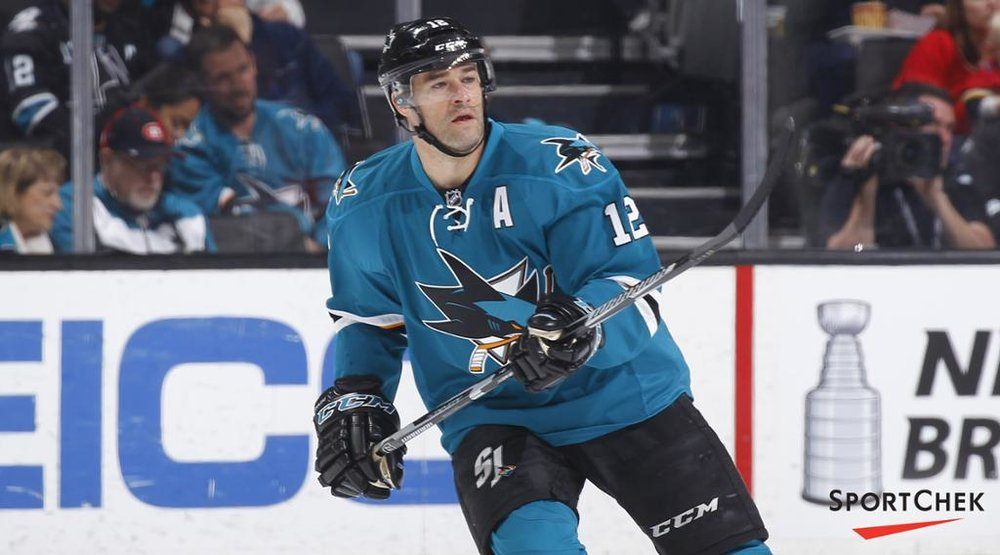 Two things happened when the Maple Leafs signed Patrick Marleau: Toronto became a Cup contender and they found their next captain.

So why not make it official?

Marleau hasn’t missed a game since April 9, 2009, and scored 27 goals as a 37-year-old last season. That’s the last thing from being “washed up”, and the $6.25 million cap hit Toronto’s shelling out the next three seasons indicates they’re looking to win with the all-star winger.

And in case you forgot, Marleau is really, really good.

The three-time NHL All-Star won Olympic gold in Vancouver and Sochi under the tutelage of Mike Babcock. He has over 500 goals, over a thousand points, and two World Championship golds.

But despite an impressive history, NHL captains need to show they’re capable of contributing every night, and Marleau most certainly is. Marleau averaged 17:09 of ice time, just under 30 seconds less than his expected linemate Auston Matthews.

And while that’s an amazing feat, the real shock is Marleau laced up for his first NHL game on Oct. 1, 1997, which was two weeks after Matthews was born. But as Marleau continues to be dangerous around the net, it seems Dart Guy, too, values his skating compared to other notable veterans.

This stage in their careers I’d take a strong skating, agile Marleau who still has 30G potential over Jagr who noticeably lost a step last yr

So, skating similar minutes to a superstar nearly half his age and boasting the most impressive resume on Toronto’s young roster, Marleau’s numbers (and hopefully his trophy case) are expected to improve playing on Matthews’ left wing.

Sure, Marleau’s points per game have declined the last three seasons from 0.70, to 0.59 and now to 0.56, but that’s not a result of low goal scoring. In fact, his goals per game has climbed from 0.23 to 0.33 over the same three year span, a promising sign joining a Leafs club that scored the fifth most goals across the league last year.

In the salary cap era, it’s also worth noting there have only been five skaters with multiple 25-goal seasons past the age of 35: Jarome Iginla, Joe Sakic, Teemu Selanne, Martin St. Louis, and, oddly enough, Brendan Shanahan. That’s some very elite company, meaning Leafs fans can rest assured management has made the right decision yet again.

And no, naming Marleau captain does not hinder the rebuilding process.

Quote (provided by Leafs PR) on whether Lamoriello was worried about three-year term with 37 year old Patrick Marleau pic.twitter.com/NaJoEXF576

Marleau has played 1,493 regular season games, 177 post-season contests, and helped captain the Sharks for parts of five seasons. He can play wing and centre, and can fit anywhere in Toronto’s lineup. Marleau is an experienced, elite, versatile talent coming to Toronto on a short term deal to end his career, so what’s the harm in labelling him as something he’s going to be anyways?

Toronto should give Matthews the captaincy after Marleau leaves, but the Leafs shouldn’t continue without a captain until then. The only reason Toronto hasn’t had a captain post Dion Phaneuf was because there wasn’t a good candidate to fill the void, but now the team has options.

And while I wouldn’t rush the young talent, there’s no harm in captaining the veteran all-star who came to the team for the sole purpose of winning the Stanley Cup.