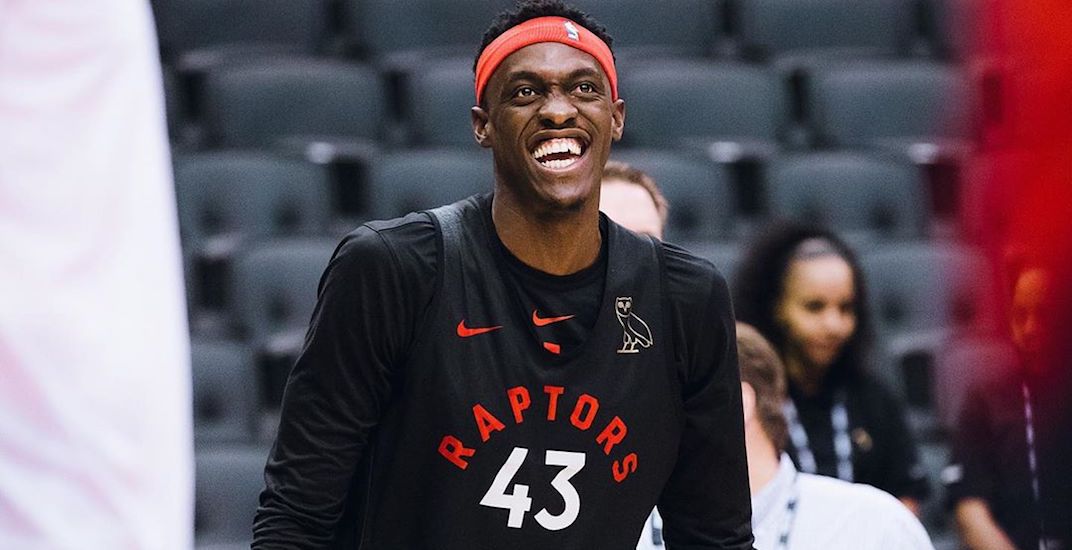 Pascal Siakam has been spicing up the Toronto Raptors since 2016, but 2020 is shaping up to be one of his best/spiciest yet.

Not only is Spicy P playing in his first ever NBA All-Star Game this weekend, the Raptors forward will also be participating in this year’s Skills Challenge.

The 25-year-old is a deserving selection, as he has taken over as the Raptors’ best player. Siakam is averaging 23.5 points, 7.5 rebounds, and 3.5 assists per game this season — all career highs.

But the Cameroon native wasn’t always a basketball player.

“I always played soccer, that was my first sport and something I wanted to do,” Siakam told Daily Hive.

Siakam said his brothers usually played basketball, and then something changed.

“I got taller,” he said laughing. “So I thought ‘might as well play basketball’.”

And lucky for Toronto, he did.

He’s been with the team through the NBA Championship title in 2019, and the changes that came along with the end of that season.

Siakam said that over the last year, the team had new roles.

“Obviously with Kawhi (Leonard) and Danny (Green) leaving, there are a lot of opportunities for everyone to step up and I think we have been doing that so far,” he said, adding that the team has been playing “unbelievably.”

“The 15-game winning streak was awesome,” said Siakam, who calls Toronto home. And he loves it.

The Raptors star attributed his love for Toronto to the diversity and cultures represented in the city, and in Canada.

“I love Toronto, I love being a part of this, it feels like a community here,” he said. “The whole country is supporting you, it’s awesome. I love it.”

The one downfall for Siakam are the winters.

“The cold is not the best thing, but I just love everything about the city,” said Spicy P, a nickname which he’s carried since his college days. This week, Siakam launched his own, limited-edition hot sauce with Nando’s, something fans had called for over the years, according to the brand.

But perhaps a fact unknown to fans is, Siakam’s preferred spice level. And it’s not hot.

Mild or medium, one thing for sure is that Siakam will be bringing full heat at this weekend’s All-Star Game.

As for what comes after the All-Star break, Spicy P is ready for the team’s return to the remainder of the 2020 season.

“It’s going to be exciting, coming off that 15-game winning streak, even though we lost the last game, we are ready to start again and get better as a team, we have a long way to go,” said Siakam. “I think what’s more important for us is playoff time, so we’ll be preparing for that.”