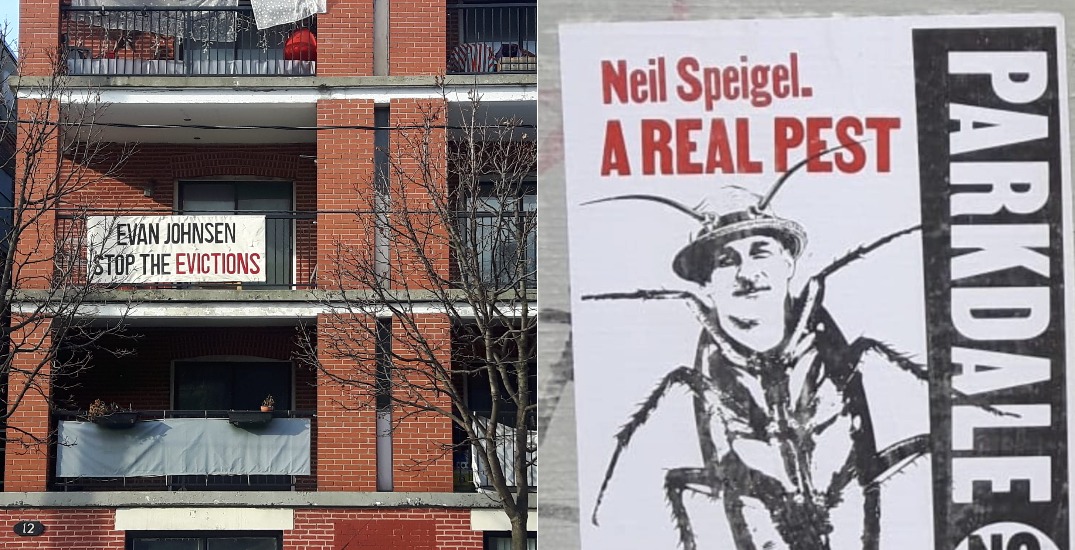 After every tenant in a Parkdale building received an eviction notice, neighbours joined forces and fought back against what they said was a renoviction.

The tenants at 12 Lansdowne Avenue were quick to organize and push back against the eviction notices. Residents showed up at their landlords’ houses, got a non-profit organization to stop working with management, and erected signs and banners around the neighbourhood. Finally, after months of pushing back, the tenants emerged victoriously.

“Tenants wasted no time in forming an organization at the building, and they decided right then and there that they would collectively refuse the new landlords’ attempt to buy them out of their homes,” Parkdale Organize said in a news release.

Tenants at 12 Lansdowne have received confirmation that their landlord has withdrawn all eviction notices against them.

The landlords who oversaw 12 Lansdowne had a history with this specific type of eviction. Lessors used N13s, evictions for the purposes of repairs or renovations, to evict tenants at a building on College Street before tripling the price for rentals and renting them out to new tenants, not even offering the previous tenants the units.

Tenants and housing advocates called out landlords Evan Johnsen and Neil Spiegel, owners at 12 Lansdowne, for trying to exploit loopholes in Ontario landlord-tenant laws. Renters, neighbours, and supporters plastered posters of Johnson and Spiegel around the neighbourhood to raise awareness of what was happening at the 23-unit building.

Tenants also went directly to the source, showing up at their landlords’ homes to deliver a letter demanding the eviction notices be overturned.

As news that the tenants were fighting back was picking up steam, lessees discovered that the landlords were renting units to themselves and then subletting them, exploiting another loophole. The Toronto Star reported that 12 Lansdowne Inc. had rented units to Temp Stay Inc., both companies directed by Spiegel.

“Despite the landlords’ attempts to single tenants out and to pick them off one by one, tenants remained united. Our neighbours at 12 Lansdowne know that organizing is what enables them to defend their homes,” Parkdale Organize said.