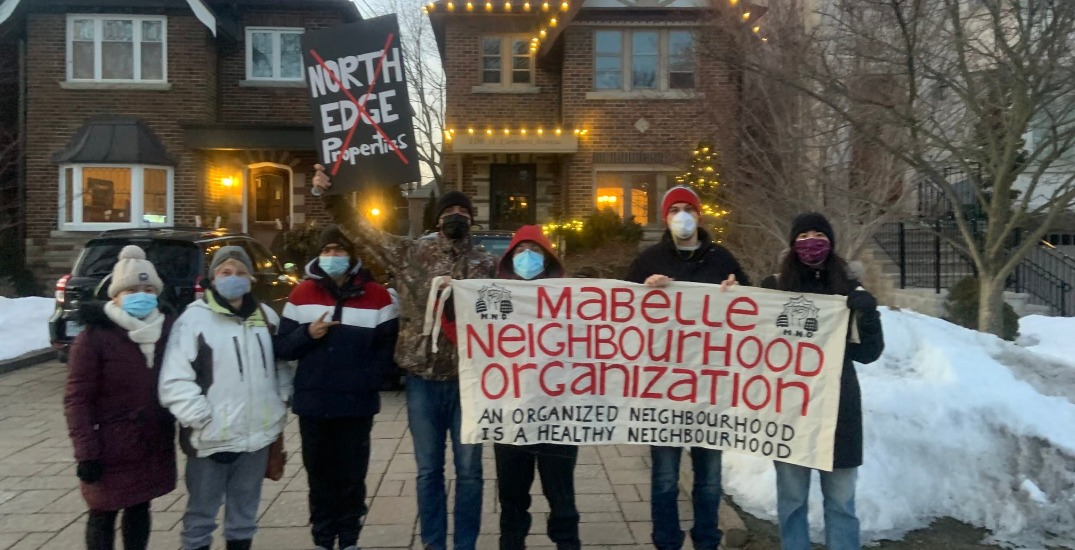 Toronto residents are fighting back after their landlord announced that they’d be getting rid of nearly half of the parking lot.

Many long-time residents of the west end building say that having to find and pay for new parking would force them to move out of the building altogether.

Tenants soon discovered that North Edge Properties was planning to build a condo tower over the 25 Mabelle Avenue parking garage.

“A lot of us depend on our cars for our living,” Tawfiq Farah, a resident at 25 Mabelle Avenue, said in a video shared on Facebook.

He said the move is a “de facto eviction” as residents may end up having to take transit just to get to their vehicles.

“They’re treating us like garbage,” another resident in the video said.

He said that they’ve been stonewalled throughout the process. Farah also said that the property managers had been planning this for years yet only gave the tenants a few week’s notice.

On February 28, North Edge Properties’ plans to evict tenants from parking spots were delayed by two months. The fight by tenants continues as they try to stop the evictions. According to a Facebook post, some tenants have already moved, and others have found new parking.