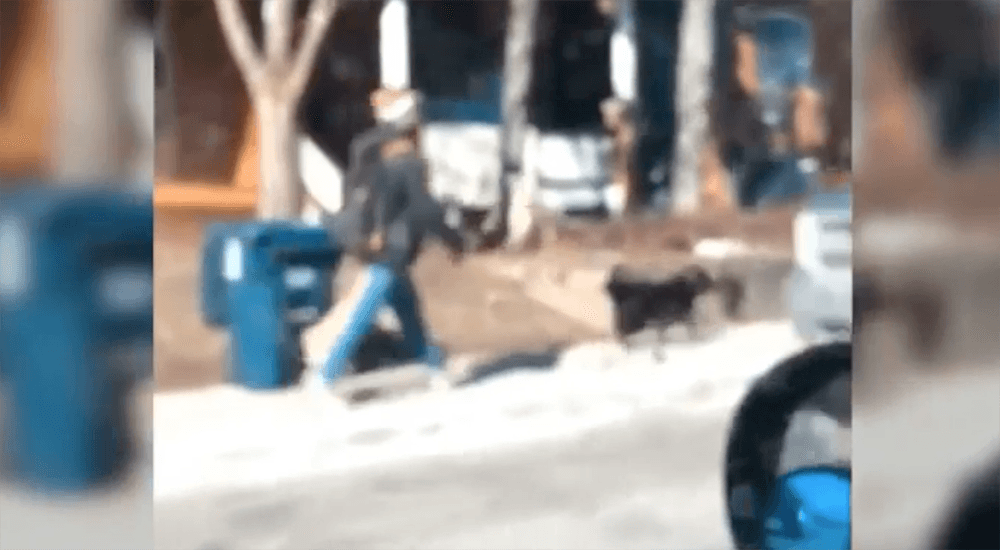 When a passerby saw Austin St-Jacques dragging one of four dogs on its hind legs, he recorded the incident and posted the video on Instagram. It also appeared in the online Wild West that is Reddit.

The video incited fury over the weekend between a majority of people who saw St-Jacques’ behaviour as causing distress to the animal and a few others who called out the witness’s confrontational reaction, which is especially concerning given that he was in a moving vehicle.

Here’s the video in question:

St-Jacques responded by commenting on the video and insisting he did nothing wrong by guiding the dog by its harness. 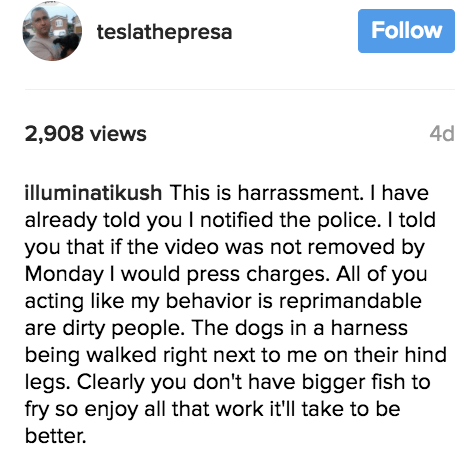 St-Jacques commenting under the username “@illuminatikush”

The OSPCA, meanwhile, has decided to open an investigation into the case.

“The Ontario SPCA is currently investigating and are following up accordingly on the information we have received. We urge anyone who witnessed this incident to call 310-SPCA,” OSPCA Communications Manager Melissa Kosowan told Daily Hive in an email statement.

“While the video is of poor quality, anyone using training techniques that are likely to cause unnecessary or undue hardship, which falls within the definition of distress under the law, could face possible charges under the Ontario SPCA Act.”

Also concerning is that St-Jacques walked the three other dogs off-leash, which is forbidden in public spaces, such as sidewalks, by city bylaws.

So, to conclude: the culprit should likely remove “dog walker” from his list of skills on LinkedIn.