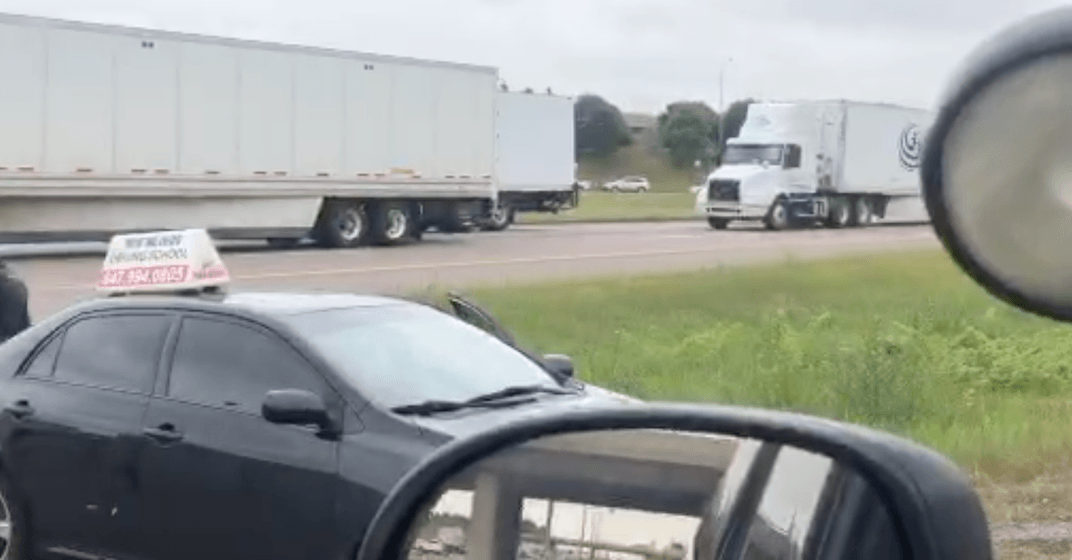 A New Method Driving School instructor was stopped by the OPP after an officer witnessed the instructor’s vehicle attempt to make an illegal U-turn in front of his cruiser.

On Monday afternoon, OPP Sgt. Kerry Schmidt was providing an update on a collision on Highway 410 in Brampton when he noticed a number of vehicles making illegal U-turns and cutting across a grassy shoulder and into the northbound flow of traffic.

As Sgt. Schmidt drove his cruiser up to give the drivers a verbal warning, he noticed a driving school vehicle was also trying to make the illegal turn.

In a video shared online, Sgt. Schmidt can be seen approaching the vehicle, which was from Brampton’s New Method Driving School, and he can be heard saying he wanted to have “a little chat.”

When he reaches the vehicle, it turns out it was a student driver behind the wheel who said she was following directions from her instructor, because they were late for an appointment.

While Sgt. Schmidt said he wasn’t going to issue the driver a ticket, he made it very clear that drivers should never make illegal moves if they’re running late.

“Don’t take the New Method Driving School’s advice of going through a shoulder and breaking the law just because you’re at a closure and you’re late for an appointment, you kinda have to have some sense,” says Sgt. Schmidt in the video.

You can watch the full incident below.