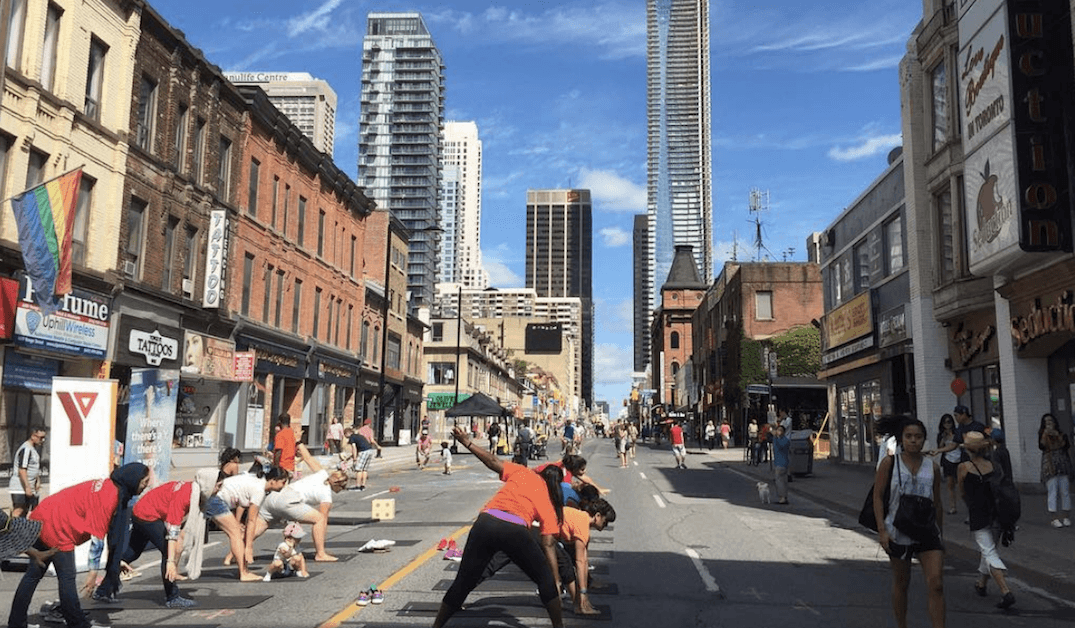 Downtown streets will be turned into city parks next week.

Open Streets TO returns with its most expansive programming lineup to date, bringing back the largest free recreation program in Canada. And on August 20 from 10 am to 2 pm, it will be shutting down parts of Bloor Street (East/West from Montrose Avenue – just west of Christie Street – to Sherbourne Street) and Yonge Street (North/South from Bloor Street to Queen Street) to host the festivities.

The streets will be closed to car traffic as “paved parks” return, and Torontonians can enjoy walking around and connecting with the community and each other.

Next week’s event will also help Ontario celebrate its 150th birthday, by showcasing many diverse forms of cultural dance represented by Ontarians.

“Open Streets is about getting out, being active and connecting people in the city without the barriers and stresses created by vehicle traffic,” said David Simor, Community Outreach Director, Open Streets TO in a release. “We are ecstatic to be back for our fourth year, offering Torontonians a chance to experience our beloved city in ways they never could before. And by including such an extensive offering of programming, we are excited to appeal to participants young and old and to bring together Toronto’s diverse neighbourhoods in a celebration of physical activity and unity.”

“I am proud that Toronto put itself on this map of great cities in 2014 by creating our own distinct program and am looking forward to this summer’s exciting program,” said Wong-Tam.

As in previous years, Activity Hubs will be set up by local businesses and community organizations along the route, showcasing the character of each neighbourhood in authentic ways. 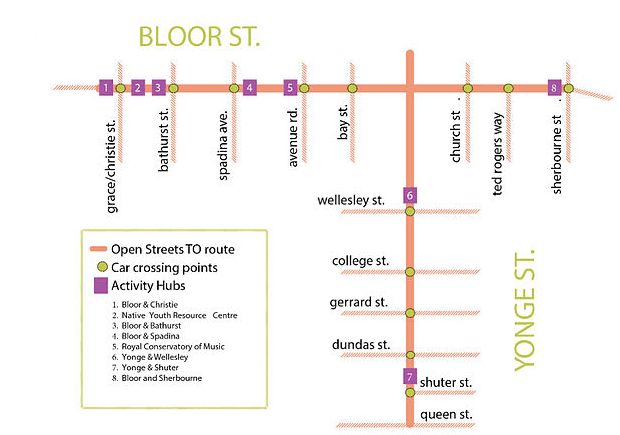 Where: Bloor Street (East/West from Montrose Avenue – just west of Christie Street – to Sherbourne Street) and Yonge Street (North/South from Bloor Street to Queen Street)
When: August 20 at 10 am to 2 pm