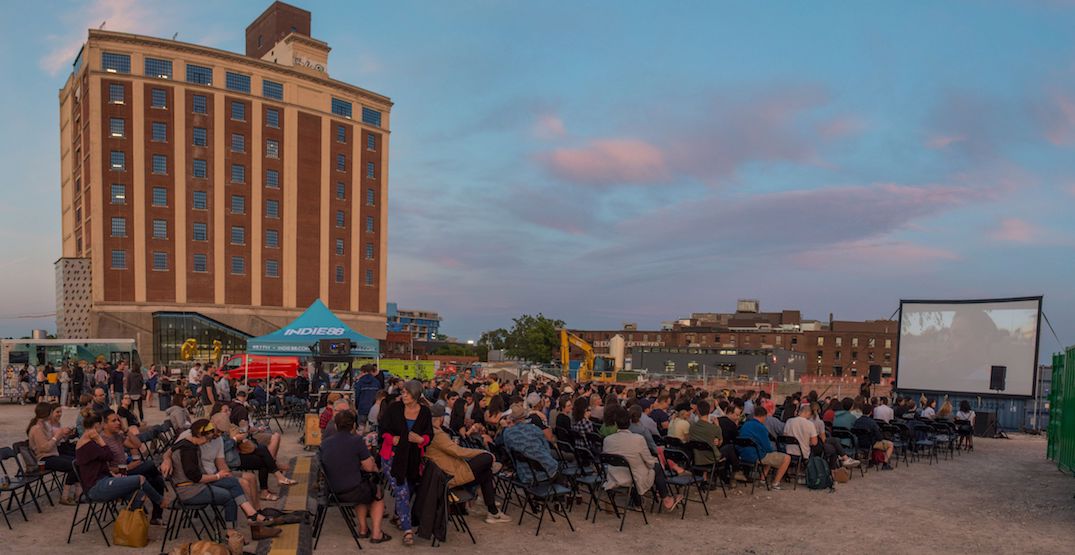 With warm weather in sight comes plenty of opportunities for outdoor movies on the big screen.

Among the many outdoor film festivals happening in the city this summer, Toronto’s Open Roof Festival is coming back for its tenth year with a brand new line-up of movies to be played every week, paired with live local music, food vendors, cold beer and wine. Film buff or not, you can’t really go wrong with that combination.

The festival has a different movie planned every Wednesday evening for 10 weeks this summer on Sterling Road in Toronto’s Lower Junction neighbourhood. It kicks off on June 19 with Jordan Peele’s terrifying Us.

Here’s the 2019 schedule announced so far:

Movies and music for the August 14 and 21 dates will be announced in July.

Tickets to this year’s festival are already on sale and can be purchased in advance here. You can also grab tickets on-site at the box office, which will open at 7 pm on show nights and will be cash-only.

Food and drink sales will also be cash-only.

When: Every Wednesday from June 10 to August 21. Musical guest will play at 8 pm, and movie screenings will start at about 9 pm.

Where: A lot located 181 Sterling Street, right across from the entrance to the Museum of Contemporary Art Toronto Canada, in the Lower Junction neighbourhood.