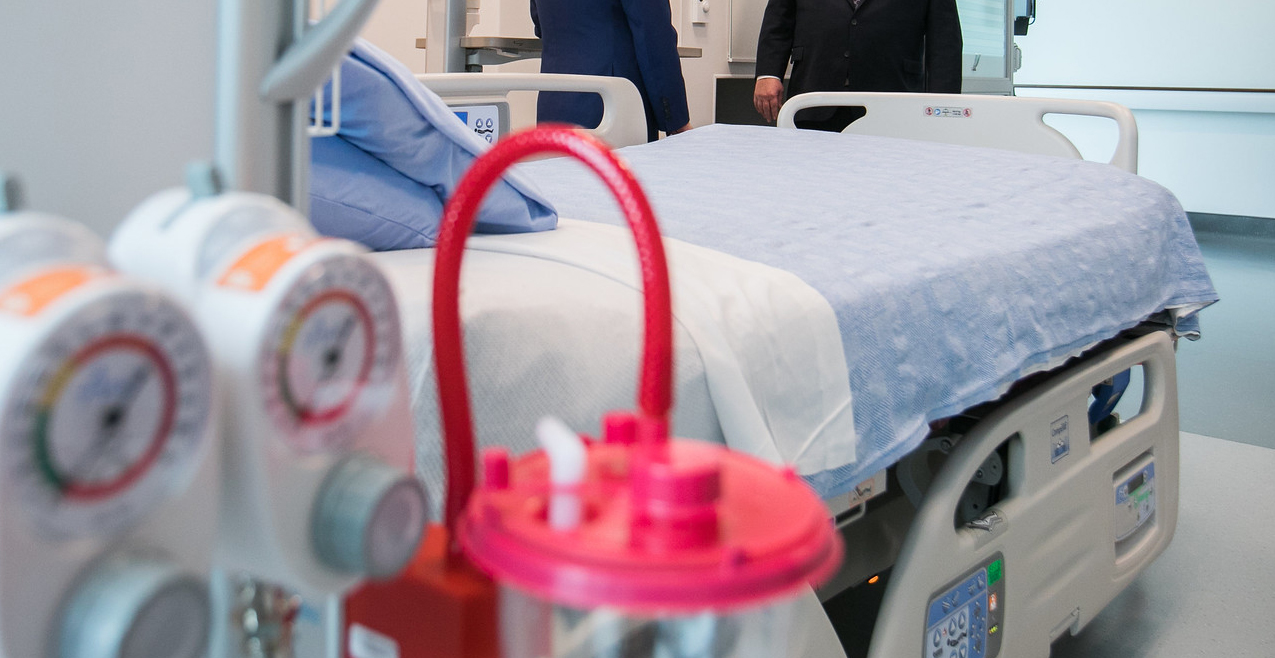 A hospital bed in Ontario (Premier of Ontario Photography/Flickr)

Public health experts are calling for Stay-at-Home orders to reign in the growing third wave of COVID-19 infection.

The latest surge in cases is being driven by variants of concern, which now make up most new infections, according to the province’s latest data.

These variants are more transmissible and more dangerous, sending higher numbers younger Ontarians to hospital. According to the province’s modelling, risk of ICU admission is twice as high and risk of death is 1.5 times higher with a B.1.17. (UK) variant infection. 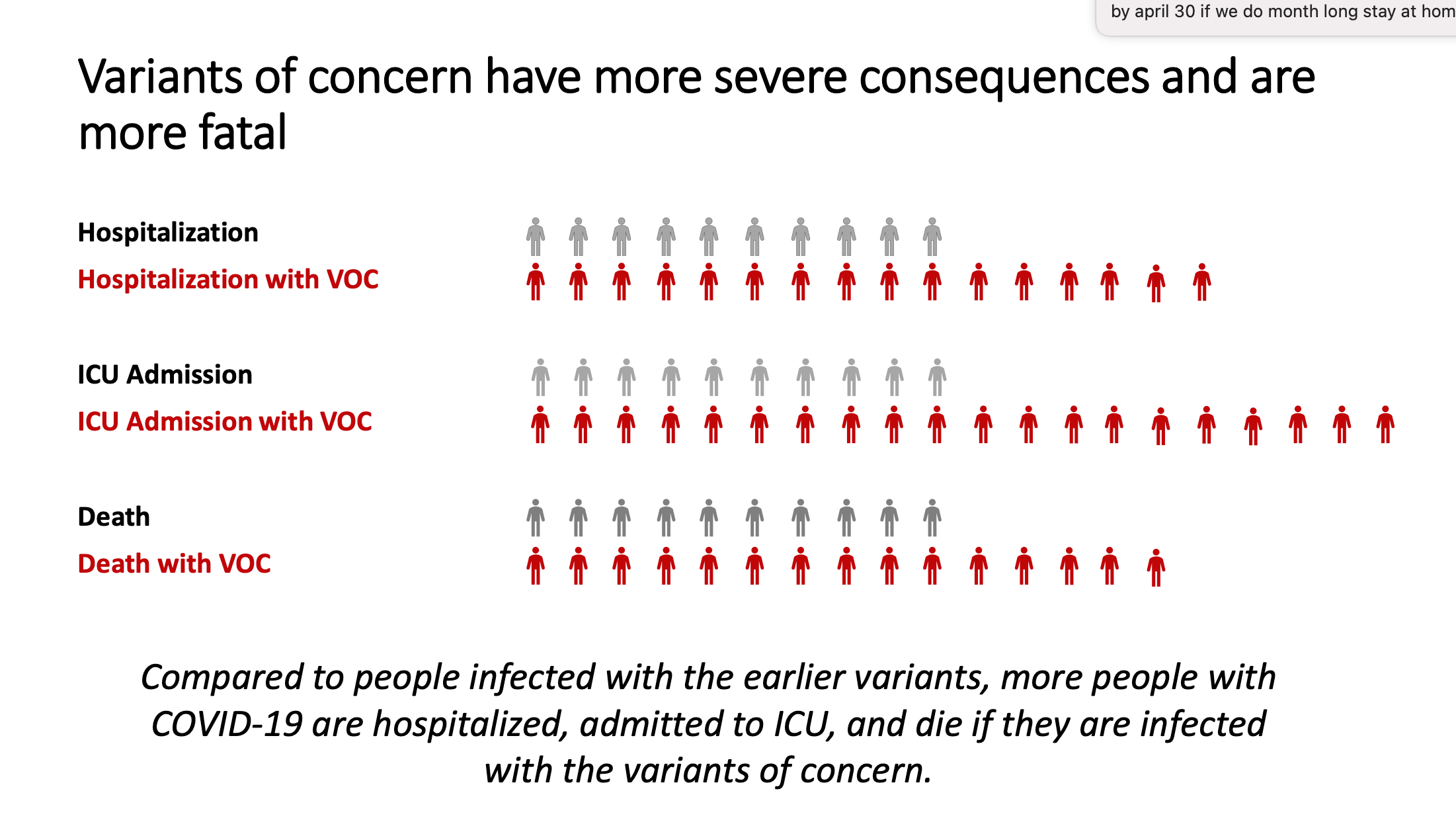 The province’s latest epidemiological predictions suggest Ontario could see 6,000 infections per day by the end of April if it stays the current course. That number accounts for Ontarians getting vaccinated on schedule.

But less than 2,000 cases per day are predicted by the end of April if the province implements a two or four-week Stay-at-Home order. 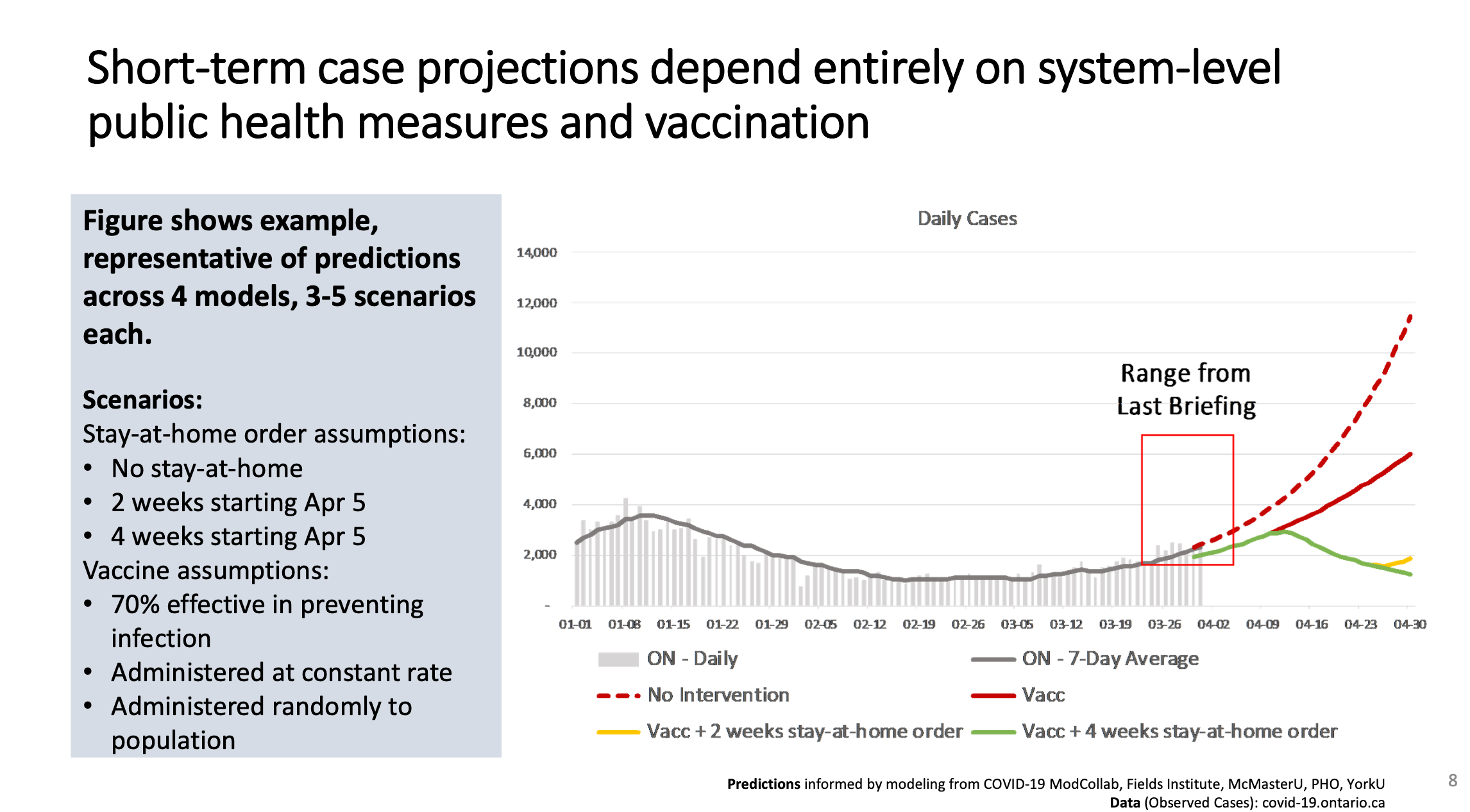 The burgeoning third wave is threatening the ability of hospitals to cope with both COVID-19 infections and regular ICU admissions, according to the modelling. Over the past two weeks, hospitalizations due to COVID-19 have increased by 41.7%.

At the same time, patients admitted to the ICU are getting younger, with nearly half (46%) of ICU patients now under 60 years old.

Anecdotally, Brown has heard from doctors that entire families are showing up in intensive care. Before, a grandparent might have been accompanied by an adult child who caught a milder illness caused by the same virus. But now everyone in the family is facing a more severe infection.

He recounted the story of one family whose members were split up over three hospitals in Toronto and Simcoe due to lack of space.

“Even as people are fighting for their lives, we have to separate families and move them to other regions that have a spare bed,” he said.

Vaccinations not reaching most vulnerable populations

The province is making progress with vaccinations, but it’s not reaching those most at risk of infection in an equitable way, Brown said. That delays the province’s overall strategy to reduce infections and deaths. 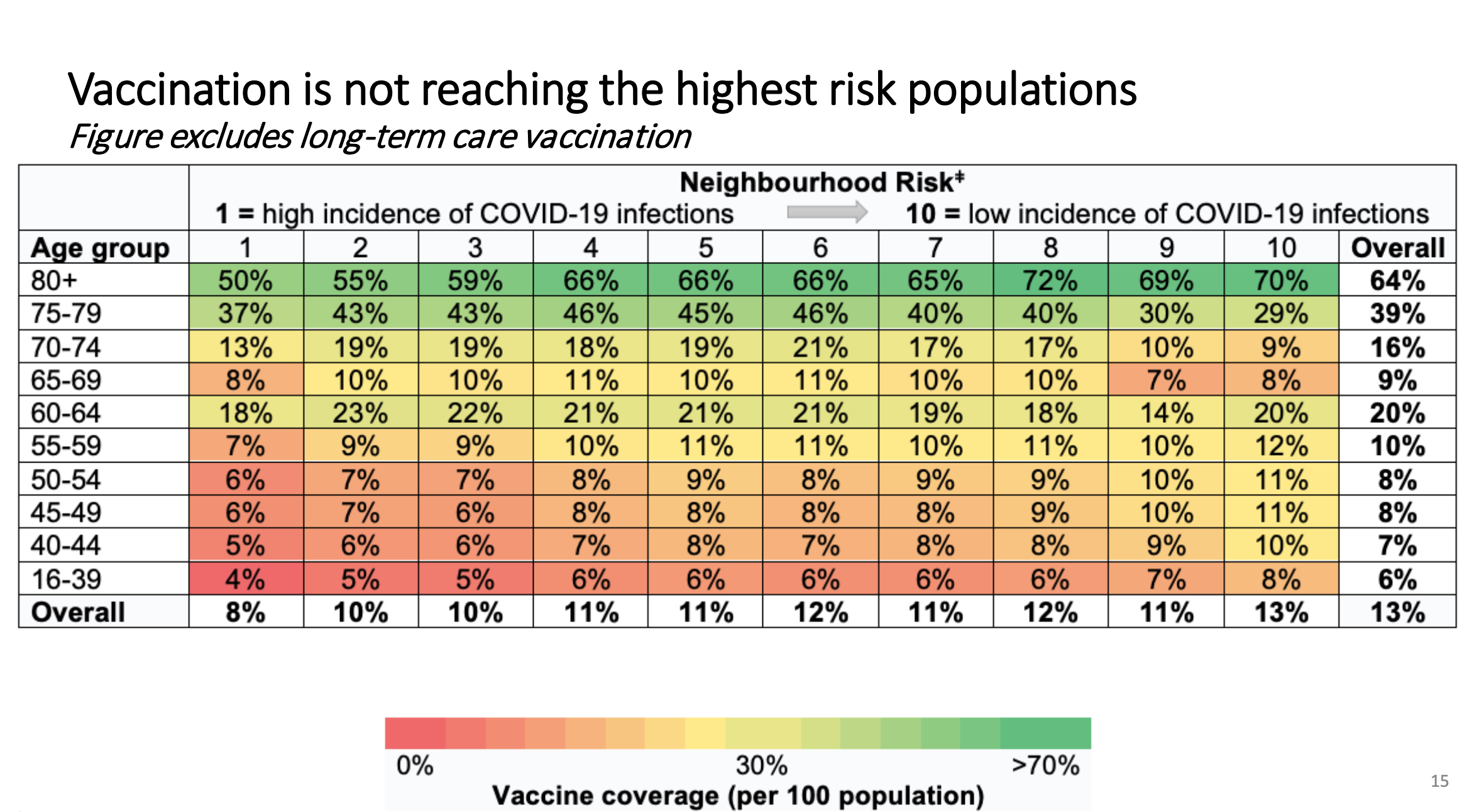 The modelling data also suggest that school closures due to COVID-19 have had an inequitable impact on students by piling on difficulties for children who were already disadvantaged.

Brown recommended minimizing school disruptions going forward, saying schools should be the last to close and the first to open in a pandemic situation.

There are a total of 352,460 confirmed cases of COVID-19 in Ontario reported to date.