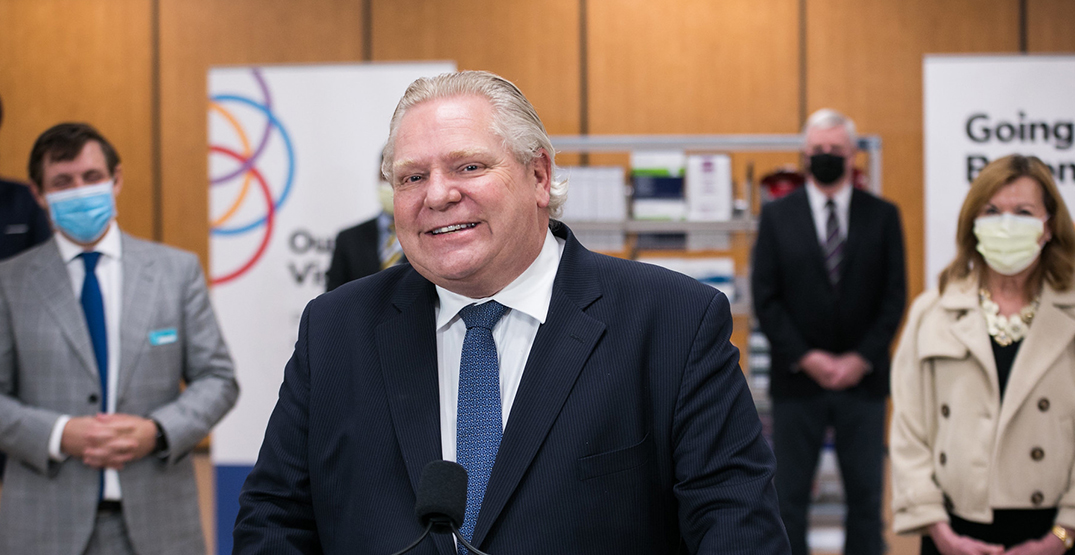 Going back to stricter lockdown measures to protect people’s health is very much on the table for Ontario Premier Doug Ford.

As Ontario’s COVID-19 cases soar past 2,000 and hospital admissions climb, Ford made it clear he’s ready to clamp down again.

“I won’t hesitate to lock things down if we have to,” he said. “I did it before and I’ll do it again.”

Speaking at a news conference at Toronto’s Humber River Hospital vaccination clinic, he added any change in COVID-19 restrictions would be in consultation with the province’s top health officials.

“Nothing’s more important that our health … without people’s health we won’t have an economy,” he said.

Unpredictability in federal vaccine procurement has made it difficult for Ontario’s mass vaccination clinics to begin operations as scheduled, Ford said. He pointed to a reduction in the size of an expected Moderna shipment leading to a false start at the recently opened drive-through vaccination side at Canada’s Wonderland.

“I just want vaccines. That’s it,” he said. “Any hospital CEO will tell you we don’t have the supply that we need. it’s as simple as that.”

Federal health officials said Tuesday that an increase in vaccine supply is coming. By May the nation will be receiving one million Pfizer doses per week, and that will increase to two million doses per week in June.