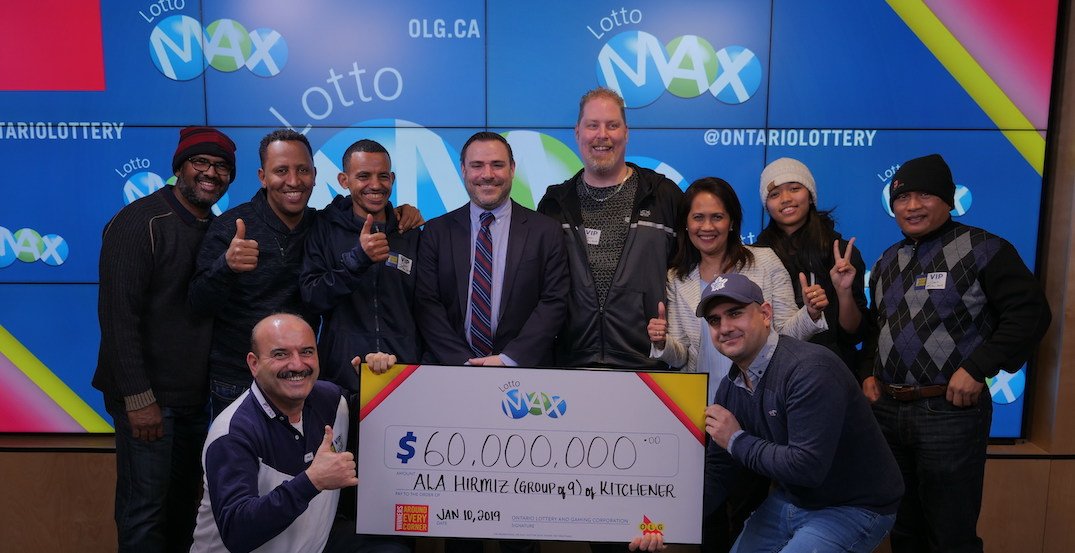 A group of nine co-workers from Southern Ontario have won the $60 million Lotto Max jackpot.

The group, who are auto parts production line workers, won the December 21, 2018 draw.

“We’re a very close line – closer than any of the other lines,” said group leader Ala Hirmiz, in a release. “We always talk and joke and celebrate each others’ birthdays. And now we get to celebrate this unbelievable win together.”

According to Lotto Max, the co-workers work the same line and the same shift at an auto parts manufacturer in Guelph.

Some of the group are married, some are single, and between all of them they have 17 kids. Eight of the winners are immigrants, hailing from parts of the Middle East, South East Asia and Africa and they range in age from 21 to 57.

They started to play together in the last two months when the Lotto Max jackpot hit $60 million.

In addition to new vehicles, new homes and family vacation, the group is looking forward to relaxation time.

“I’ve been in Canada for less than a year and so far I’ve only known work – I’m excited to explore the country,” said Bassam Abdi.

As for their current jobs, most will slowly retire from the factory and upgrade their education or look to other opportunities.

“We are so blessed, happy and thankful,” said Ala Hirmiz.

The group members are:

The winning ticket was purchased at Little Short Stop Store on Silvercreek Parkway in Guelph.