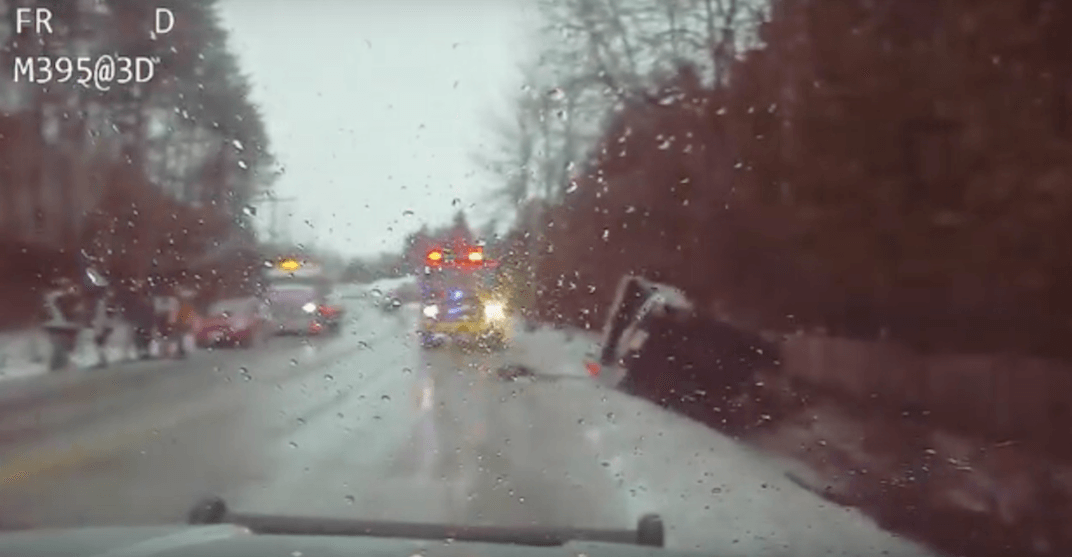 A 30-year-old Ontario woman has been arrested and charged with impaired driving after driving off the roadway and colliding with a tree.

According to York Regional Police, a baby and a puppy were also inside the vehicle at the time of the collision.

On Wednesday, January 23, shortly after 3 pm, officers were called to the scene of a collision on Metro Road in the area of Deer Park Drive in the Town of Georgina, which is just over an hour north of Toronto.

When they arrived on the scene, they saw a pick-up truck that had left the roadway and struck a tree. There was debris scattered on the roadway, including a stroller.

Officers were advised that the driver, along with her 17-month-old baby and shepherd puppy, were out of the vehicle and luckily uninjured.

According to police, officers at the scene spoke with the driver and could smell alcohol.

She was placed under arrest and transported to #3 District for a breath test where she blew more than twice the legal limit.

Both the baby and the puppy were turned over to the care of family members and the Children’s Aid Society was contacted. However, the name of the accused is not being released to protect the identity of the child.

“It continues to frustrate me, and the frontline members of York Regional Police, who respond to these incidents and who witness firsthand the tragedy impaired driving can cause,” said Chief Eric Jolliffe.

“It is nothing but sheer luck that serious injury or death were avoided in this collision,” continued Jolliffe.

Dashcam video of first responding officer arriving at the scene of the collision was shared online Thursday morning.

“Despite all our education and enforcement efforts, people continue to choose to consume alcohol and drugs and get behind the wheel of a vehicle. These choices are putting all of our lives at risk,” said Jolliffe.

On January 1, tougher impaired driving laws came into effect and now a first-time offender faces a minimum fine of $1,000, while a third-time offender will face 120 days in prison.