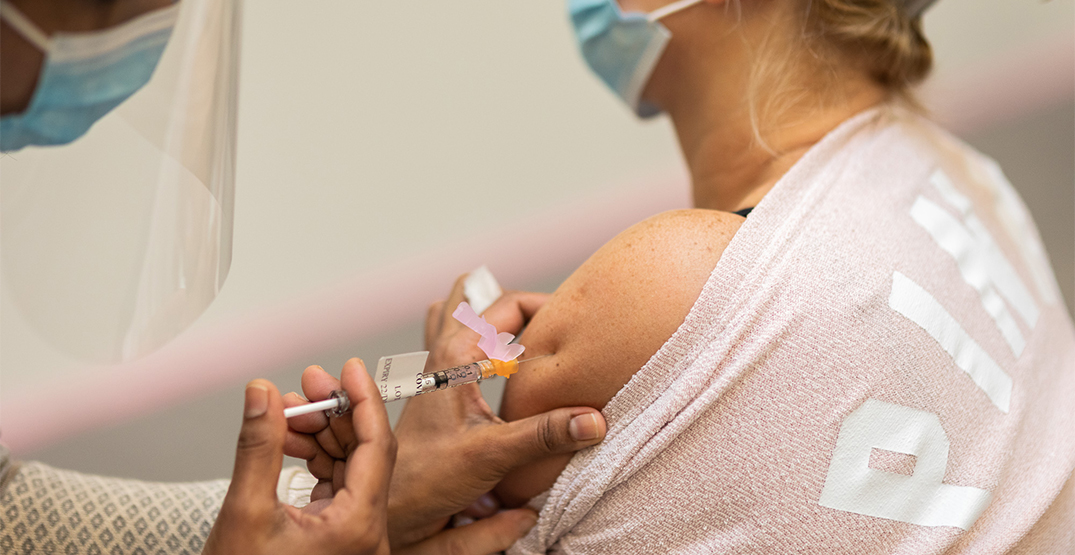 Ontario has sped up its timeline to get many people a second COVID-19 vaccine, but when individuals become eligible depends on several factors, including where they live.

Officials released the updated timeline during a technical briefing on the immunization strategy this week. More health regions have been designated Delta variant hotspots to be prioritized for second doses, and youth 12 to 17 should be able to book a second shot before returning to class in the fall.

But just because someone is eligible doesn’t mean getting a second dose appointment is easy. With vast swaths of the province becoming eligible to book a shot on Monday, wait times on the province’s booking system ballooned.

In addition, NACI updated its recommendations Thursday to say individuals who got a second shot of AstraZeneca should get an mRNA second shot. That means demand for Pfizer and Moderna appointments at mass immunization clinics could increase.

Here’s an overview of what Ontario’s plan for second doses looks like: 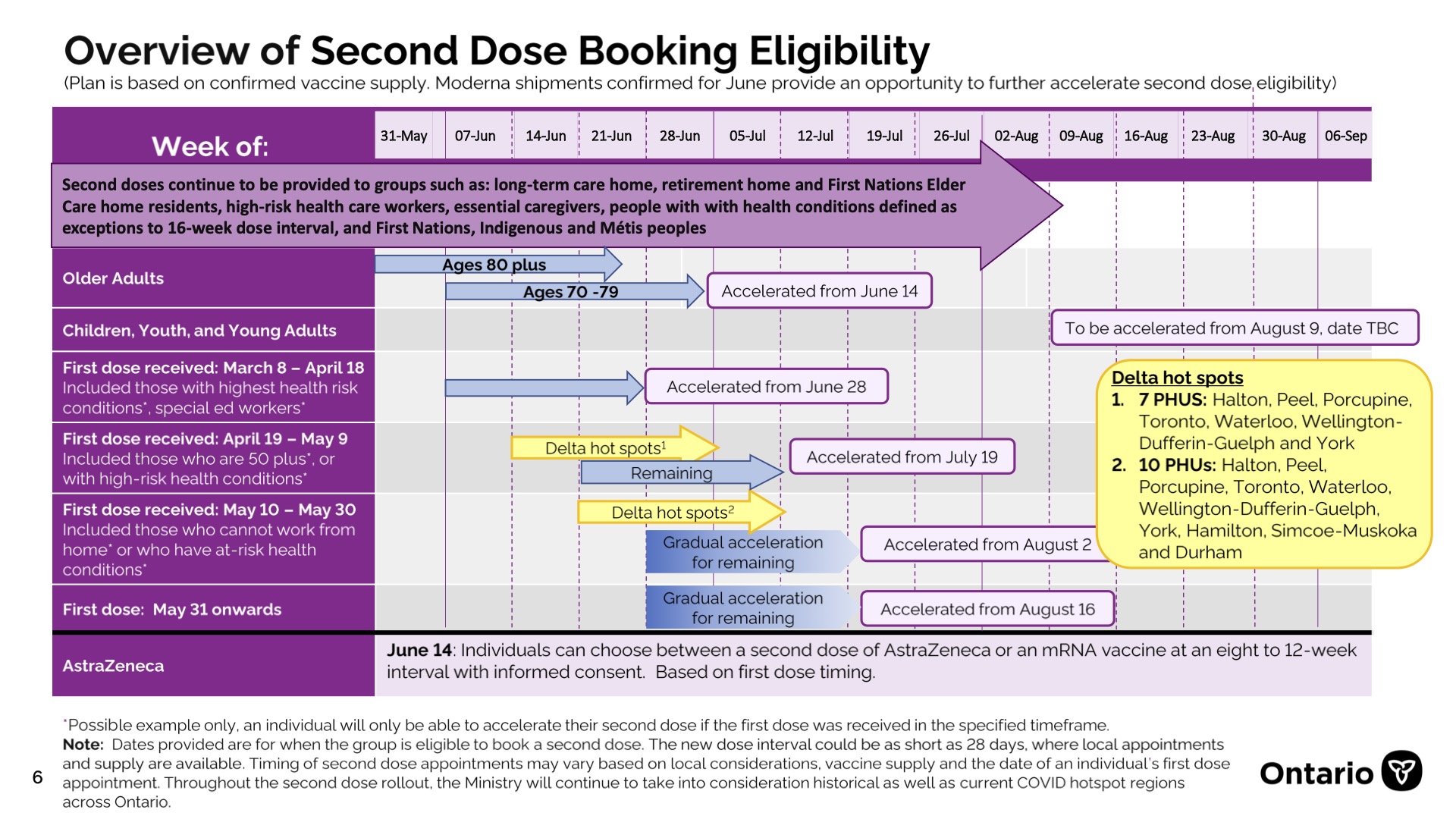 In all cases, individuals need to wait the designated interval between doses to be eligible for their second shot. For both mRNA shots, that’s 28 days, and for AstraZeneca, it’s eight weeks.

If you live in one of the seven original Delta hotspots, you’re eligible now for a second dose:

If you live in one of the three hotspots added this week, you’ll be eligible to book a second dose starting June 23:

Some people are eligible earlier because of age, occupation, or other conditions.

Older adults 70 and above are eligible for a second dose now, and can book through the provincial booking system, a participating pharmacy, a hospital, or a community pop-up.

Health workers are already eligible to book a second dose.

People who received a first dose before April 18

This group includes special education workers and those with high-risk health conditions. They are already eligible to book a second dose, and have been since the week of June 7.

Teenagers will become eligible for a second shot after all remaining adults are eligible. Right now, August 9 is the estimated date for second dose eligibility, but the government says that may be accelerated depending on supply.