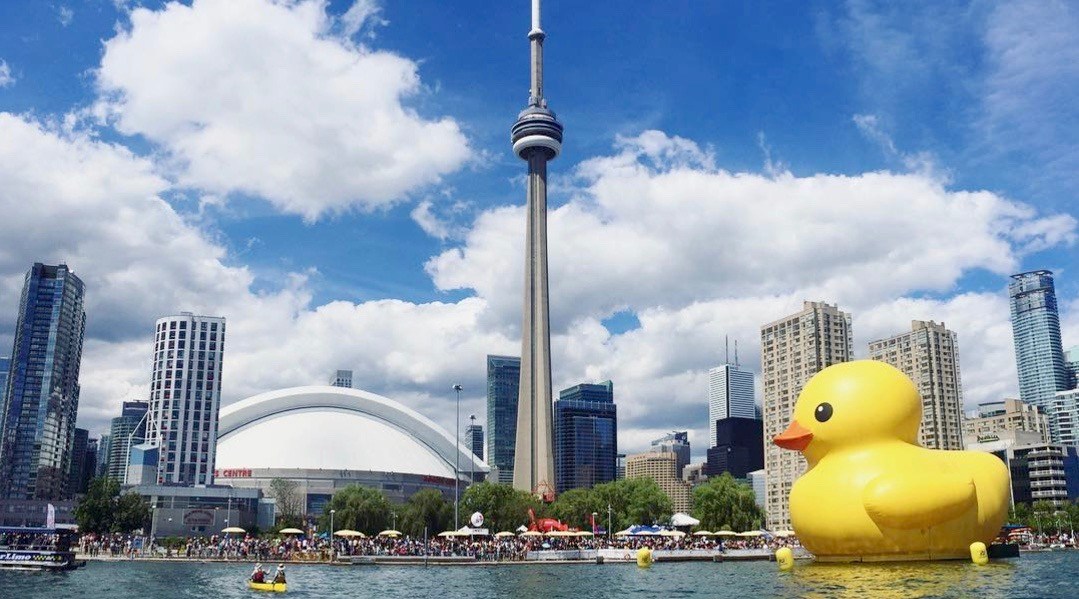 According to the Water’s Edge Festivals & Events, the ONTARIO 150 Tour was named Tourism Event of the Year at the Tourism Industry Association of Ontario Awards this week.

During the summer of 2017, Water’s Edge Festivals & Events brought the ONTARIO 150 Tour to six ports throughout the province including Toronto, Owen Sound, Sault Ste. Marie, Midland, Amherstburg and Brockville. The tour included the beloved 61-foot-tall, 30,000-pound World’s Largest Rubber Duck, among other things like Rhythm of the Nation, a unique interactive multicultural music and dance show, and an axe throwing and tree climbing event from the West Coast Lumber Jack Show.

“It was phenomenal to be a part of a tour that captivated so many people and that had such a positive impact on the cities and towns throughout Ontario that it visited,” said Nancy Gavin, Manager of Brand Development at Redpath Sugar. “Our fellow businesses along Toronto’s waterfront still talk about that Canada Day weekend where they had record business, including line ups out the door and many of them running out of supplies.”

According to organizers, overall, the pan-provincial event generated an economic impact of $11.2 million and had an attendance of over 1 million visitors.