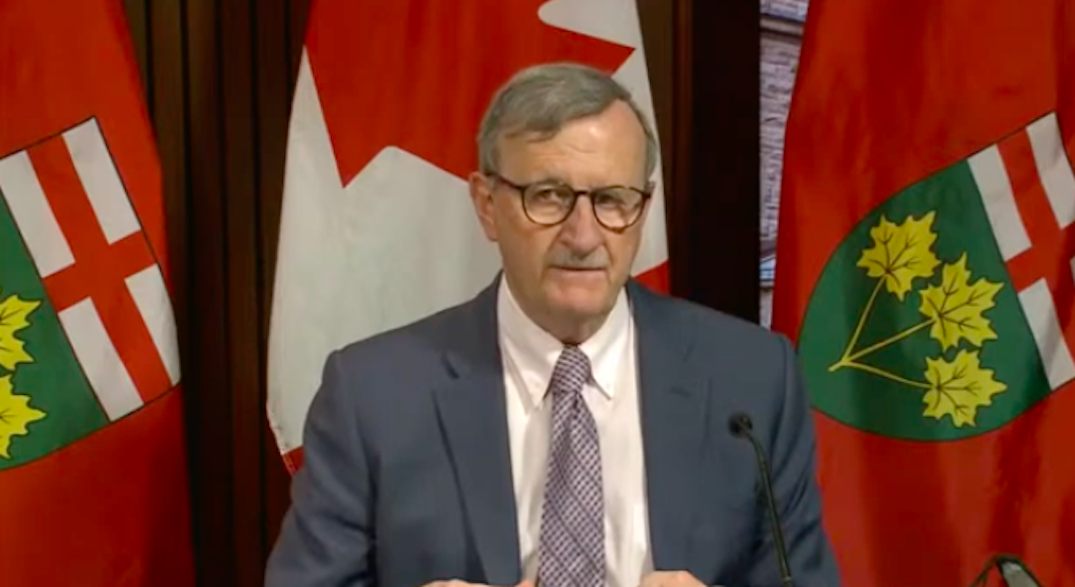 Ontario’s top doctor confirmed that the province is in the midst of a third COVID-19 wave, but said it depends on what kind of wave it is.

During a press conference on Thursday, Chief Medical Officer Dr. David Williams said the third wave has been driven by the variants of concern, especially the UK or B.1.1.7 variant.

“We are in the third wave it is just a matter of what kind of wave is it?” he said. “Is it an undulating wave? Is it a rapidly rising breaking wave? Is it going to look like wave two? We don’t know right now.”

Earlier on Thursday the province confirmed over 1,550 cases for the second day in a row, with cases steadily increase over the last few weeks.

Williams said the numbers in the province with cases, hospitalizations, and ICU are escalating with Ontario in a “precarious” situation.

Ontario’s top doctor noted other jurisdictions in the world have managed to avoid a third wave and further lockdowns with the variants, hoping the same can be done in the province.

“Right now it looks like we are doing it. But I am not going to be complacent and say we have it done,” Williams said.