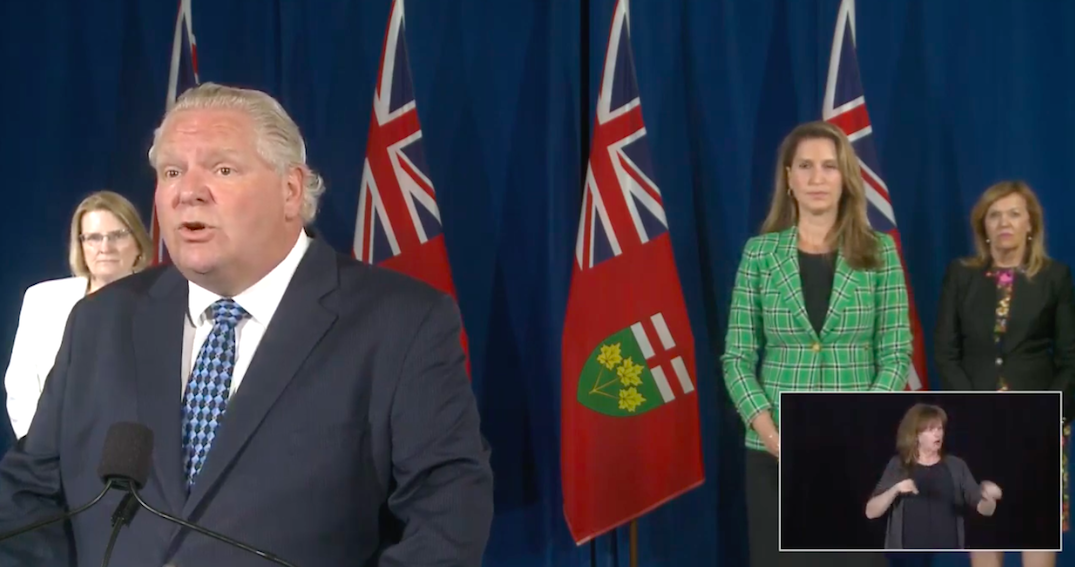 The Province of Ontario is establishing a task force to improve provincial oversight of the towing industry and to end the ongoing turf wars.

On Monday, Premier Doug Ford said that the task force will help develop a regulatory model that will increase safety and enforcement, clarify protections for consumers, improve industry standards, and consider tougher penalties for violators.

The government is taking this action in response to concerns raised about incidents of criminal activity and violence in the towing industry.

“The party’s over for the bad actors who are engaged in violence and criminal activity in the towing industry. We’re going to keep working with our police partners to bring these criminals to justice,” said Ford.

“Setting up this task force will help us bring together experts to develop ways to better protect drivers, operators, and inspectors.”

According to the Province, the task force will review a number of topics related to the towing industry, which could include provincial oversight of safety, consumer protection, improved industry standards, training, and background checks.

As part of the review, the task force may consider opportunities for increased protections for consumers against the first-to-scene unethical business practices, insurance savings through a crackdown on insurance fraud rings, or improved consumer choice for payments and repairs.

The province is also reviewing ways to improve the transportation system by clearing accidents more quickly which would minimize lane reductions and reduce congestion on highways.

“Most tow truck operators in Ontario are responsible and play a critical role in keeping our roadways safe. However, like all people of Ontario, our government is concerned about the recent reported incidents of violence in the towing industry,” said Transportation Minister Caroline Mulroney.

“We are committed to ensuring a higher standard for the tow truck industry and are looking at ways to provide greater oversight of the industry to keep our roads and highways among the safest in North America.”

“Once the task force has developed proposals for discussion and comment, it will be consulting with industry, municipalities, and public safety experts,” the Province said.

The tow truck turf war has been ongoing for some time.

On May 26, hundreds of charges were laid by York Regional Police Organized Crime and Intelligence Services following an investigation into a tow truck turf war in the GTA.

At the time, according to investigators, the region “has been the scene of violence between rival tow truck companies who have been fighting over financial profits from the towing of vehicles and, the most significant source of profit, the frauds following the initial tow.”

They said that the competition for control of the towing market has resulted in murders, attempted murders, assaults, arsons, threats, and property damage.

The ongoing investigation has identified several organized crime groups working within the towing industry who have used violence and property damage as a means to gain control and territory within the industry.