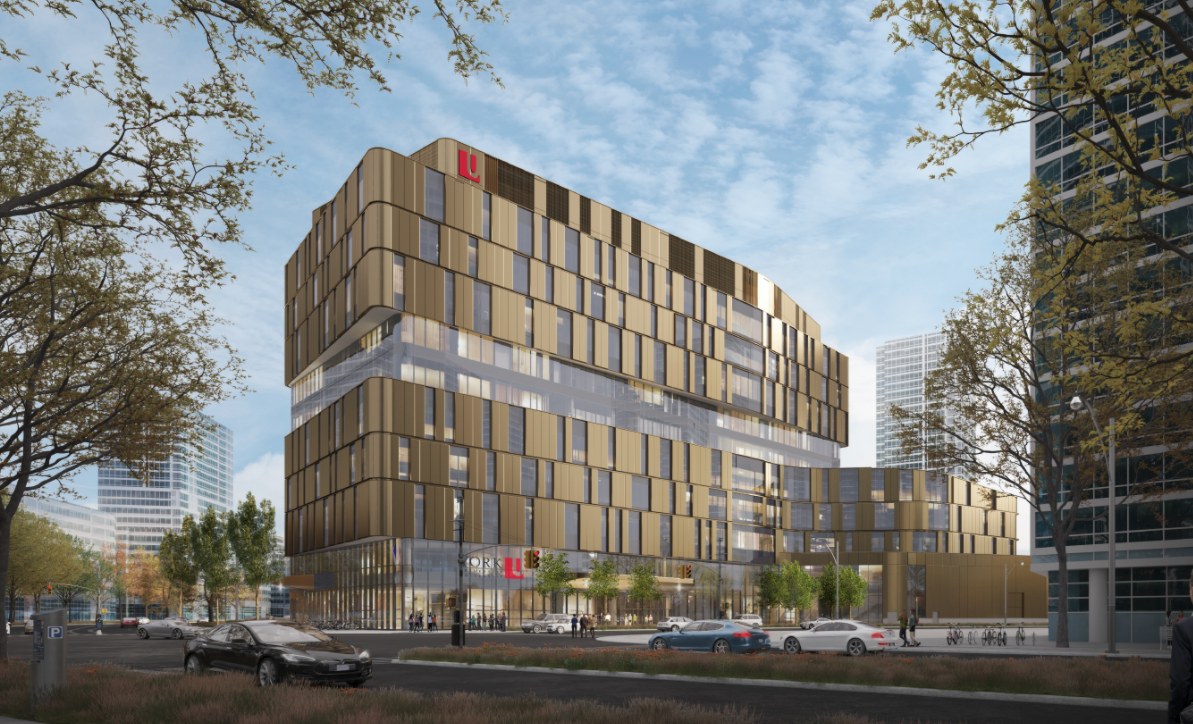 The Ontario government says it is supporting the construction of York University’s new Markham Centre Campus, which will be the “first publicly assisted university in York Region.”

Premier Doug Ford and Ross Romano, Minister of Colleges and Universities, made the announcement in Markham on Friday afternoon.

“The time has come for a new, innovative approach to financing college and university expansions. Instead of the province writing multi-million-dollar cheques, we have developed a system that encourages the development of new campuses with a much smaller cost to the taxpayer,” said Premier Ford.

“The new Markham Centre Campus is a model of responsible expansion which will offer local students access to a world-class education and prepare them for the jobs of the future.”

The construction of the Markham campus will begin this month and will aid in York Region’s post-COVID-19 economic recovery, as it is expected to generate over $350 million in immediate economic benefits and to create over 2,000 jobs, according to the province.

#YorkU is excited to announce that we are moving forward with a bold plan to build our Markham Centre Campus, set to open in Fall 2023! The new campus will transform postsecondary education in York Region, Ontario and beyond. | #YorkUMarkham

It also said that the government will provide funding support for the operations of the campus when it opens its doors in 2023.

“Our province’s postsecondary institutions play a fundamental role in Ontario’s economy and will be key players in Ontario’s economic recovery,” said Minister Romano. “By supporting self-funded campus expansions like the one by York University, we are encouraging independence and accountability, expanding choice and opportunities for our students, and protecting taxpayers.”

York University’s new Markham Centre Campus will begin construction this month, and is expected to open in Fall 2023.

The campus will include over 400,000 square feet of space and will be able to accommodate 4,200 students, according to the province. It will be located on a five-acre site just north of Highway 407 and west of Kennedy Road, near the Pan Am Centre.