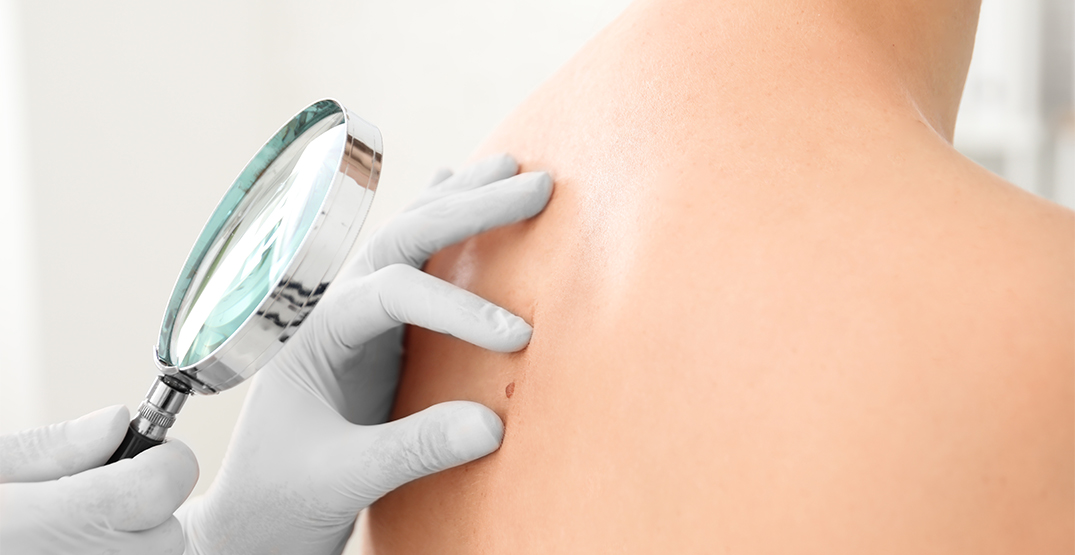 Rates of non-melanoma skin cancer are on the rise in Ontario, and so is the disease’s mortality rate, according to a new study by Toronto researchers.

The last time skin cancer rates decreased was between 1998 and 2003, and they’ve been rising ever since. According to a new paper published Monday in the Canadian Medical Association Journal, cases of keratinocyte carcinoma increased by 30% between 2003 and 2017 in Ontario.

As of 2017, approximately 369 per 100,000 men and 345 per 100,000 women in Ontario will develop keratinocyte carcinoma, which refers to any skin cancer outside of melanoma which affects the skin’s pigment-producing cells.

“On average, annual mortality rates from keratinocyte carcinoma were twice as high in males than in females, and rose four times faster than the incidence in both sexes,” the authors wrote.

They noted that while skin cancer has a relatively low mortality rate, it is associated with “substantial” morbidity and impaired quality of life.

Young women had the most rapidly increasing rates of non-melanoma skin cancer, although the disease still hits men more often than women overall.

Before age 55, women are more likely to develop skin cancer. But that flips after age 55 when many more men than women are affected by the disease. 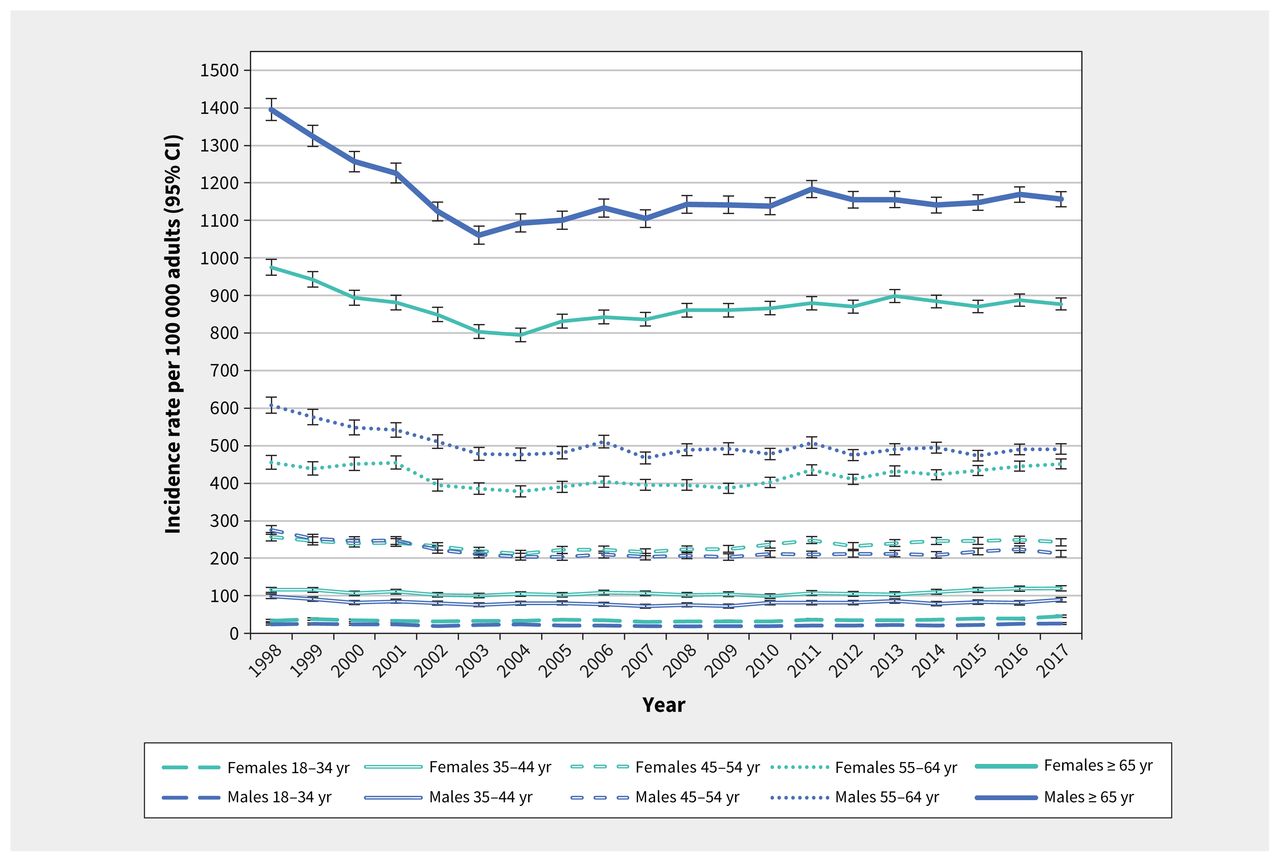 The researchers looked at health databases, insurance claims, and death certificates to track cancer rates over the years.

Age is a risk factor for skin cancer because people have more cumulative sun exposure the longer they live.

Men are also more likely to have outdoor-focused jobs, and research suggests they’re less likely to engage in sun-protective behaviours such as wearing sunscreen. However, women are more likely to seek a tan through natural sun exposure or in a tanning bed.

The study authors also noted that the 1980s and 1990s were filled with skin cancer prevention campaigns in Ontario, and those have waned in recent years. Research also suggests that tanning bed use increased and sun-protective behaviours decreased between 1996 and 2006.

The authors also found that higher income brackets are affected by skin cancer more. That could be due to affluent individuals having a better ability to take time off work and seek medical care for skin abnormalities.

Skin cancer also affects white people most often because a lack of skin pigmentation provides less protection against the sun’s rays. But although rates of skin cancer are lower for people of colour, previous research has documented that skin cancer in people of colour is often caught later, resulting in worse outcomes.

Study authors noted that people of colour accounted for a rising proportion of individuals diagnosed with skin cancer over the study period in Ontario. However, the primary health database they used does not track data on race, and researchers instead looked at census data for context.

They estimated that more than 95% of non-melanoma skin cancer patients in Ontario were white after looking at data from the US that does take race into account.