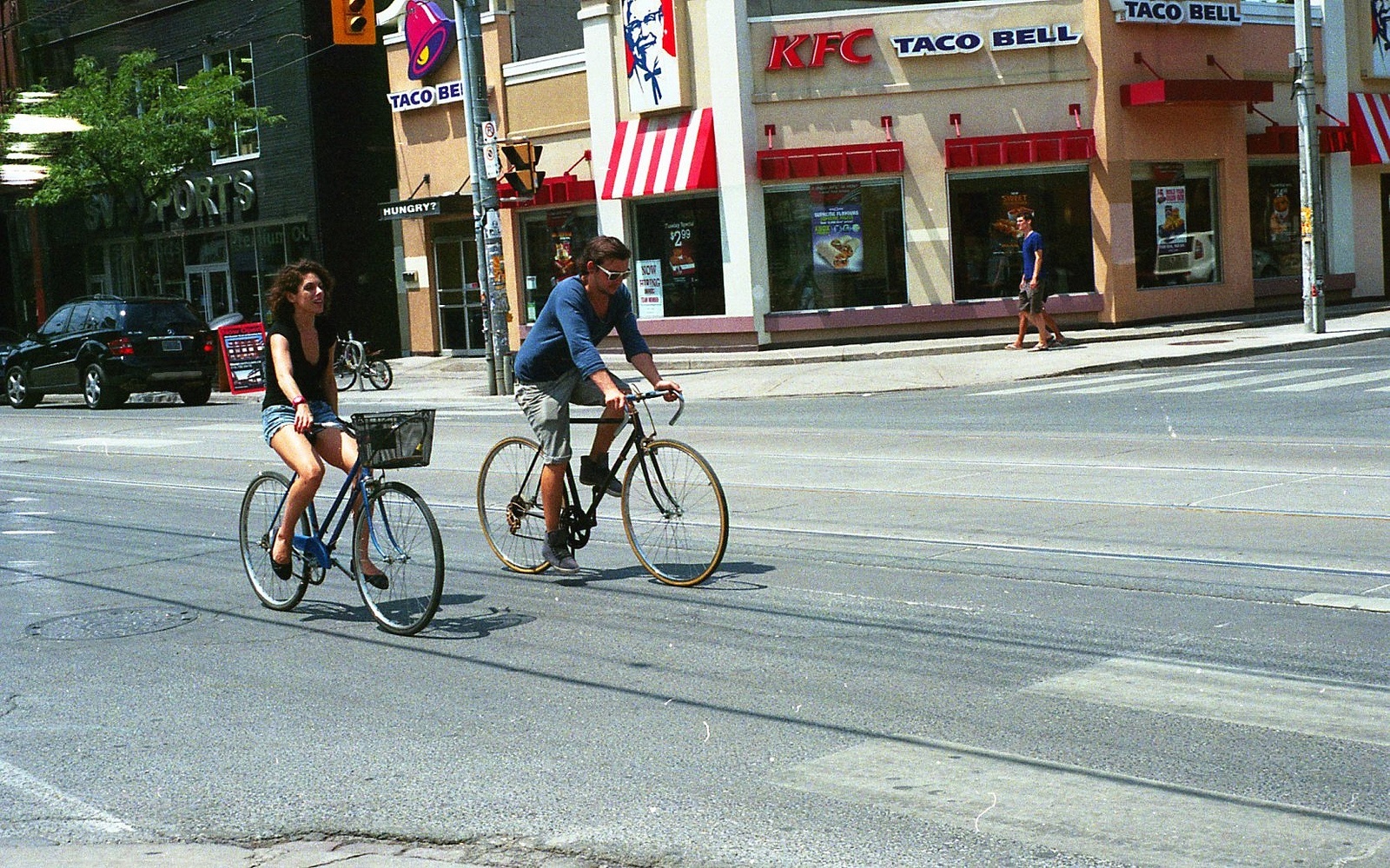 Last night I was driving my car along Queen Street West just after 6 pm.

In case you’ve somehow managed to miss it, downtown Toronto is a mess right now. It’s impossible to go three blocks without running into lane closures, detours, or signs of fresh construction. And Queen Street is no exception.

Heading west at that time of night isn’t good for anyone. But last night was a perfect storm. It was 40 degrees C with the humidex, the sun was in everyone’s eyes, and it was the end of a long, hot, sweaty day.

And I stopped in the middle of the road.

Not for no reason, mind you – I had found a place to parallel park. I had put my signal on, then threw my car in reverse, and slowly started to slip backwards into the spot.

But here’s the problem. While the car behind me stopped and waited for me to take my place, the cyclists, much further behind when I first signalled, kept going. Now, as I was moving into the spot, they were nearly on my back bumper. So while I was absolutely not cutting them off when I began to park, I was now nearly about to do so halfway through.

As they rode past, swerving into the left lane to avoid my out-sticking hood, one of the cyclists screamed, “You can’t do that!”

And the thing is, I have no idea if he was right.

If he was, it is impossible to parallel park during rush hour – you’d interrupt a cyclist every single time you tried. And if he’s not right, cyclists’ journeys home would be extended (to an exhausting degree) every time they had to stop for a parking car.

But I honestly can’t really see an answer that makes sense here. And the Ontario Highway Traffic Act has very little to offer up. Despite offering roughly 17 definitions of what a bicycle is and is not, it’s outline for right of way between cars and bicycles sharing the road is essentially non-existent.

So, basically, wtf. How is this actually supposed to work. If you have some insight please feel free to share it with us on our Facebook page.

The problem is everyone, including me, doesn’t like to think of themselves as one.