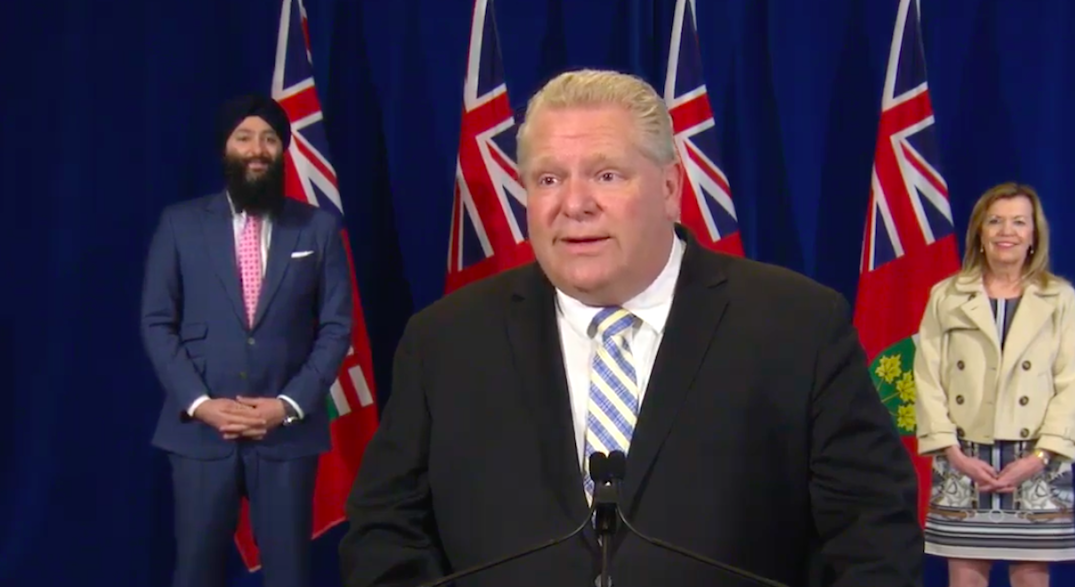 Premier Doug Ford said an announcement on Ontario schools and childcare will be coming early next week, as other sectors of the economy begin to reopen.

On Friday, when the premier was asked about parents who want to return to work but can’t because schools and non-essential childcare centres are still closed, Ford said that family is a priority.

He then confirmed that the Minister of Education, Stephen Lecce, will have an announcement on Tuesday about childcare centres and schools in the province.

Ontario schools have been suspended since mid-March, with children learning online with the Learn at Home program, and will be closed until June at the earliest.

The premier also said that he wished everyone a “happy, safe and healthy weekend,” emphasizing that everyone must practice physical distancing with the upcoming holiday.

“We don’t have enough bylaw or police officers to monitor 14.5 million people. So, we rely on the public to do the right thing,” Ford said.

“Moving forward, we are in a good way right now and we need to keep the numbers going down. If people didn’t follow the protocols, we wouldn’t be in the position we’re in right now.”

Ford said that if residents choose to have a barbecue for the weekend then they must stay two metres apart.

While it’s still unknown if schools will remain closed, other sectors of the economy are gradually starting to open up shop.

On Saturday, May 16, golf courses will be open, private parks and campgrounds may open to enable preparation for the season, and, marinas, boat clubs and public boat launches may open for recreational use and businesses that board animals will reopen.

On Tuesday, May 19, the province will officially enter Stage 1 in the reopening of the province, like retail stores, not in shopping malls, allowing customers inside with physical distancing measures in place.

Seasonal businesses and recreational activities for individual or single competitors, including training and sport competitions conducted by a recognized national or provincial sport organization can open on Tuesday.

But, Ford emphasized that these places can open “only if they are ready.”

“Thanks to our collective efforts we are prepared for the next stage of reopening the economy,” the premier said.

“We are getting thousands of people back to work. We have the framework, safety guidelines and capacity in our healthcare system.”

Ford emphasized that the risk of flare ups “is real” and that the province must stay “vigilant” and not ignore the health advice of the provinces’ top health officials.