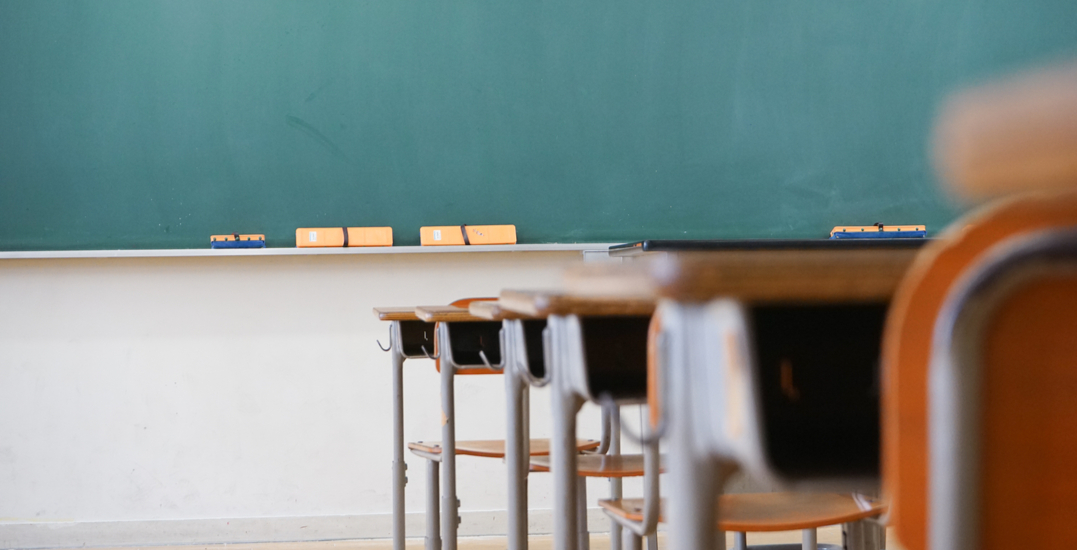 The Government of Ontario is reporting 92 more COVID-19 cases in schools in Wednesday’s update, surpassing 2,000 school cases since September.

According to the provincial government, 40 of the new cases are student-related, 13 are staff-related, and 39 are unidentified.

There has been a reported 938 school-related cases in just two weeks, with 1,063 cases reported 14 or more days before that.

Out of the 2,001 cases reported since September, about 55% of cases have been reported from students.

There are no school closures to report at this time; however, 595 schools currently have reported cases.

As for licensed childcare centres, there are now 399 total confirmed cases, as well as 90 centres and 380 homes closed.

The Toronto District School Board shared that more than 5,000 students have fallen short of their projections for both in-person and online learning for this school year.

In an email sent to Daily Hive, the TDSB confirmed that approximately 5,500 students aren’t enrolled this year, which also affects provincial funding.

On Wednesday, the Government of Ontario reported over 1,000 student cases since back to school season last month.