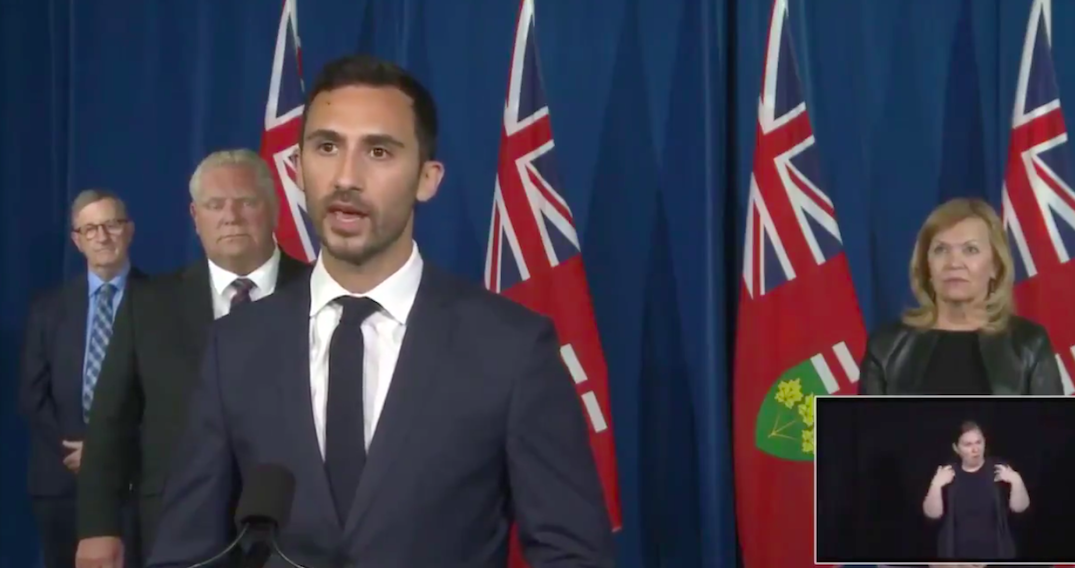 Education Minister Stephen Lecce announced that March Break will be postponed until the week of April 12 to limit community transmission of COVID-19.

On Thursday, Lecce made the announcement with Deputy Premier and Minister of Health Christine Elliott and Chief Medical Officer of Health Dr. David Williams.

“The decision has not been easy but [is] a necessary one to help keep families safe from the variants,” he said.

Postponing the break will limit “opportunities for congregation, while reaffirming the evidence that schools are safe for students.”

The decision was made based on health experts’ and Williams’ advice, in conjunction with the province’s Science Table.

Lecce said that they do not want to see a spike in cases like what was seen during the winter break, and they are just delaying the March Break by one month to ensure students and staff stay safe.

Recently, Ontario teacher unions have been releasing statements on the importance of keeping March Break for the mental well-being of students, staff, and families.

On Tuesday, the Ontario Public School Boards’ Association said it supports having a March Break and the decision should be made by public health experts.

“These decisions must be made with the goal of minimizing the risk of exacerbating the pandemic, however, it is essential to also consider the impacts to student and staff mental health and well-being,” the statement said.

The Ontario Secondary School Teacher’s Federation (OSSTF) and the Elementary Teachers Federation of Ontario (ETFO) also want March Break to go ahead and said if the problem is that people might travel during that time, then the government must address people travelling, not schools.

According to the province, on February 2, the Ministry consulted with trustees’ associations, teacher federations, education worker unions, and principal and vice principal associations to get “their valuable perspectives.”

On February 8, students in 13 Ontario regions went back to in-class learning, and schools in Toronto, Peel and York open on February 16.