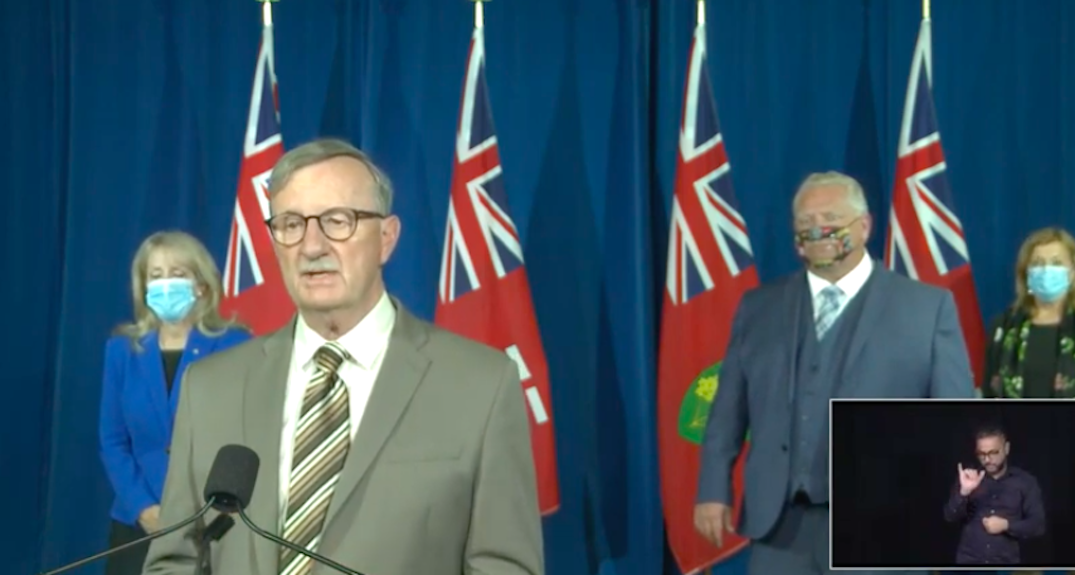 Ontario’s top doctor says there is “evidence of plateauing” with COVID-19 cases.

On Monday, Chief Medical Officer of Health Dr. David Williams said that with the measures taken in the province, they are “seeing evidence of plateauing.”

“We’re not out of it yet,” Williams said. “We’ve given 28 days with the first group of the hot zones, Toronto, Peel, and Ottawa, and now York one week later… We would like to see that down quite a bit.”

Williams said in order for Ontario to be in a place where Christmas celebrations can occur, a few factors need to be assessed.

He added that the pandemic has not been experienced in the depths of winter, nor has the flu season ended. The impact of schools being open also needs to be assessed.

“We need to get back to what we were experiencing more in the summer time, but it’s not the summer, it’s winter, so we need to see what happens.”

According to Williams, coronavirus modelling showed that if measures weren’t taken, there would be a doubling of numbers every 10 to 12 days, meaning Ontario would be at 1,200 to 1,400 cases a day right now.

And in Toronto, it was noted that there would be a doubling every six days if measures weren’t taken.

Currently, numbers in the province are hovering around 600, 700, and 800 daily cases, which Williams said is not a doubling.

“It’s not identical each day. What we like to see is the number coming down. It doesn’t come down as fast as it comes up. In May and June, it went down to 200, 100, which we can see again. A decrease in community transmission is what we need to do. We did it once and we can do it again.”