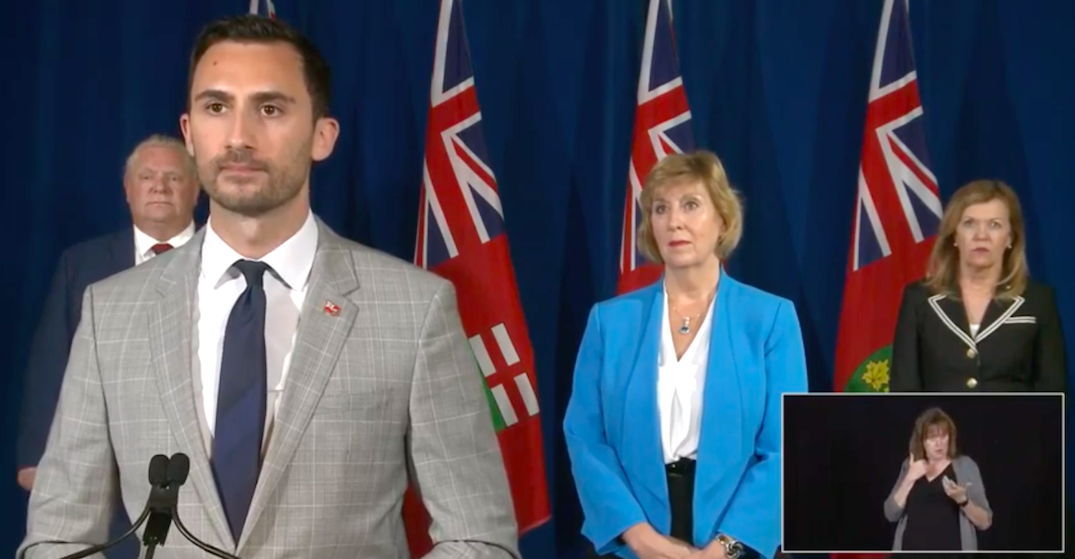 Ontario is planning to have students return to school in the fall, with more details to be provided for education staff, students, and parents by the end of June.

On Wednesday, Stephen Lecce, the Minister of Education, said that the current plan is to have schools open for class again in September.

“By the end of June we want to give some certainty to everyone that we have plan that will keep your child safe but allow them to return to school in the fall,” Lecce said.

“This is the plan for September. And we will obviously build a protocol that gives confidence to parents but also our staff as well.”

Lecce added that the Ontario government has taken every precaution possible to keep children safe which is why schools in the province remain closed.

“We said we would never compromise the safety of our youngest learners.”

The Education Minister also referenced to British Columbia and Quebec, two provinces that have reopened schools, but said they have “different education models” and were hit by COVID-19 at a different time to Ontario.

But, he noted that the province has been taking advice from medical and scientific experts and decisions for education have been informed by the Command Table and Sick Kids.

On May 19, Premier Doug Ford said that schools would not be reopening for the remainder of the school year.

Originally, schools were cancelled for two weeks following the March Break. But as the pandemic continued and coronavirus cases increased, the date for schools reopening kept getting extended.

Ontario schools have been suspended since mid-March, with children learning online with the Learn at Home program, which offers curriculums for Grade K to 12 and lessons for basics like reading, writing, math, and science skills.