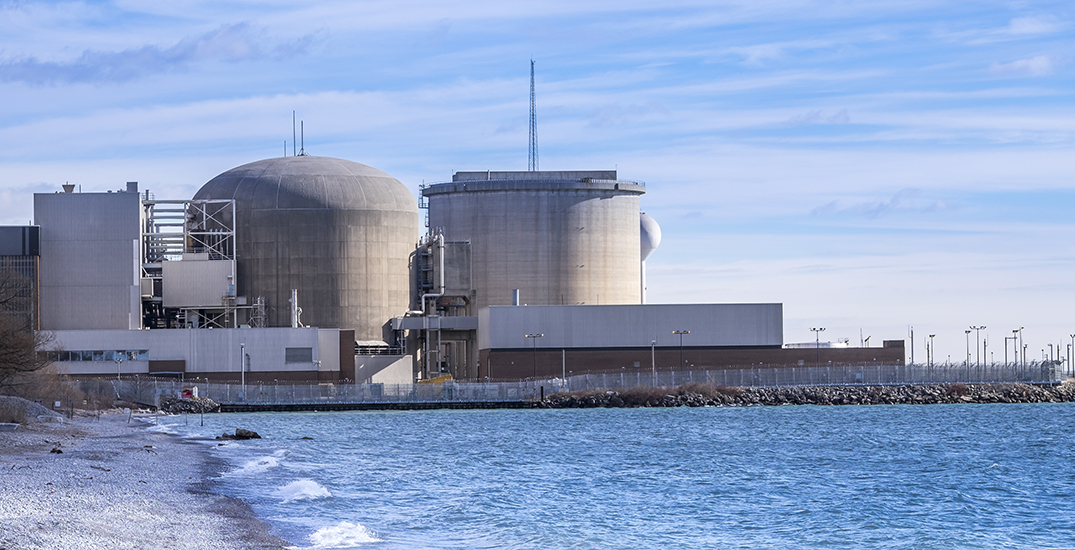 A provincial investigation into what led to the accidental Pickering nuclear station alert in January has sited human error and “several systematic issues.”

According to the investigation called by Sylvia Jones, Solicitor General, the alert regarding the Pickering Nuclear Generating Station on the morning of January 12 was sent across Ontario in error.

“Our government regrets the serious concern many people felt as a result of the alert,” said Jones in a statement, which accompanied a report of the incident and an action plan addressing its findings.

The report states that the Provincial Emergency Operations Centre performs routine testing of the public alerting system twice daily to ensure the alerting system is functional and available to issue an alert in the event of an emergency.

But on January 12, one of thee test messages was sent through the live public alerting system rather than the test system.

“The investigation concluded that while the immediate cause was human error, there were several systemic issues that contributed to both the false alert and the delay in issuing a cancellation,” said Jones.

The report indicates that there is an Emergency Management Ontario (EMO) “End Alert” procedure which addresses an alert sent in error, but there was no citing of this procedure during the communications on January 12.

It is the reason 108 minutes passed before residents got a second alert, clarifying that the initial alert was sent out in error. 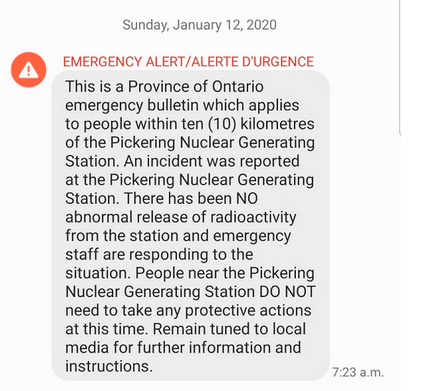 The province said the report’s findings are provided to assist in preventing a similar incident in the future.

The January 12 mass alert went out around 7:25 am, and before the province did, the Ontario Power Generation and the City of Pickering both confirmed it was in error.