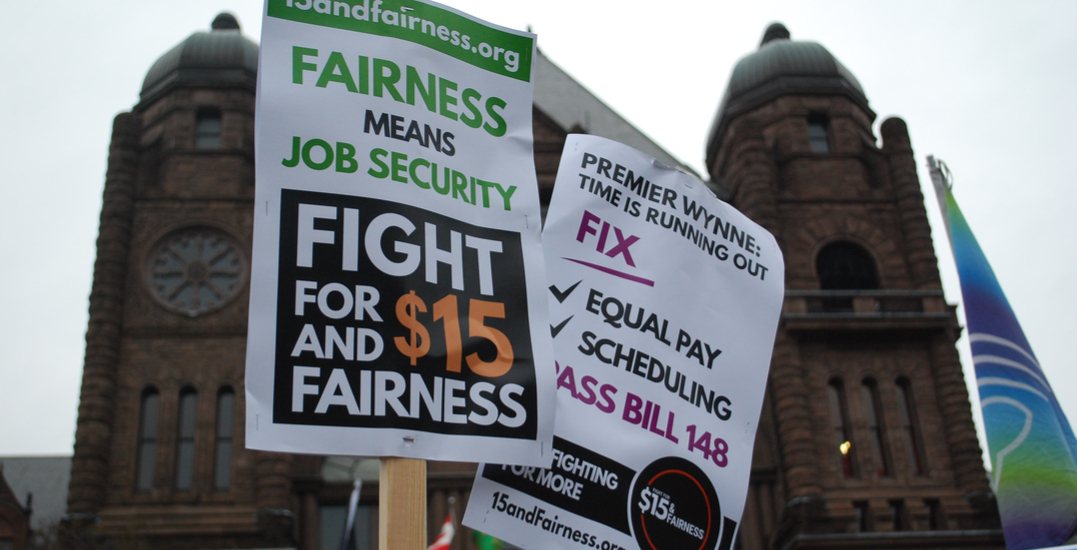 This move will bring fairness to Ontario workplaces and create more security and opportunity for vulnerable workers and their families.

The first changes to the Act will see the province’s minimum wage increase, first to $14 per hour on January 1, 2018, and then to $15 on January 1, 2019, followed by annual increases at the rate of inflation.

The Act will also ensure there is more fairness for part-time and contract workers by mandating equal pay.

If an employee’s child has experienced or is threatened with domestic or sexual violence, the employee can get up to 17 weeks off, including paid leave for the first five days.

There will also be an increase in vacation time, putting it in line with the national average by ensuring employees receive at least three weeks of vacation after being with the same employer for five years.

Finally, the Act will make employee scheduling fairer, by requiring employees to be paid for three hours of work if their shift is cancelled within 48 hours of its scheduled start time.

But not everyone is excited about these changes.

Earlier this year, the the Financial Accountability Office of Ontario (FAO) said that Ontario government’s proposed minimum wage hike to $15 an hour by 2019 would result in a loss off about 50,000 jobs.

Similarly, an economic assessment report by TD Bank, said that raising the minimum wage to $15 can generate benefits to the province, but the speed in which its being implemented will likely have a negative impact on employment.